Ephesus Ancient City is one of the most touristic places of Izmir, with Çeşme and Alaçatı. But, this place is the most historical place of the entire Aegen Region of Turkey. Nowadays, millions of tourists who love historical locations and the Ancient world visit Ephesus consistently, enjoying both ancient history and the natural beauty of the region. 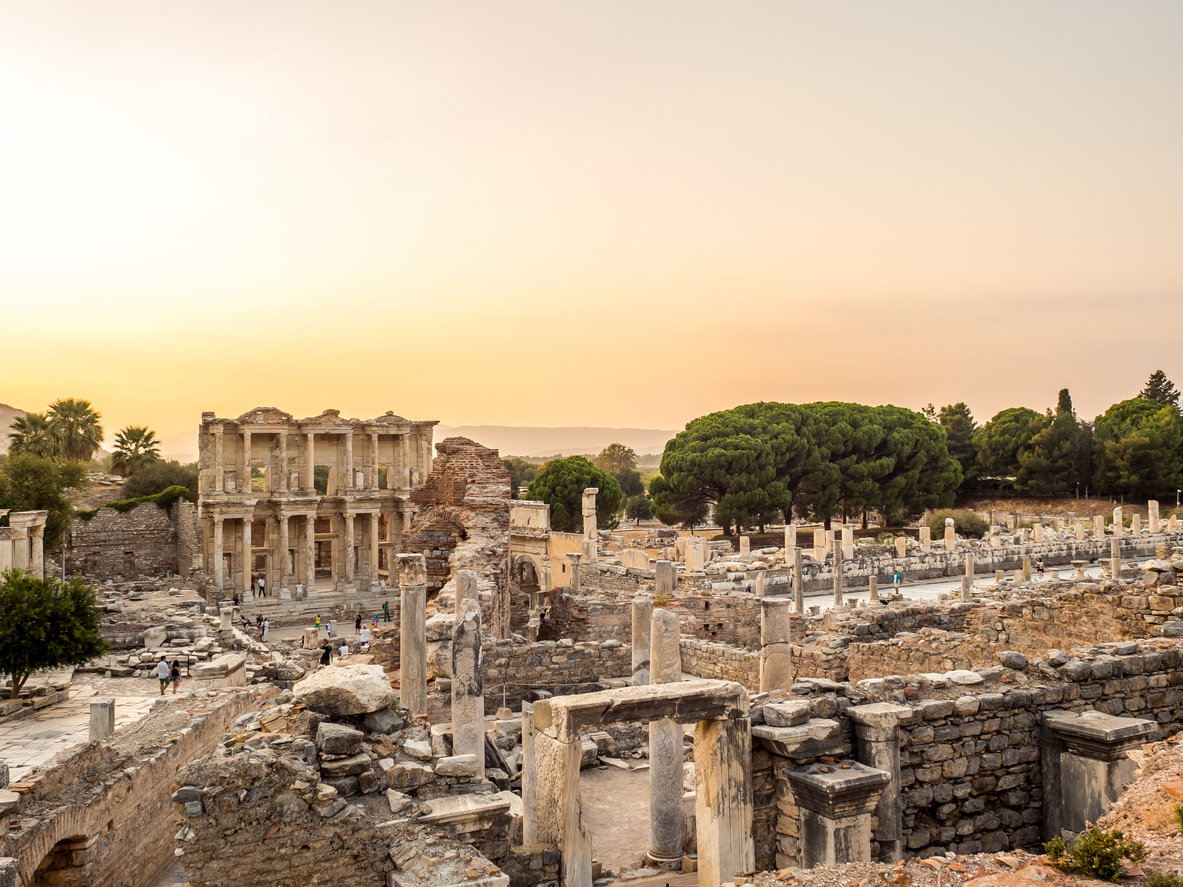 We believe that if you are a real ancient history lover, visiting one of the biggest ancient cities in the world will be your favorite vacation ever.

We all know that Ancient Greece and the great Roman Empire had crucial roles in the entire history. We basically live upon their legacies. While discovering Ephesus Ancient City, you can observe how people used to live and how governments were ruled back then. Plus, walking on the glorious paths of great emperors, philosophers, and of course the Greek gods, is a memory that you will never forget for your lifetime.

How to go to Ephesus Ancient City?

Ephesus Ancient City is located in the district of Selçuk, in Izmir. If you want to go to Ephesus, you can go by car, bus, or plane. Today, Izmir has bus stations, where numerous buses come from all around Turkey. Also, Izmir has Adnan Menderes International Airport which is located 60 kilometers away from Ephesus Ancient City, in Gaziemir. You can take flights during the day from a lot of locations to there. In order to check affordable prices to Izmir, you can search flights and book the most suitable option for your trip.

The Ephesus Ancient City is easily accessible from Izmir. Pegasus is ready to take you there with cheap flights to Izmir.

Minibuses depart from Selcuk, in Izmir, to the Ephesus Ancient City.

Origins of Ephesus Ancient City dates back to 6000 B.C. And today, it is one of the biggest ancient settlements in the world with its more than eight thousand years. Therefore, it is mostly recommended to spend more than a day in order to have a complete-tour around the ancient city.

Although the ancient city has two entrances, which are from the Magnesia Door, and the down entrance, you can visit the most important places regardless of which one you enter.

Here are the most important locations in Ephesus Ancient City. If you get a map from the entrance, you can locate these places on the map and get additional pieces of information.

Commercial Agora is the most crucial commercial and cultural place of the entire ancient city. It was built in 3rd century BC and become a commercial center during the Augustus’ era. Neron had contributed to developments of this place and Karakalla restored the place.

When you walk around the Commercial Agora you will see a lot of ancient stores that show how important this place was for both international and domestic trades.

State Agora, or also known as the Upper Agora, is the city square located in front of the Odeon. This place used to be a location where state ceremonies, state commercial activities, and religious rituals used to be held. On the other hand, you can reach the basilica, which was the stock market of the entire Ephesus, nearby the Agora.

This gate probably is the most photographic place of the Ephesus Ancient City. The gate is made of two strong columns, on which the figures of Hercules were pictured. You can come across the Gate of Hercules while passing down Kuretler Street.

In almost every ancient Rome cities you can see great theatres, also great odeons, which are the meeting locations. At these odeons, the noble people of the city used to come together and make decisions about the city’s future. 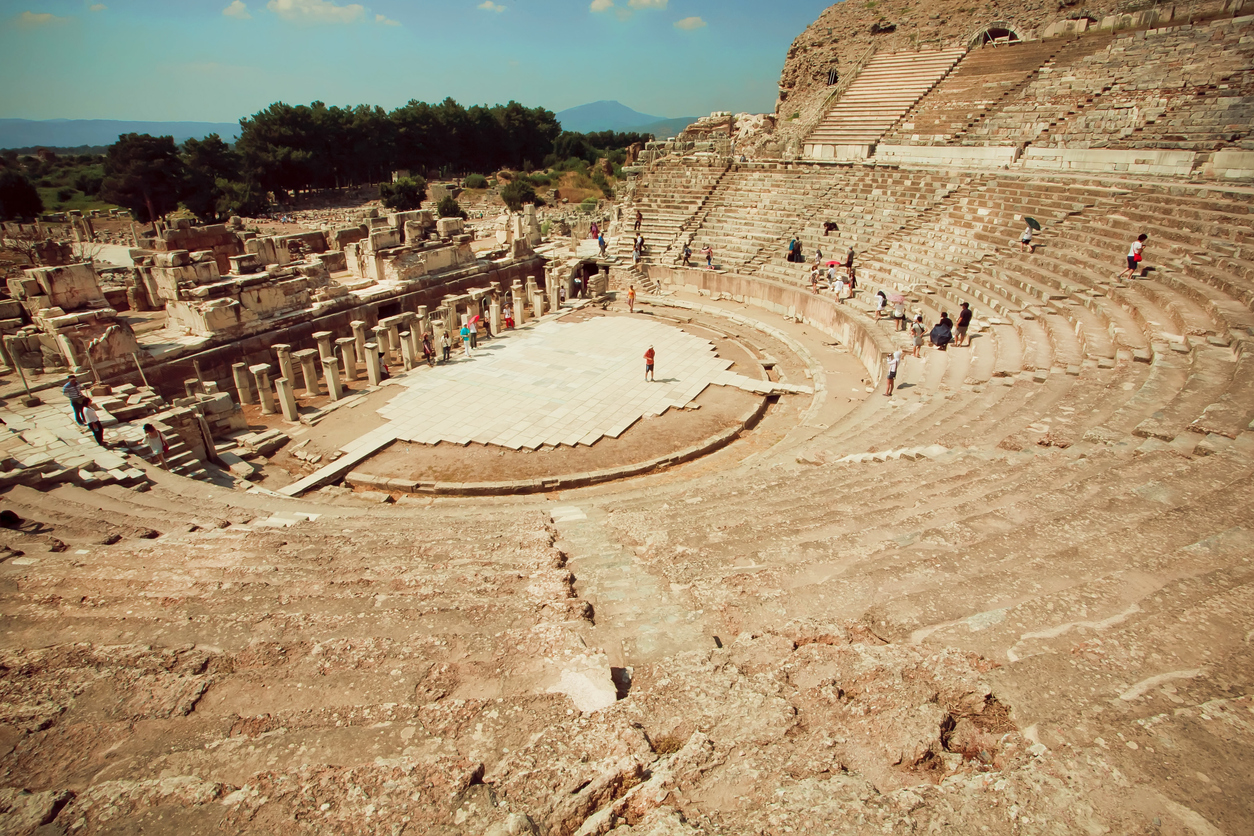 This ancient theatre is the world’s biggest open-air theatre. When you stand on the top of the theatre, you can see the entire stunning view of Ephesus.

Activities to do in Ephesus Ancient City

As an ancient residual, Ephesus provides its visitors all about ancient history. Besides the ancient city, you can visit the Ephesus Museum, the House of Virgin Mary, Selçuk Castle, and the Ruins of Artemis Temple. Moreover, you can visit neighbor locations like Şirince, and try delicious silky types of wines.

The House of Virgin Mary The House of Virgin Mary is the house in which the Virgin Mary is believed to have spend her last days. The house is currently a Christian pilgrimage site where  people all around the world come to visit. You can also make a wish to Virgin Mary on the wishing wall.

Artemis is the ancient Greek goddess of hunting and wild animals. The goddess was believed to be the protector of the city of Ephesus. Though it’s in ruins right now, this temple used to be a mighty structure. 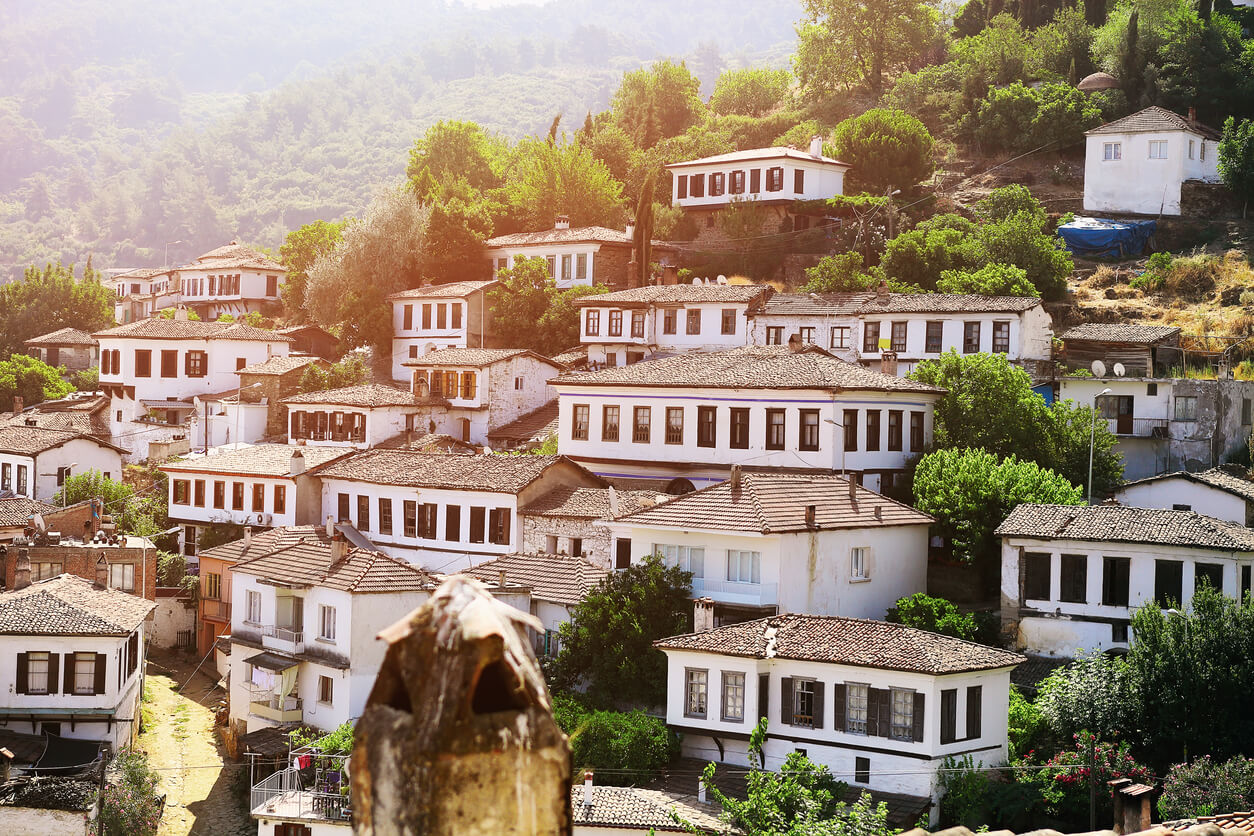 This cute village is a touristic hotspot. As well as having many photo-ops in this village that looks like a movie set, you can also check out the historical churches and enjoy the local tastes. We recommend Turkish coffee made in hot sand.

As the Ephesus Ancient City is protected, there are no hotels. However, there are numerous hotels, guesthouses and B&Bs in the towns and cities nearby, including Selcuk and Izmir.

You can get information about how magnificent Ephesus is anywhere you search, but there are some additional information may help you in Ephesus, which are: