Though Austria is a small country, it is so rich in history, culture and gorgeous natural sites. Approximately 62% of the country is covered with mountains. Thus, it is the ideal place for all kind of winter sports. Discovering this wonderland could be one of the best experiences you'll have. 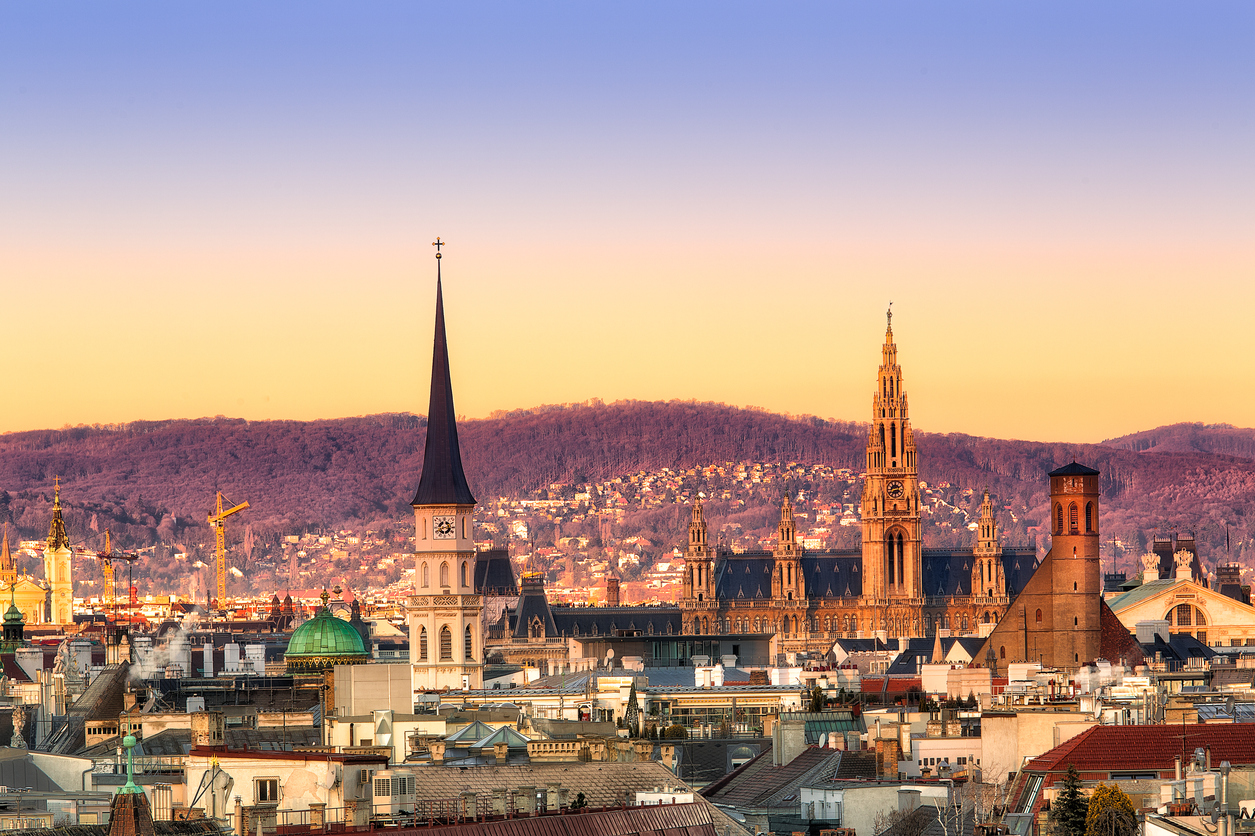 The official language of Austria is German. In addition, Hungarian, Bavarian German and Slovenian are spoken in the country.

Vienna is the capital of Austria. In addition, Vienna, the smallest province in terms of area, is the most populous city in Austria.

Austria has no shore and winters are cool. The average annual temperature is 10 °C.

Forests constitute more than half of the country's vegetation.

Austria is a small and mountainous country located in Western Europe. Its neighbours are Germany and the Czech Republic in the north, Slovenia and Italy in the south, Slovakia and Hungary in the East and Switzerland and Lichtenstein in the West.

Austria is a part of the moderate climate zone. In the Alps, there is much snow in winter, which makes them to a real winter sports paradise. In the lower regions, you have warm summers with a tempered climate.

The Alpine region offers an abundance of various flowers. The Edelweiss and gentian are national symbols of Austria. These flowers can only be found in the higher regions of the Alps. They are also shown on the Austrian Euro coins.

In history, the Austrian cuisine was influenced by the Italian, the Hungarian and the French Cuisine. Many local specialties are offered and they are all absolutely delicious. When you travel to Austria try at least some of them like the famous Vienna Schnitzel and the ‘Backhendl’, which is a very fine fried chicken.

Also, the sweets are quite famous as the Sacher cake. Enjoy this delicious cake with a nice cup of Austrian coffee. 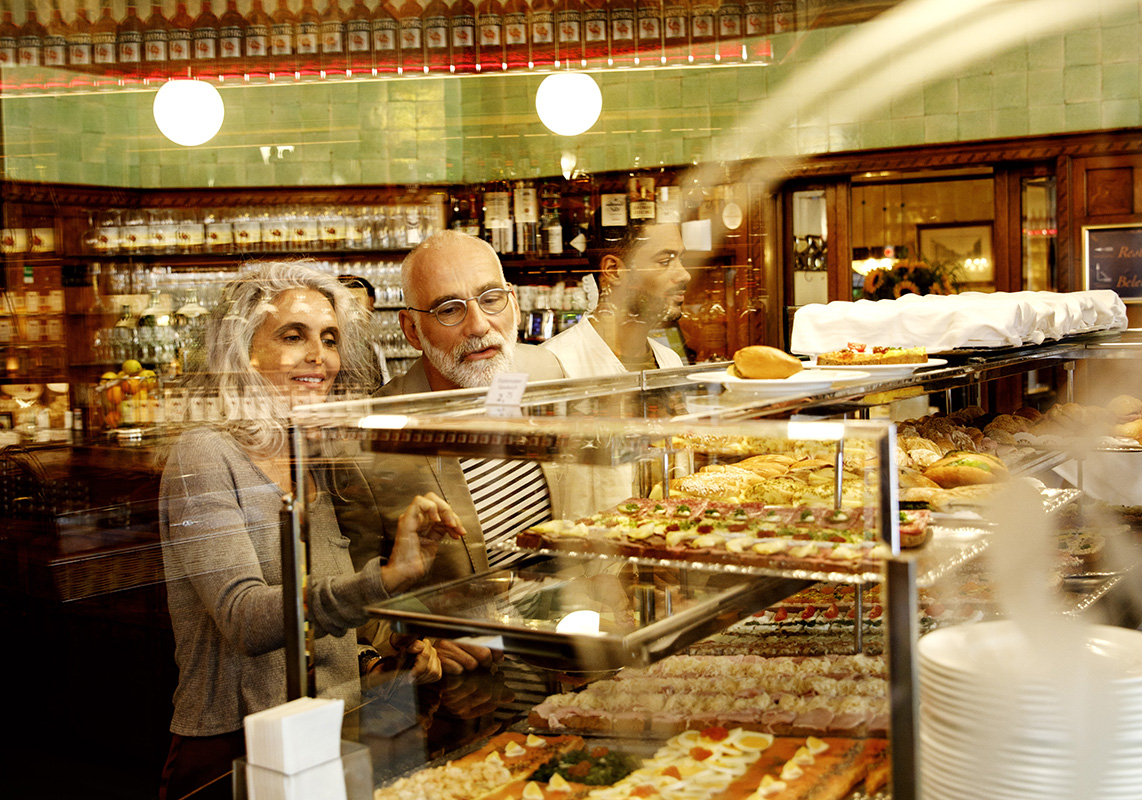 You can also try the apple strudel or the ‘Kaiserschmarrn’ (sweet cut pancakes with raisins) which’s translation means Emperor’s Nonsense.

Holidays and Festivals in Austria

Easter – This is a very traditional holiday in Austria and besides Christmas the most important one. It is celebrated with coloured eggs, traditional dinners, and various religious customs.

31st December: New Year’s Eve – The Austrians celebrate the last day of the year with several parties all across the country. The largest one takes place in Vienna.

Vienna Opera Ball – The most elegant and most beautiful ball in the whole Europe is definitely the Opera Ball in Vienna. Approximately 150 couples open the balls as debutants in snow-white evening gowns and tailcoats.

FM4 Frequency – This festival in St. Polten offers a wide range of music on seven stages. It is one of the most popular festivals in Austria.

Electric Love – One of the newer festivals for all techno and electro music lovers is the Electric Love festival in the north of Austria. It started in 2013 and gets more and more popular every year.

Thanks to the advantageous location in the middle of Europe there are many different ways of how you can travel to Austria.

The fastest and most comfortable way to travel to Austria is surely by airplane. Austria has six international airports. Reasonable tickets are available via the internet. It also offers a wide railway network with comfortable long-distance-trains.

Places to Visit in Austria

Austria, with its enormous structures and aesthetically pleasing cities, offers excellent places for tourists. This is especially true for Vienna, the capital, which is a tourism center. We have put together a list of places for you to visit in Vienna, where you will enjoy the nature and see unique and magnificent historical buildings.

If you are interested in culture, history, music, and art, then you have no other option than to visit the capital of Austria. The city of Vienna is not just special and very beautiful. It offers numerous museums, palaces, gardens, cafes and restaurant, all worth to be seen. 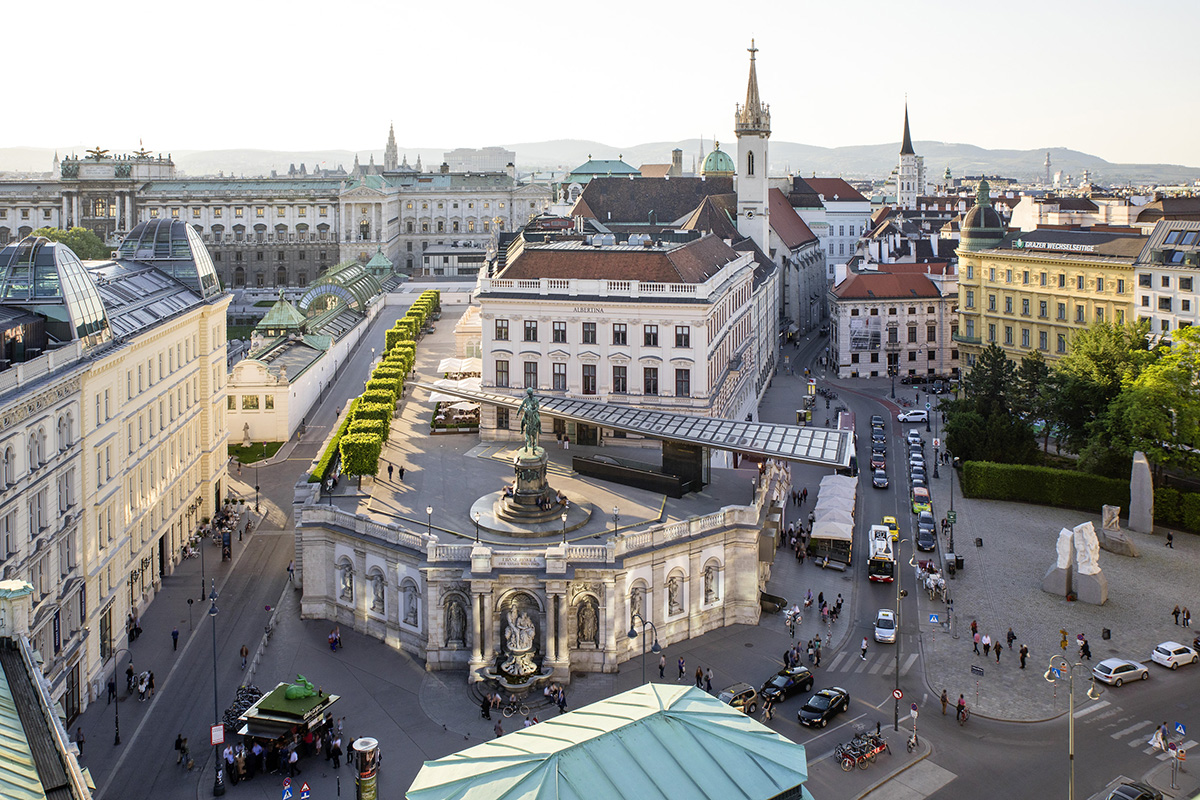 Have a coffee like Sissi, the famous Empress of Austria. This traditional coffee house near the Hofburg Imperial Palace offers besides a very delicious Viennese coffee the traditional and superb Sacher cake.

The ‘Wiener Prater’ or also called ‘Wurstelprater’ is one of the oldest amusement parks in the world. The large area of about 6km² offers an abundance of attractions and is open 24 hours a day and seven days a week. It is located in the second district of Vienna. 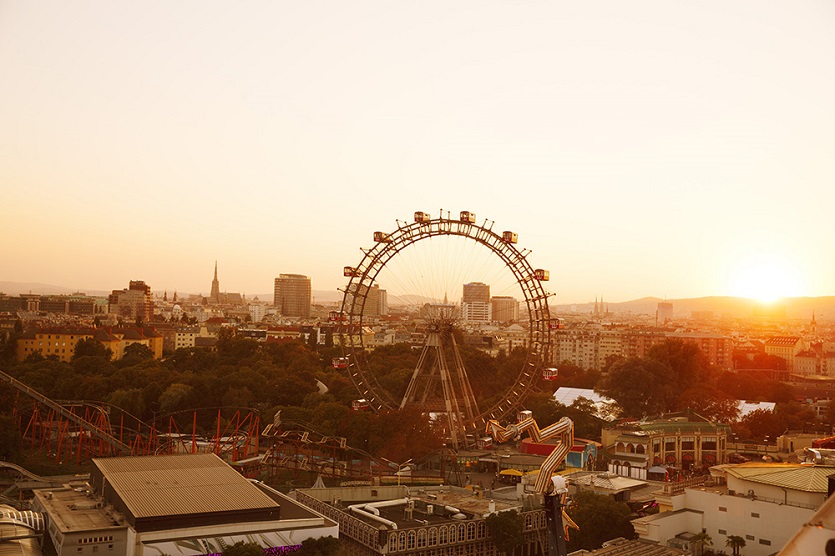 The impressive Hofburg in the centre of Vienna was the royal residence of the Habsburg dynasty until the First World War. The site of the palace includes several museums and the Spanish Riding School.

This stunning palace with over 1,400 rooms, a huge garden with a maze and a labyrinth and the oldest zoo in Europe is for sure the major attraction of Vienna. The palace was built between 1696 and 1712 by the emperor Leopold I. 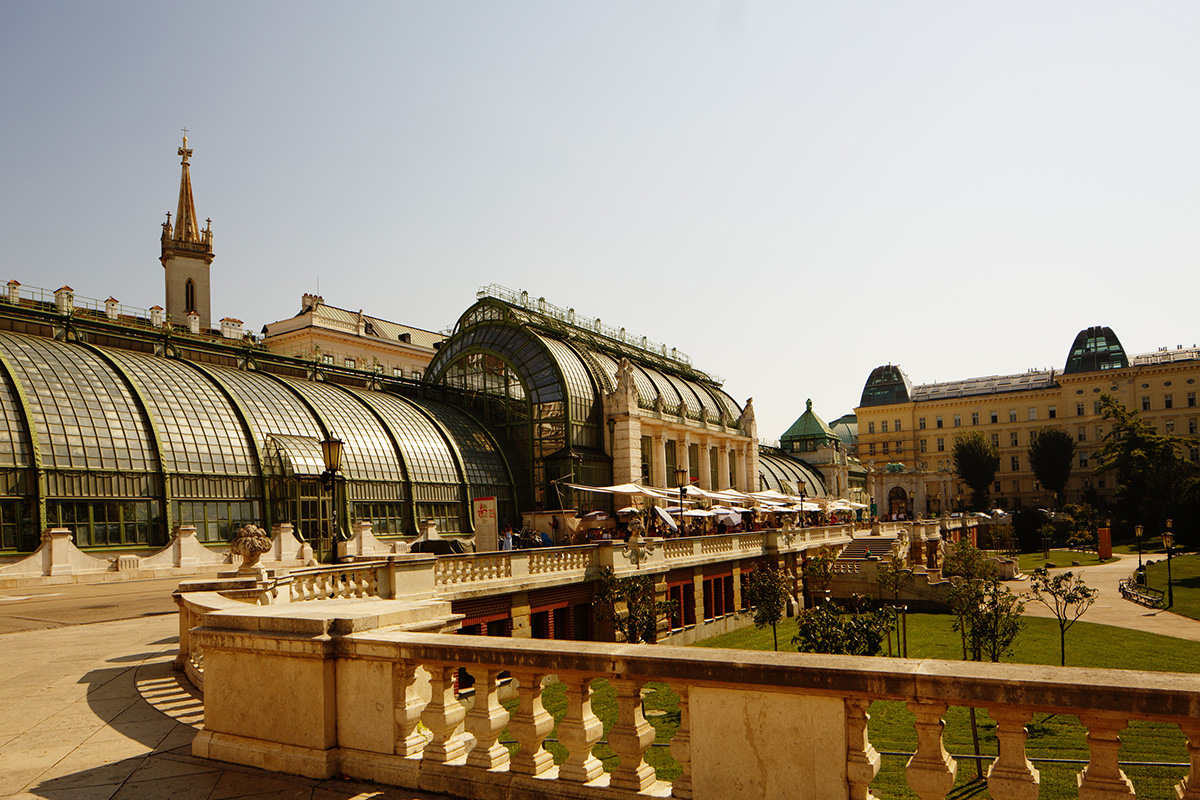 Meet Mozart’s home town. This charming city and the old town with its baroque buildings is a UNESCO World Heritage site. Enjoy the sound of Mozart during the ‘Salzburger Festspiele’ in summer. 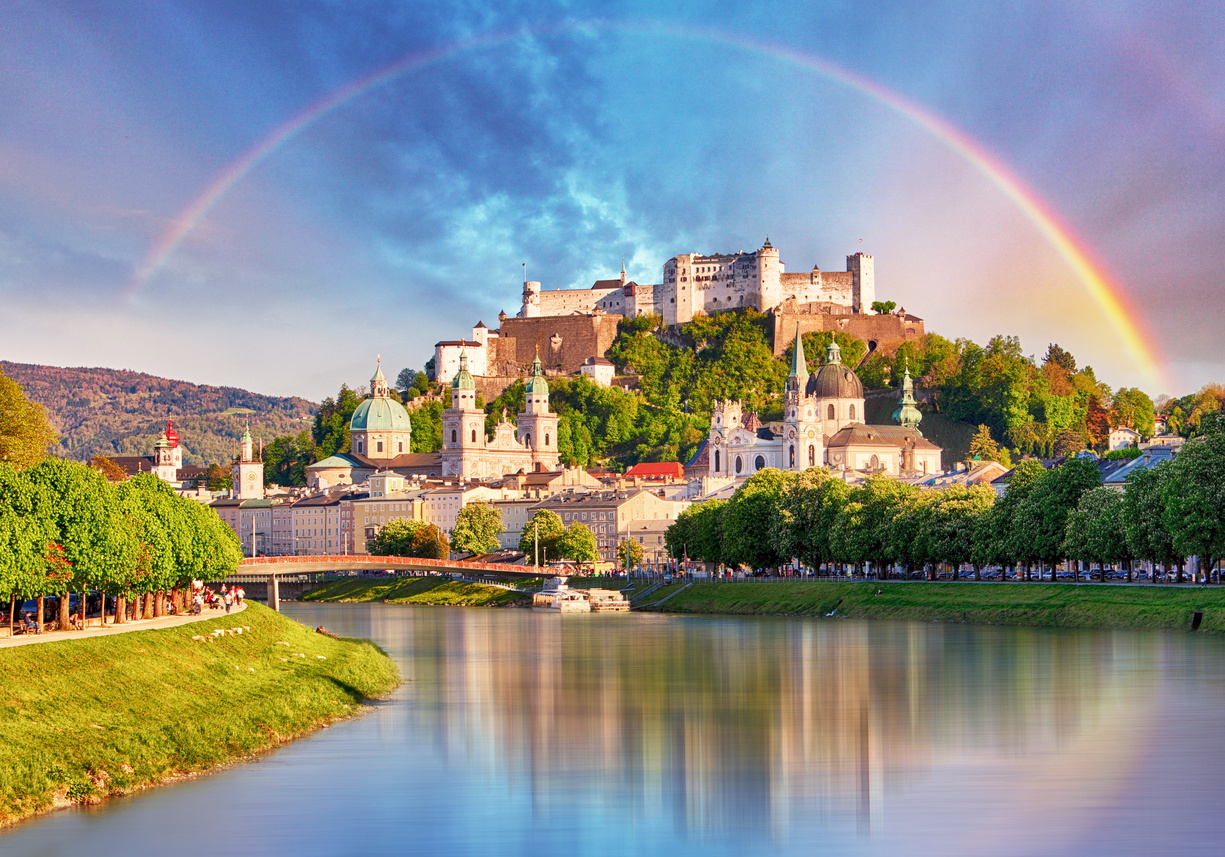 Zell am See and the Lake Zell are two of the typical and most beautiful Alpine destinations. Enjoy the clear blue lake and the view of the snow-capped mountains. This nice little town looks perfectly like a postcard motive.

The perfect destination for adventure and spa is the Salzkammergut near Salzburg. In this area, you will find in total 76 lakes, charming and relaxing villages, breathtaking alpine routes and all sorts of the spa.

Visit also the underground salt lake in Salzwelten and the Ice Cave on Dachstein Mountain. If you want to have the best spa holiday in your life you must visit the spa-town Bad Ischl.

On your way home from Austria you can buy Mozart chocolates to your loved ones or you can get t-shirts, magnets and cups with Gustav Klimt's works. Best souvenirs from Austria will make you remember your trip. You can also buy traditional Austrian clothing or buy a snow globe to remind you of Austria.

Things you need to know before traveling to Austria