Germany is a very versatile country whether you want to go for winter sports, culture, wellness and health, hiking or water sports. You will find all of these opportunities in Germany. Large cities offer plenty of shopping opportunities and nice city centers. The countryside is famous for its untouched nature and relaxing sights. Enjoy yourself during a walk in the forest or while exploring the exciting cities with many cafes, museums, and restaurants. Despite the traditional German food, you will also find many restaurants offering delicious international cuisine. 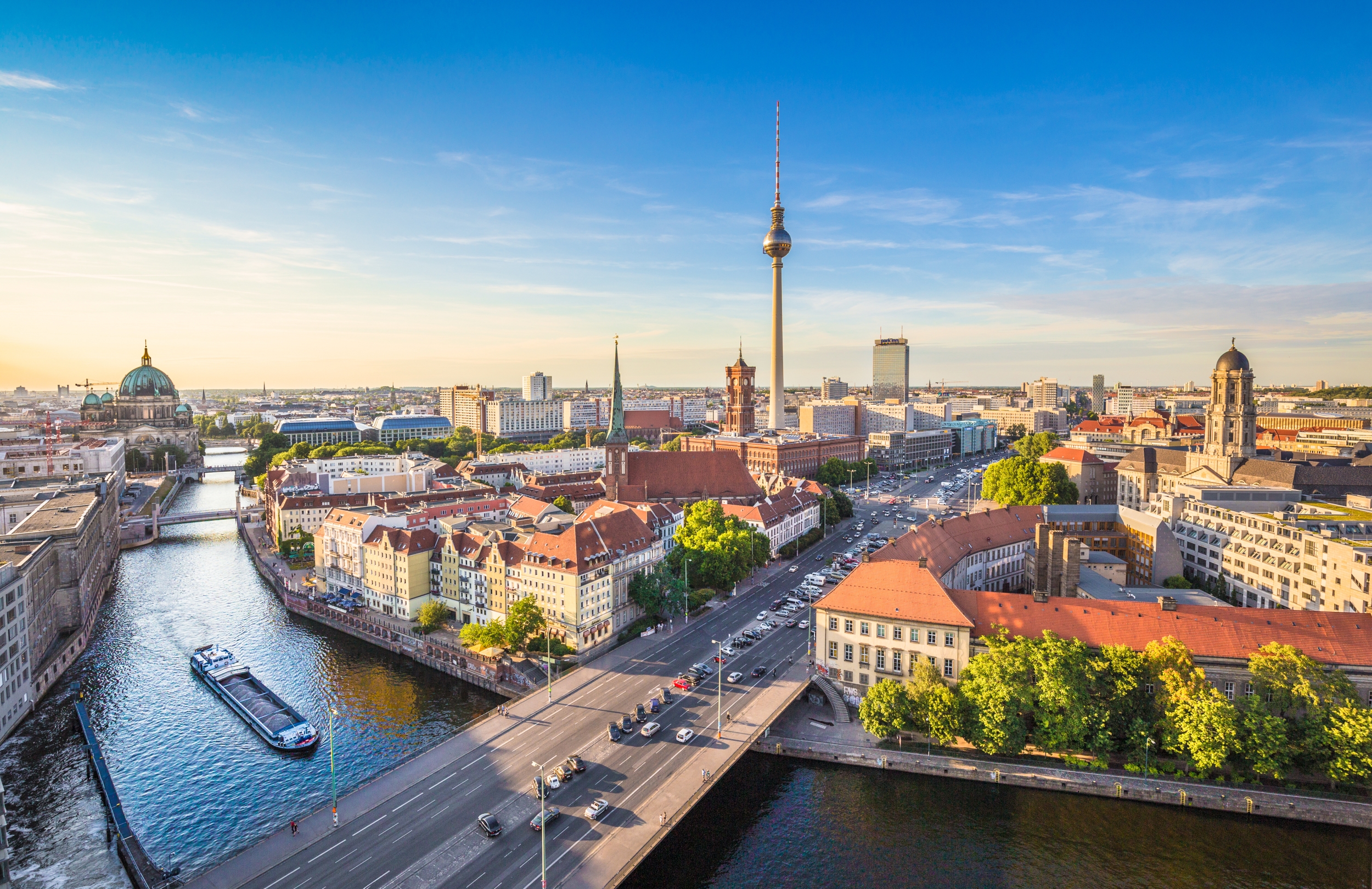 German is the official language in Germany.

After the reunion of East and West-Germany, Berlin became the capital city of Germany in 1990.

The Population of Germany

The current population of Germany in 2018 was approximately 82.8 Million. About 23 percent of the population have an immigration background.

Germany is located in the north of Western Europe between The Netherlands, Belgium, and France in the West and Poland and the Czech Republic in the East.

The country follows the Greenwich Mean Time GMT/UTC +1. As daylight savings time is applied in Germany, the time zone from March till October is GMT/UTC +2.

Germany belongs completely to the moderate climate zone. But as the country offers a wide range of different regions from seaside to mountains, you will find cool summers in higher regions as well as mild winters in the lower areas. The summer months in Germany are generally not as hot as for example in southern countries in Europe.

Depending on your preferences, Germany is worth visiting and enjoying the weather for all seasons.

Germany is one of the best-wooded countries in Europe. About 32 percent of the country is covered with forests. The most common trees are Norway spruces, Scots pines, copper beeches, and oak trees.

In total there are approximately 9,500 species of plants and about 14,000 types of mushrooms.

There are various ways to travel to Germany. You can reach the country by ship, train, car and by plane, which is actually the easiest way. There are 16 international airports in Germany. Most of the large cities like Berlin, Munich, and Cologne can be reached easily from most countries.

If you are traveling within Germany a wide railways system and 18 national airports are at your service. 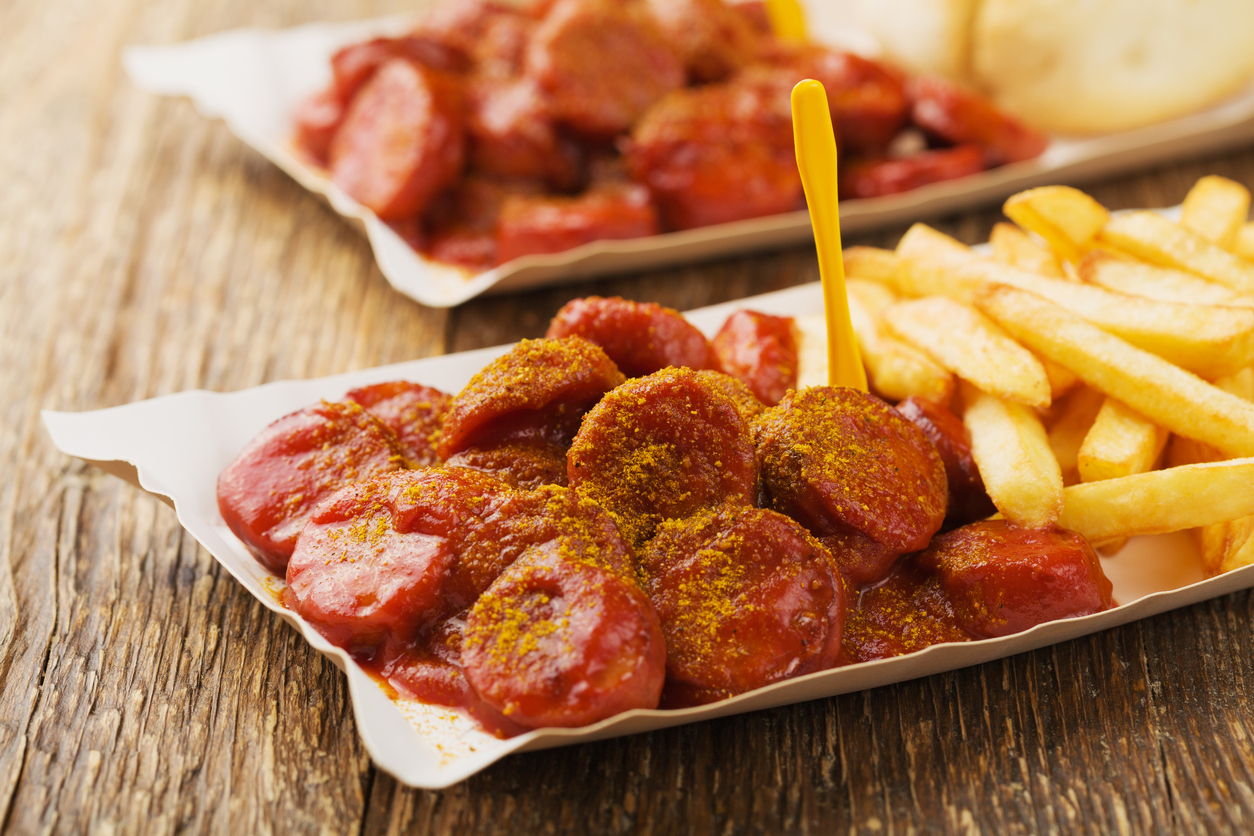 In Germany, every area has its own traditional kitchen. If you stay in the south, you must try ‘Maultaschen’ which is a kind of German Ravioli. On the other hand, The North Sea region is famous for its fish, especially herring in many different ways, from salad to pickles.

Some dishes even have funny names such as "Handkäs mit Musik" which is translated as "hand cheese with music" and it is Harz cheese pickled with onions, vinegar, and oil.

Holidays and Festivals in Germany

31st December: New Year’s Eve – The last day of the year and the beginning of the New Year is celebrated with huge parties all around the country. The largest party takes place in Berlin at the Brandenburger Tor.

Easter – This is a Christian Holiday and is celebrated with the family. Elders hide coloured eggs, chocolate rabbits and chocolate eggs for the children, so they have to search for them. Easter in Germany is celebrated with a traditional dinner, which is a roasted lamb.

Fasching – Germany Carnival is celebrated from February till March. In this time many cities organise parties and traditional parades. Especially in south Germany and in Cologne, this festival is very important.

The Wacken Open Air is one of the largest and most important festivals in Germany. More than 90,000 visitors travel to the small city in north Germany named Wacken to be a part of this wonderful event.

Places to Visit in Germany

Germany offers numerous touristic places and sights which are worth to be seen. The following part will introduce some of these places. 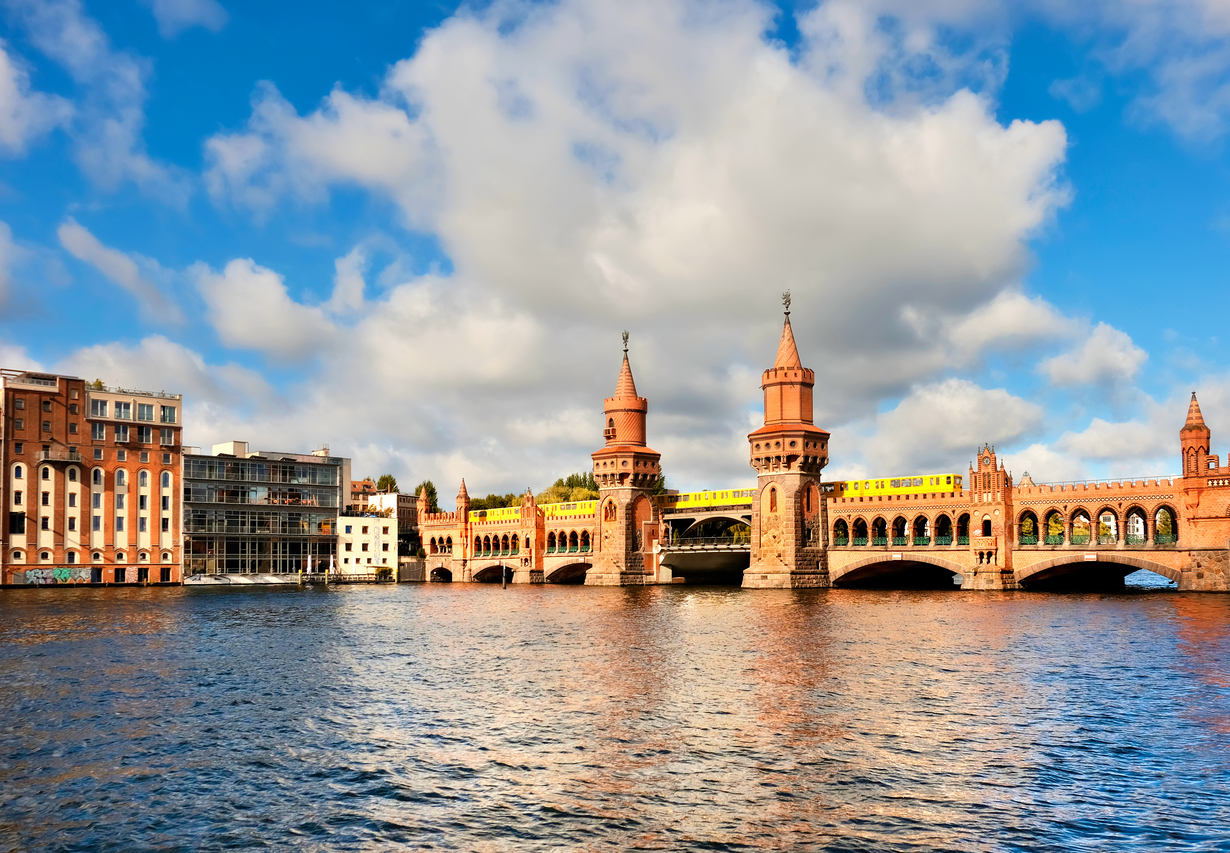 The government Building Reichstag was restored by the famous architect Norman Foster. The building is well known for its passable glass dome.

Additionally, Berlin hosts a large number of various museums, which are mostly located on the museums' island.

Sylt and the North Sea

The adorable island Sylt can be easily reached by train, as it is connected to the mainland by a single dam called the Hindenburgdamm.

The whole North Sea region is famous for its healthy climate. It offers a wide range of water sport activities and beautiful coasts and beaches. 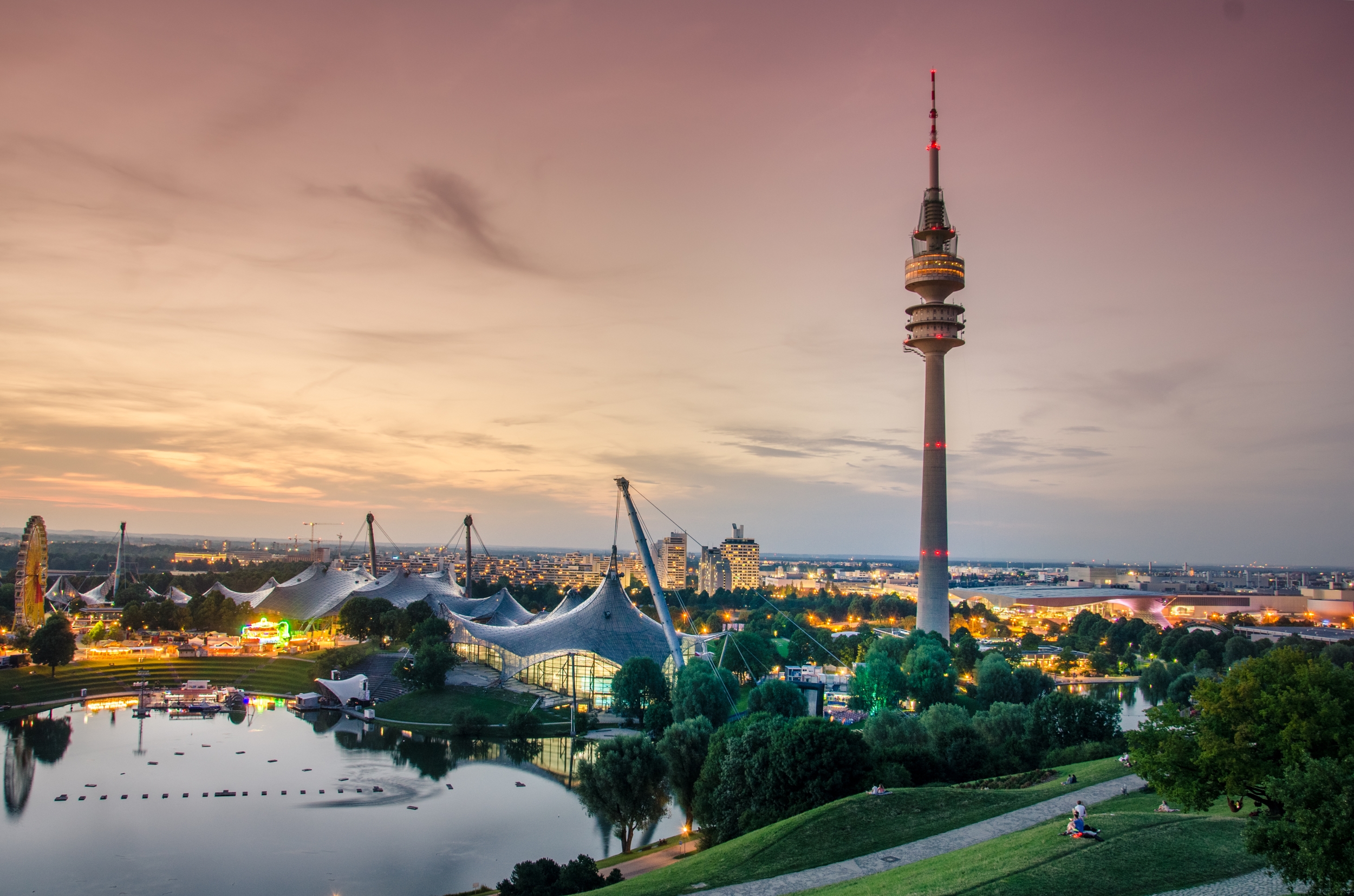 Enjoy the southern serenity in one of the traditional beer gardens in Munich. Though Munich is one of the largest cities in Germany, it does not appear like that. The Bavarian people are calm and friendly and the city offers many traditional restaurants, modern cafes, beautiful parks, and Germany’s largest funfair; the Oktoberfest.

Germany has many castles. But this castle is without any doubt the most romantic and most beautiful one you will have ever seen. Located on the top of a hill it looks like it has just come out of a fairy tale. 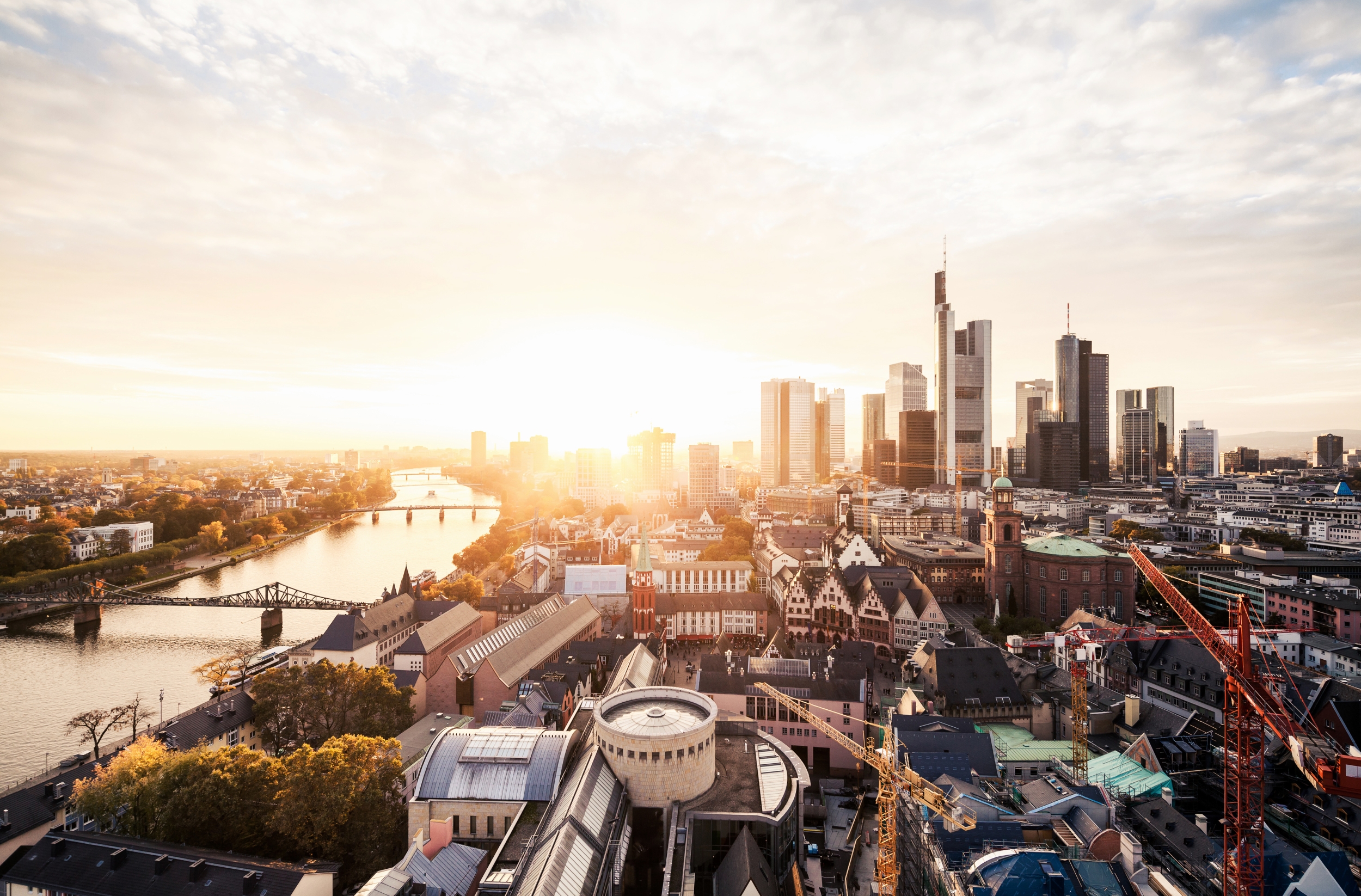 Frankfurt is not just the financial center of Germany and the home town of the European Central Bank. It is also the intercultural capital of Germany. You will hardly find any other place where people of various nations live peacefully next to each other.

Frankfurt is also the home town of the famous poet and writer Johann Wolfgang von Goethe. The city attracts many visitors with its well-known fairs like the International Motor Show (IAA).

The city of Hamburg is definitely the capital of musicals. Nearly all famous shows like ‘The Lion King’ or ‘The Phantom Of The Opera’ were shown on Hamburg stages. Enjoy at least one of the amazing shows while you stay in this beautiful city. Do not miss to take a relaxing walk at the Alster promenade.

Especially for cyclists, the Lake Constance and the surrounding area is very appropriate. You can explore the wonderful nature around the lake by bike using the excellent cycle path network. If you are keen on water sports you can benefit from the various possibilities all around the lake.

Located in South-Germany, the Black Forest is the highest and largest low mountain range in Germany. It is also the most important touristic area. Densely wooded Black Forest offers various opportunities for its visitors. Traditional villages, winter sports, and romantic hiking trails are just some to be named.

Things you need to know before going to Germany