Kosovo is a young country with a lot of history at its core. Whether you want to go to see the country, the historical sights or to try the food, you will enjoy your visit to Kosovo. 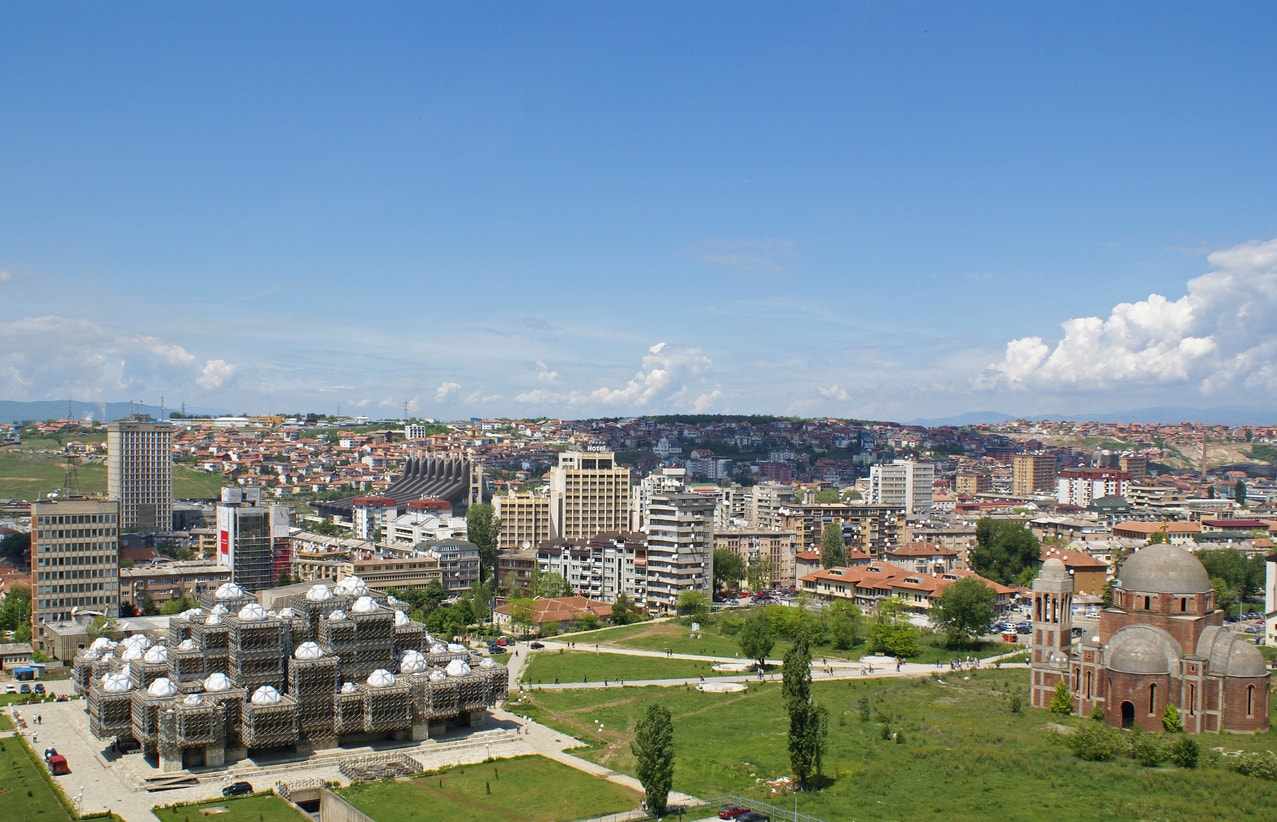 The language that is officially accepted in Kosovo is Albanian and Serbian. Besides these, Bosnian, Romany and Turkish are also commonly used languages. Majority of the population speak in Albanian, and the rest use other languages.

Pristina with the 200.000 population, is the capital city of Kosovo. Also, it is the largest city in Kosovo.

Kosovo’s currency is the Euro. Although in some places you may rarely use Serbian dinars.

The flora of Kosovo covers forests due to Adriatic and Mediterranean seas effects. 40% or more of the mountain areas are covered by trees, mostly oak and beech.

Kosovo is located in the center of the Balkan region. Serbia surrounds the country in the north and east. At the south; Macedonia and at the west; Albania and Montenegro are the other neighbors.

The climate is continental in Kosovo. Thus, it is cold and relatively dry in winters while warm and humid in summers. The mountainous areas are notably cooler in summer, about (18° C). Between May and September are the best times to visit in terms of climate. In the summer the average temperature in Pristina is between 15° C and 19° C. 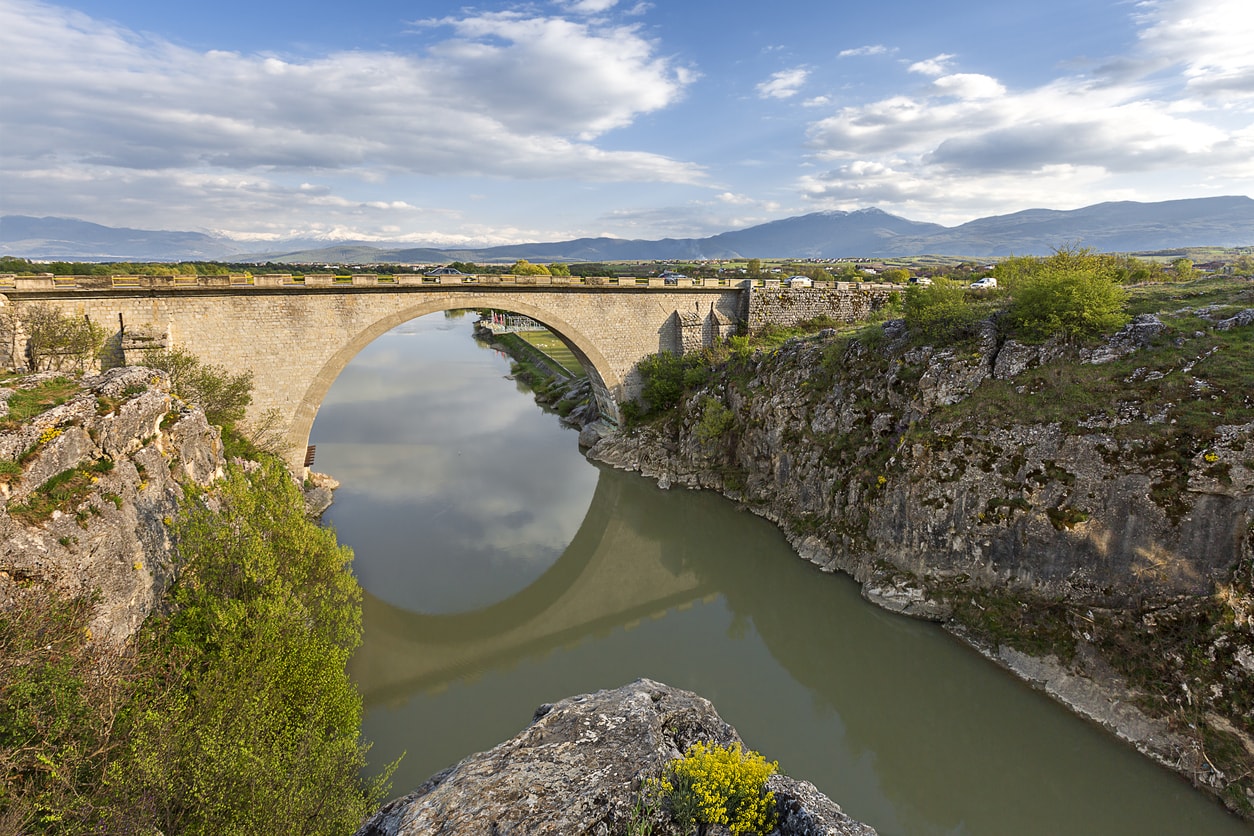 How to Get to Kosovo?

Public transportation in Kosovo is still under development, and there are no metro services in the city. On the other hand, there are 14 bus lines in Pristina. If you have time, and you would like to visit the city in a tranquil mood; a cheaper alternative to taking the bus is riding a bicycle. Taxis are also available.

Transportation from the Pristina International Airport to the City Center

Places to Visit in Kosovo

There are many museums, mosques, historic buildings and parks in Kosovo. Authentic streets that cover full of cafes, restaurants, and shops invite you to a unique experience. If you are interested in visiting Kosovo, you can check out the suggested travel experiences below.

This is the Pristina's main museum, and after extensive renovations, it is reopened. The displays include items even from the Bronze Age. There are various statues and monuments to Dardanian gods and goddesses.

If you are interested in Kosovo culture, this is the best place to visit. This charming Museum of Kosovo annex is located in two well preserved Ottoman houses. The properties and the various unique pieces of clothing, weapons, jewelers and household items are on display.

Sultan Mehmet Fatih Mosque or imperial mosque, as locals call, was built around 1461, on the orders of Mehmed the Conqueror. During the Austro-Hungarian era, the mosque was converted to a church. After WWII, it was renovated again. Today, it is the most important mosque in Kosovo.

This monument represents the independence of Kosovo, which is gained in 2008. Every year, they repaint the monument in a different style on the country’s anniversary.

The Orthodox Church was built in the 17th century and renovated between 2004 and 2009. Most of the distinct parts are damaged in 2004 by the fire. The church was the only functioning Serbian Orthodox church left in Pristina till it is burned.

According to written records, the mosque is constructed in the 15th century. This mosque was fully renovated in 2015 by the Turkish government. It demonstrates the Turkish baroque style. Besides the Islamic value, the mosque has special importance in terms of its architecture and the cultural-historical landscape of the city of Pristina.

Where to Stay in Kosovo?

There are many accommodation options in the city center of Kosovo. You can rent a flat or stay in varied alternative places, from hostels to 5-star hotels. It is easy to find rental apartments around Luan Haradinaj street. Moreover, you can find budget choices around the Pristina City Park.

What to Eat in Kosovo?

Kosovo has a range of traditional foods. There are many different foods that fit different dietary choices you can try amongst the local cuisine, whether it be meat, seafood or vegetarian food. Here is a list of things you must try while in Kosovo.

Make sure you try;

An authentic place to shop is the Bazaar you can find from vegetables to clothes in this attractive market. Go through Mother Teresa Boulevard from the statue of national Albanian hero Skanderbeg to Grand Hotel, if you would like to buy souvenirs. This zone is the main pedestrian street of Kosovo with full of cafes, street musicians and souvenir shops. There are many souvenir alternatives: Durable leather goods, carved wood, musical instruments, decorative items made from silver, brass, copper, and wood, are some of them. Steel rings, necklaces, and bracelets are also charming.  You can buy many handmade gift items, including decorative cushions, fridge magnets, brooches, pins, mugs, and key chains, as well. The goddess on the Throne, called as Hynesha, is another unique gift alternative.

Things to Know Before Visiting Kosovo

Since the majority of its population is young, Pristina is the heart of Kosovo nightlife. There are many bars and clubs, which present varied music alternatives, such as hip hop, jazz, rock, and more. The common party days are Wednesday, Friday, and Saturday. There are no mandatory dress code requirements, local people generally wear casual clothing, such as jeans and shirts. The main entertainment zones are around Garibaldi Street and Peyton Neighborhood. There are various bars, pubs, parties, and clubs in this area that are open until morning. Kombetar-National Theatre at the Mother Teresa Boulevard is a good option to follow cultural activities in Pristina.

Some countries citizens can visit or transit Kosovo without a visa requirement for up to 90 days within 6 months by using a valid travel document, identification card or a document confirming their identity and nationality. To see the requirements for different nationalities, please check visa requirements.,

You can learn the details of the Kosovo visa application process from the "Kosovo Visa Guide" article.

When did Kosovo become an independent country?

Albania is one of the first countries that officially announced its recognition of the sovereign Republic of Kosovo.

What is the legal name of Kosovo?

The Republic of Kosovo is the legal name of Kosovo.

What are the districts of Kosovo?