Switzerland is a country that has not seen the war for many years and as a result is a technologically, economically and politically highly developed country and a prosperous society. Switzerland is an admirable country with its nature, order and the value given to people in society. It welcomes many visitors each year with its unique culture and natural beauties due to its location on the foothills of the Alps. 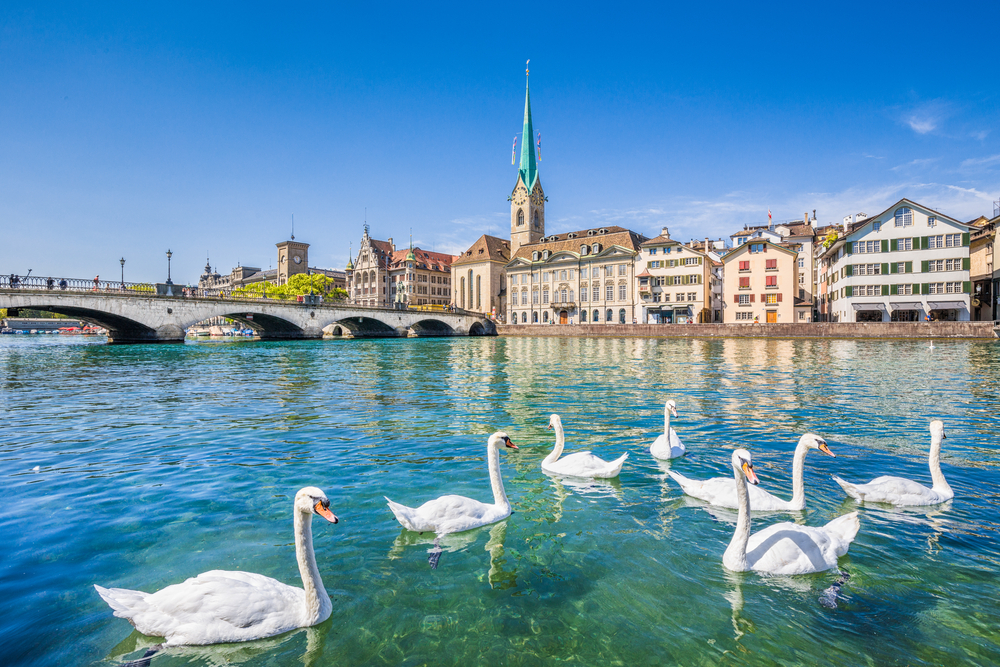 Switzerland has 4 official languages: German, Italian, French and Romansh. However, in most cities of the country, German is the most widely spoken language. Several foreign languages can be selected at school in Switzerland. Living in a multilingual country can sometimes require extra work. In food products, for example, the list of materials must be published in German, French and Italian. It is still a great pride for Switzerland to be multilingual.

Despite its small surface area, Switzerland has surprisingly different climatic features. All European climate zones meet in the Swiss mountains. Therefore, while the Atlantic climate is observed in the west due to the gulf flow, the continental climate in the east, the Mediterranean climate in the south, and the transitional climate of Central Europe are dominant in the north.

Switzerland is in the GMT+2 time zone.

The Swiss currency is Frank. Although the country is not a member of the European Union, you can pay in Euros, especially in tourist areas.

Switzerland is a mountainous country with few plains. Switzerland is divided into three geographical regions: Mittelland, Alps, and Jura (Swiss hills). Approximately 10% of the country's surface area consists of rugged hills and mountains, the Jurassic region, the Alps constitute about 60%. Switzerland is covered by numerous lakes, the largest of which are Geneva (Lèman) and Constance (Bodensee). The Mittelland region, where more than two-thirds of the country's population lives, has become the agricultural region of Switzerland with its fertile soil and has developed as a trade and industrial zone due to the intersection of many roads. Forests cover 23% of the country. Pine, walnut, chestnut and oak trees are abundant. The timber needs of the country are met with the help of these forests.

The service sector constitutes 73 percent of the Swiss economy. Livestock and agriculture, which is an important source of income for the Swiss economy, correspond to a serious portion of the country's exports. Swiss milk and dairy products, chocolate and cheese making have enormous capacities for the world and European market, while the main driving force and fundamental dynamics of the Swiss economy are the banking and financial sector. Switzerland has a strong position in the banking and finance sectors. One out of every 20 employees works in banks and insurance companies. Switzerland is also home to many multinational companies. Tourism in Switzerland is also one of the major sources of income.

Switzerland is located on the European Continent between the Swiss Plateau, the Alps, and the Jura Mountains. The landlocked country has borders with Italy, France, Germany, Austria, and Liechtenstein.

Switzerland's peak season is winter and summer. In colder months, the country's snowy slopes are filled with skiers, snowboarders, and snowballers. During the summer months, some of the best and biggest festivals in Europe attract many tourists from all over the world.

How to Get to Switzerland?

The fastest and easiest way to get to Switzerland is by air. Pegasus has flights to Geneva Airport, Basel Mulhouse Airport, and Zurich Kloten Airport. You can fly directly from Istanbul or consider connecting flights from cities like Ankara and Izmir. Direct flights from Istanbul take about 2 and a half hours.

It is possible to reach almost any point in Switzerland by public transport such as buses and trains. Ticket fares are a bit high. However, it is possible to make a more economical journey with discount cards. Swiss Travel Pass and Swiss Half Fare Cards are valid for all journeys by train. Supersaver tickets are one of the economical alternatives you can use during a day. Zurich Card will make your trip easier in Zurich. In the small country of Switzerland, the public transport system is well developed. Therefore, taxi or car rental alternatives are not used much.

The transportation to the city center from the airport in the Kloten area takes about 12 minutes by train departing every 10 minutes. You can also use the shuttle buses of airline companies to reach the city. All shuttle buses are gathered very close to Terminal 1.

Places to Visit in Switzerland Zurich, which is located on the shores of Lake Zurich, is not the capital but the largest city of Switzerland (Bern is the capital of Switzerland). The city, where almost one in three people are millionaires, is always in the top three on the list of the most expensive cities in the world. It is the most cosmopolitan city in Switzerland. Although German is the official language in the city, French and Italian are other commonly spoken languages. Zurich is one of the safest cities in the world. Zurich, known as the cultural capital of Switzerland, has many buildings and places to see. The Grossmünster Church and St.Peter's Church are located in the Altstadt, known as the Old Town. China Garden and Lindenhof Hill are some of the must-see attractions. 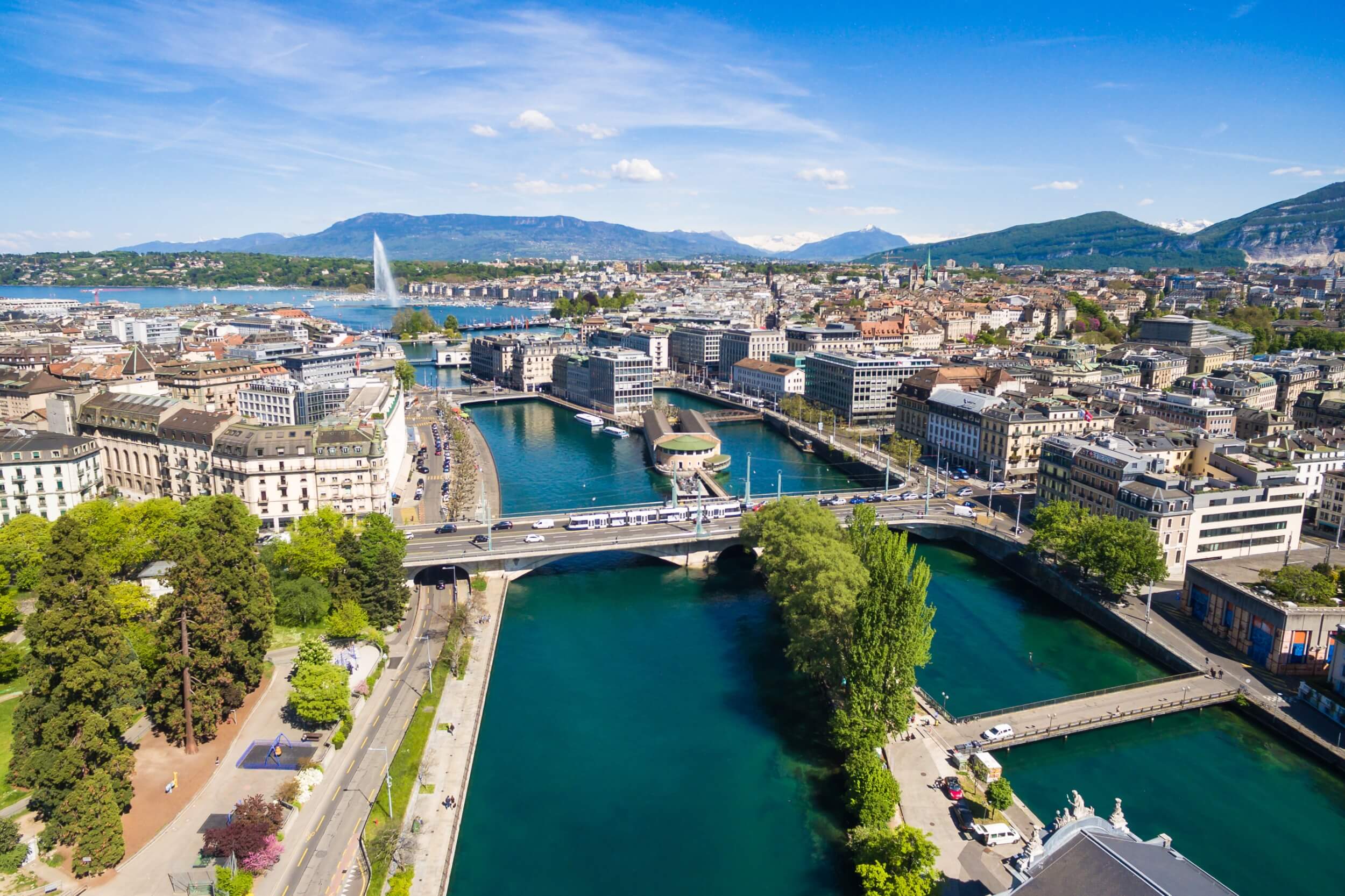 Geneva is famous for its lake walks, large shopping malls, clean streets, luxurious cafés, design hotels, and historic gothic buildings. It can be a convenient route for those who plan a quiet trip. Especially if you are interested in winter tourism, you can easily reach many ski spots from here. Geneva, a cultural city with 4000 years of history, is also known as the center of international organizations. The Cathedral of St. Pierre, the Reformed Memorial and Reform Museum, and Neuve Square are among the historic buildings and places of importance. The Jet d’Eau Fountain is one of the symbols of Geneva. 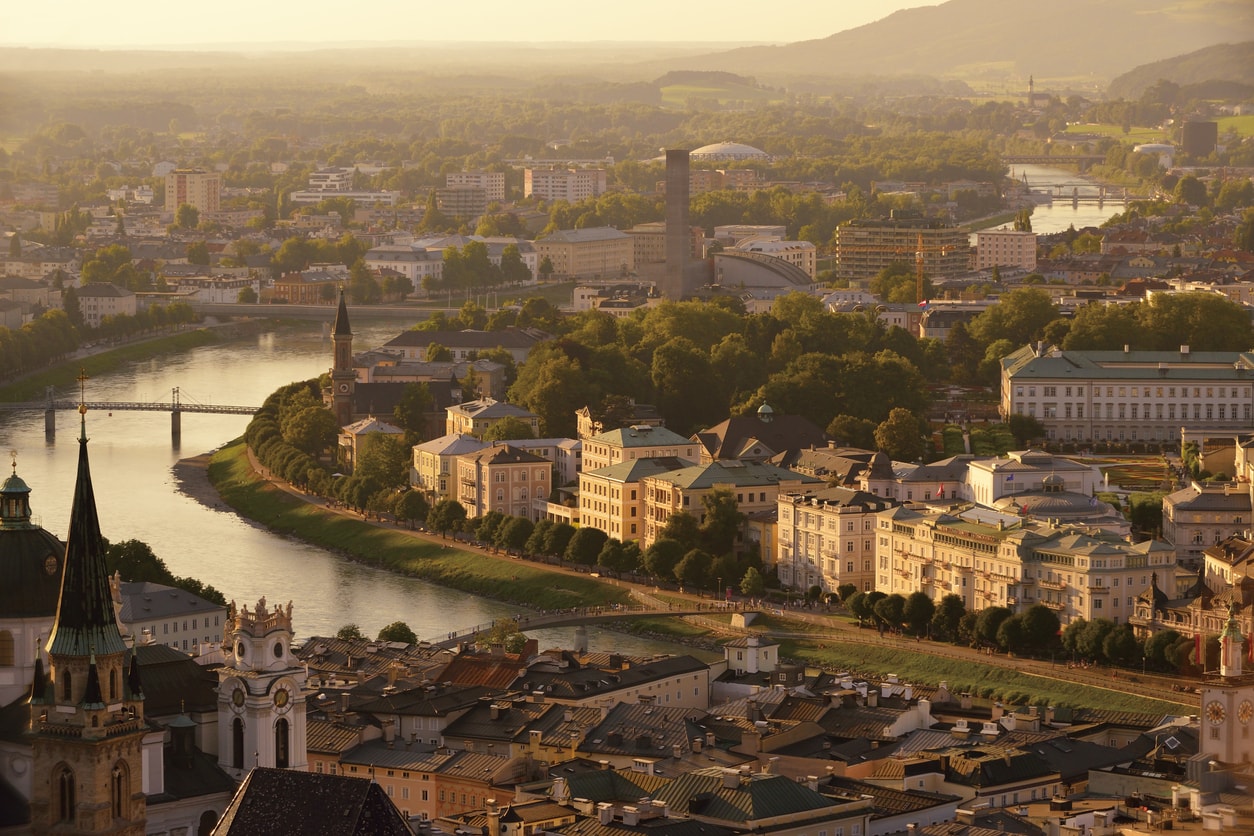 Basel is one of the must-visit places in Switzerland with its architectural features, peaceful streets, and art-smelling atmosphere. With its medieval architecture, world-famous museums, art galleries on every corner, and peaceful surroundings, Basel is one of Switzerland's most popular tourist destinations. In the middle of the Rhine River, the city is divided into Grossbasel (Big City) and Kleinbasel (Small City). Known as the Old Town, Grossbasel has historical buildings. Kleinbasel stands out with its nightlife and modern art galleries. Basel is a city full of art. You will see a museum in every corner and there are more than 40 art galleries in the city.

Where to Stay in Switzerland?

Switzerland is one of the most prosperous countries and offers many luxury hotel alternatives for its visitors. However, if you are looking for more economical alternatives, you can stay in hostels, cottages or even tree houses. In Zurich, you will find many high-quality hotels close to the city center. Kurhausstraße, Old Town and Oberstrasse offer both boutique and luxury hotels. For the hotels and hostels close to the center in Geneva, you can choose Paquis, Saint-Gervais / des Grottes.

What to Eat in Switzerland? Switzerland has a cuisine influenced by Western European food culture. It is similar to other European cuisines. There are nearly 450 types of cheese in the country cuisine, which has cheeses obtained from local dairy products in the valleys. Switzerland is famous for its frequent use of milk and dairy products. One of the most basic dishes of Swiss cuisine, cheese fondue. When it comes to Switzerland, cheese and chocolate are the first foods that come to mind. Chocolates produced by various techniques are mostly consumed in Switzerland. Below are some restaurants where you can taste these famous Swiss dishes. 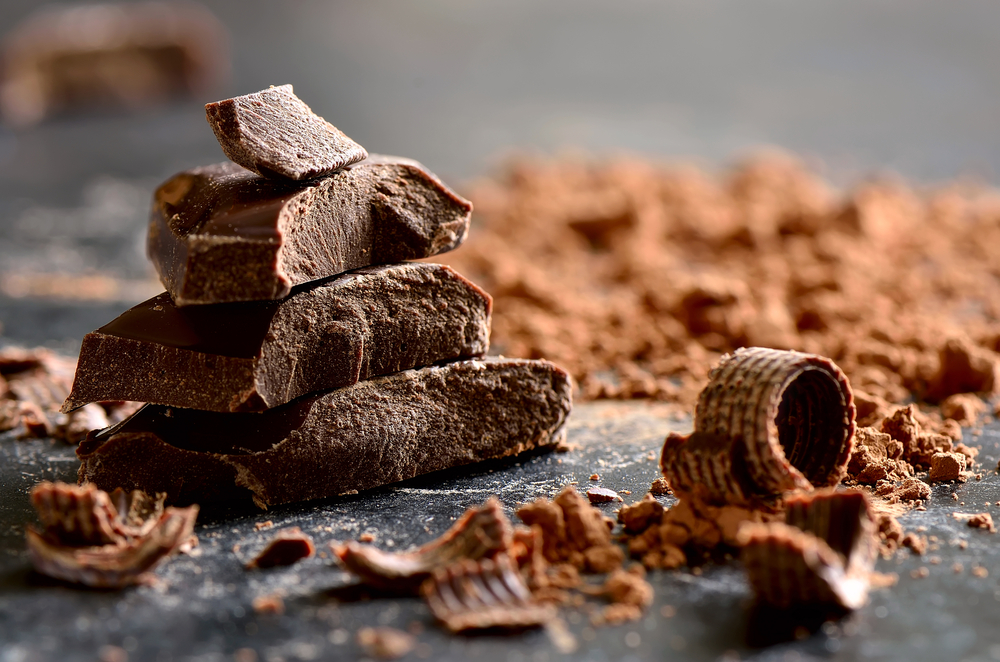 The best gifts to buy from Switzerland are Swiss chocolate and cheese. At the same time, Swiss Army knife, cuckoo watches, and wristwatches are among the most frequently purchased gifts. You can go to Niederdorf or Altstadt for shopping in Zurich. There are also antique shops and art houses. Bahnhofstrasse is where you can find world-famous brands.

Things to Know Before Visiting Switzerland 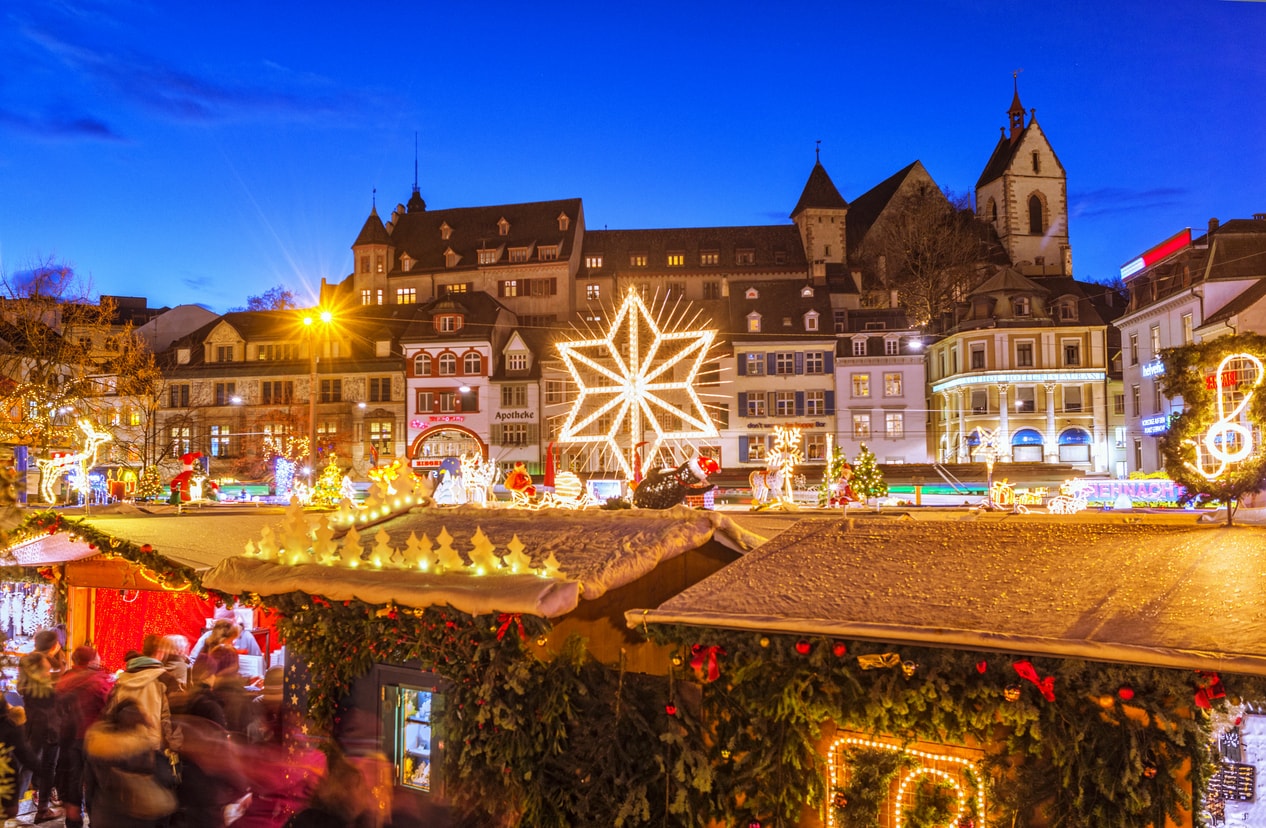 When it comes to nightlife and exploring some of the coolest clubs, Zurich is ahead of rest of the cities in the country. Zurich has the most luxurious and well-known nightclubs in all of Switzerland, so it is not difficult to find a place late in the night. Entertainment venues are usually located around the Old Town and the Niederdorf in Zurich. If you want to spend a quiet night, you should choose the bars around Paradeplatz. In Geneva, there are many alternatives to enjoy the beautiful scenery around the Rhein River.

Is Switzerland a member of the European Union?

No, it is not a member of the European Union due to its neutrality policy. Switzerland is also the country that has not participated in any war for the longest time and maintains its neutrality. The last battle with another country was made in 1515.

Is the Swiss flag square?

Yes, Switzerland is the only country that is a member of the United Nations and has a non-rectangular flag.

How many regions are there in Switzerland?

It consists of 26 cantons, including Bern. Each of these cantons has its own laws, parliaments, and courts.

Is the capital of Switzerland really Bern?

Both yes and no. The real title of the city of Bern is the federal city. Technically, Switzerland does not have a capital. Bern is considered the de facto capital.

Is there a president in Switzerland?

Since there are cantons and each region has its own constitution, there is no president in Switzerland. Instead, there is a council with 7 members.