Sharm El-Sheikh is the popular Egyptian resort town, which is filled with some of the world’s wonders. Historically, it was included in Israeli territory which was later returned back to Egypt in 1979. Although being uninhabited through most of the time in history, Sharm El-Sheikh gained particular significance due to its strategic location, which provides control over the narrow entrance to the Gulf of Aqaba. The area began to develop as a famous touristic site under the Israeli administration, and the efforts are continued by the Egyptians. The city has recently been a preferred tourist destination with visitors coming from all over the world; as the unique biodiversity of the marine world increases the number of visitors to the region, turning it into a popular destination for snorkeling. Home to hidden gems with its popular beach resorts, rich underwater habitat, beautiful coral reefs and unique diving spots, Sharm El-Sheikh lays in between Egypt's Cairo and Jerusalem, Israel. 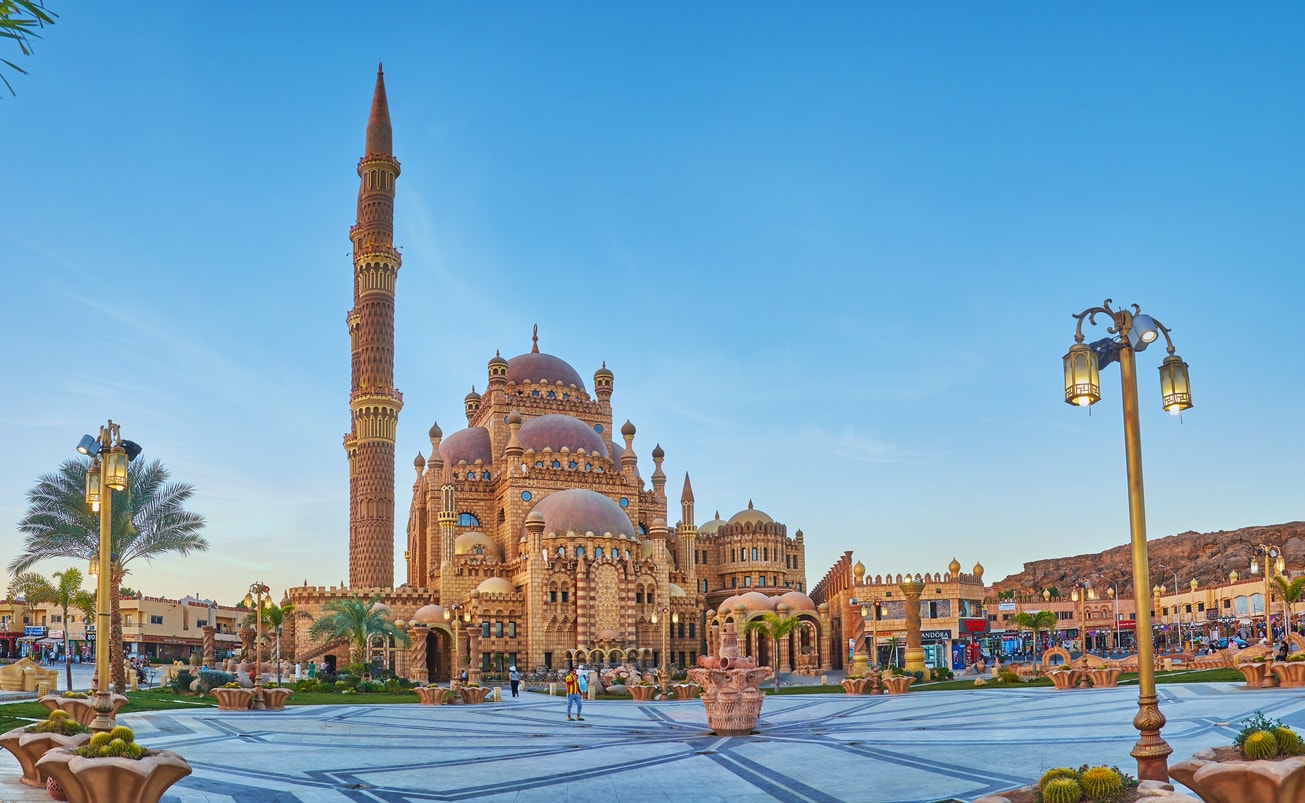 There are numerous other things to do in order to make your time in Sharm El-Sheikh a memorable one. The city is home to the most fascinating landscapes of Sinai Peninsula and the Red Sea. You can spend the day sunbathing at one of the best beaches in the world, explore the local culture wandering around the Old Town, go hiking on Mount Sinai or embark on an adventure to the deep seas and discover the underwater treasures at many diving spots, particularly at Ras Mohammed Marine Park. There are also many historical treasures in the region such as St. Catherine's Monastery sits at the foot of Mt. Sinai, Sharm Old Market and Al-Sahaba Mosque.

How to Get to Sharm El-Sheikh?

Pegasus Airlines offers direct flights from Istanbul to Sharm El-Sheikh Airport. You can book your Sharm El-Sheikh flight ticket in advance and enjoy this beautiful city.

Sharm El-Sheikh International Airport (SSH) is well connected by minibus, taxi or shuttle services. If you would like to make things easier you can book an airport shuttle service online. Alternatively, you can benefit from Pegasus car rental service for a more comfortable transportation opportunity during your trip.

Public transportation network is not very developed in the city. The most common way to travel within short distances in the city is by minibus. They drive around the main roads and go in two directions. Despite providing the cheapest and most frequently used means of transport, they may not be a good option if you are on the rush. Taxi is the most preferred option to get around as they are easily accessible. 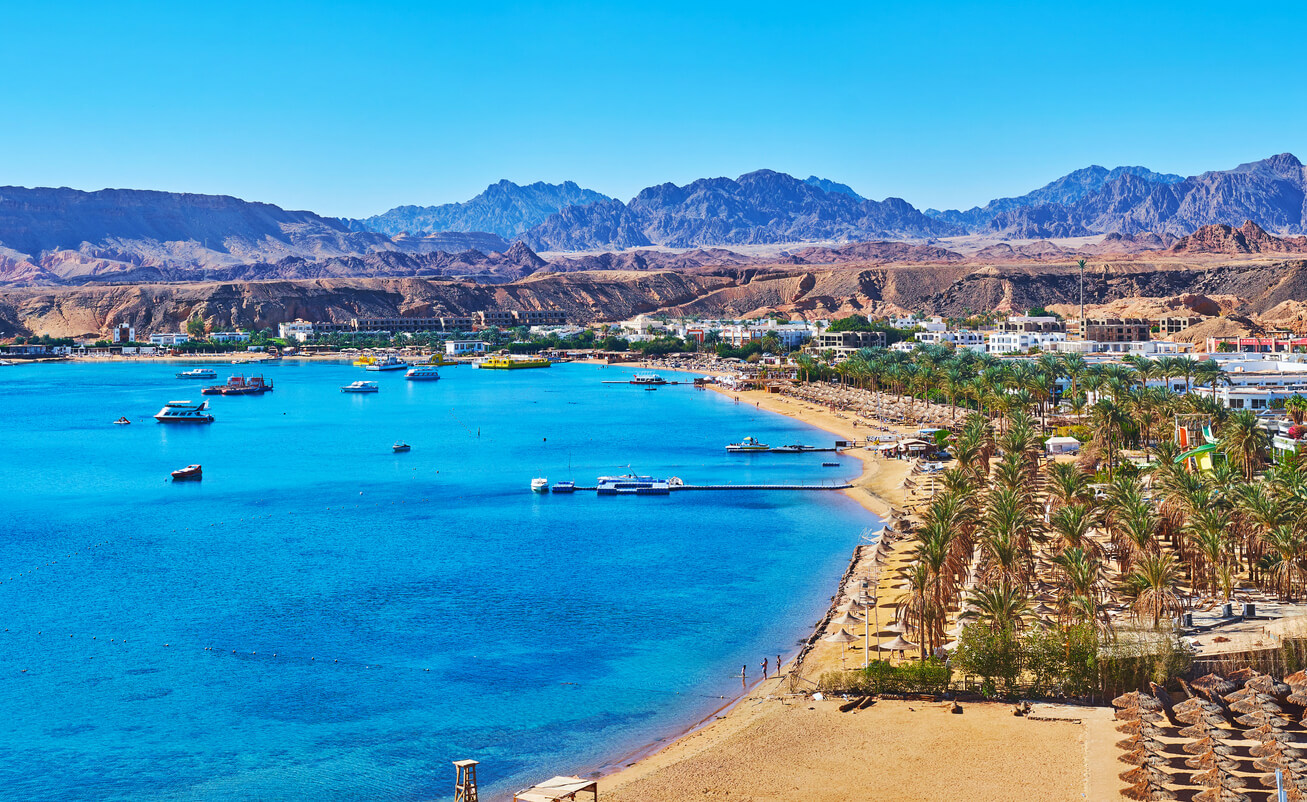 Summertime temperatures can get really overwhelming, reaching 50℃ in Sharm El Sheikh. The ideal times to visit this fascinating place is in spring and autumn months when the low seasons kicks off with lower temperatures. You should spare at least 3 days to visit the entire city.

There are a number of festivities celebrated throughout the year in Sharm El-Sheikh:

Places to Visit in Sharm El-Sheikh

Sharm El-Sheik is a gate to paradise where you will spend some amazing time during your stay. Here are the places you should make sure to visit while in Sharm El-Sheikh. 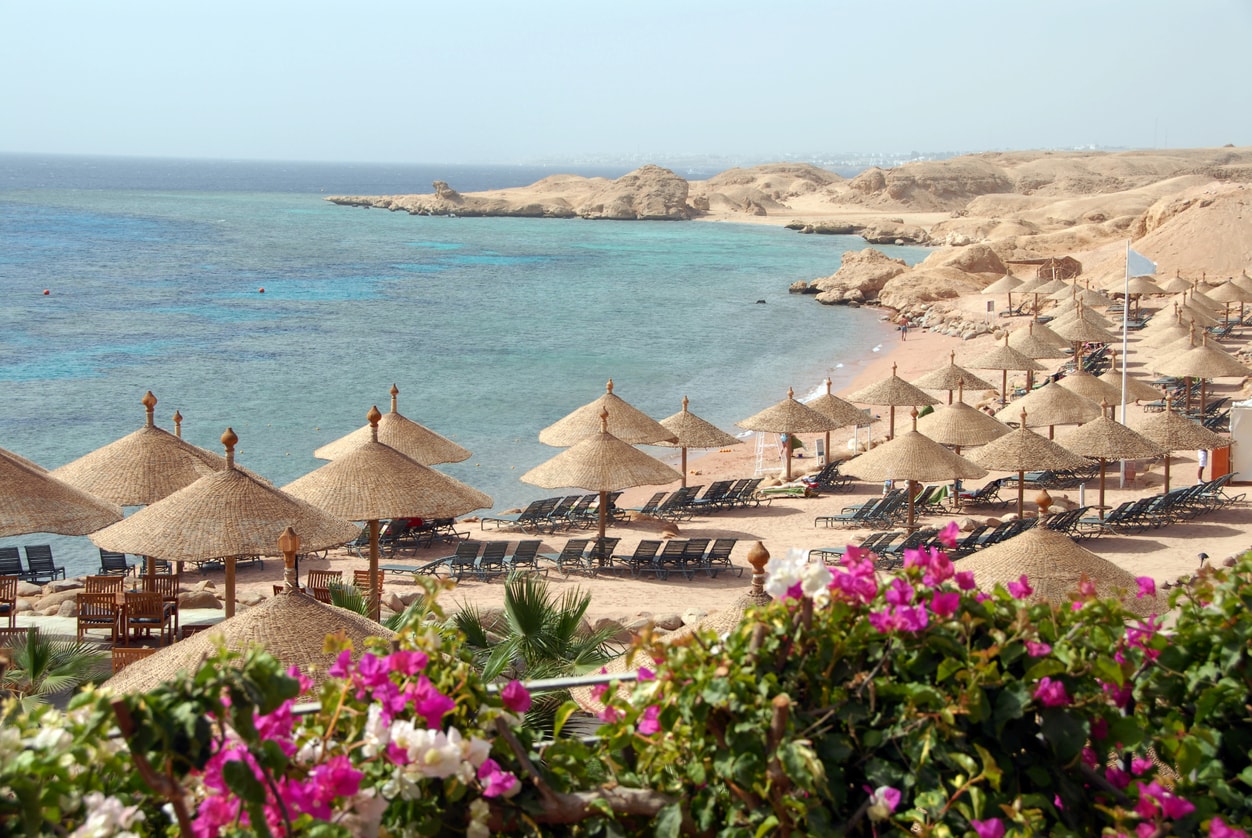 Getting in the turquoise waters of the Red Sea is among the top activities to once in Sharm El Sheikh. The most famous diving centers are known to be Ras Um Sid, Sheikh Coast Diving Center and Sharm El Maya with breathtaking underwater scenery. 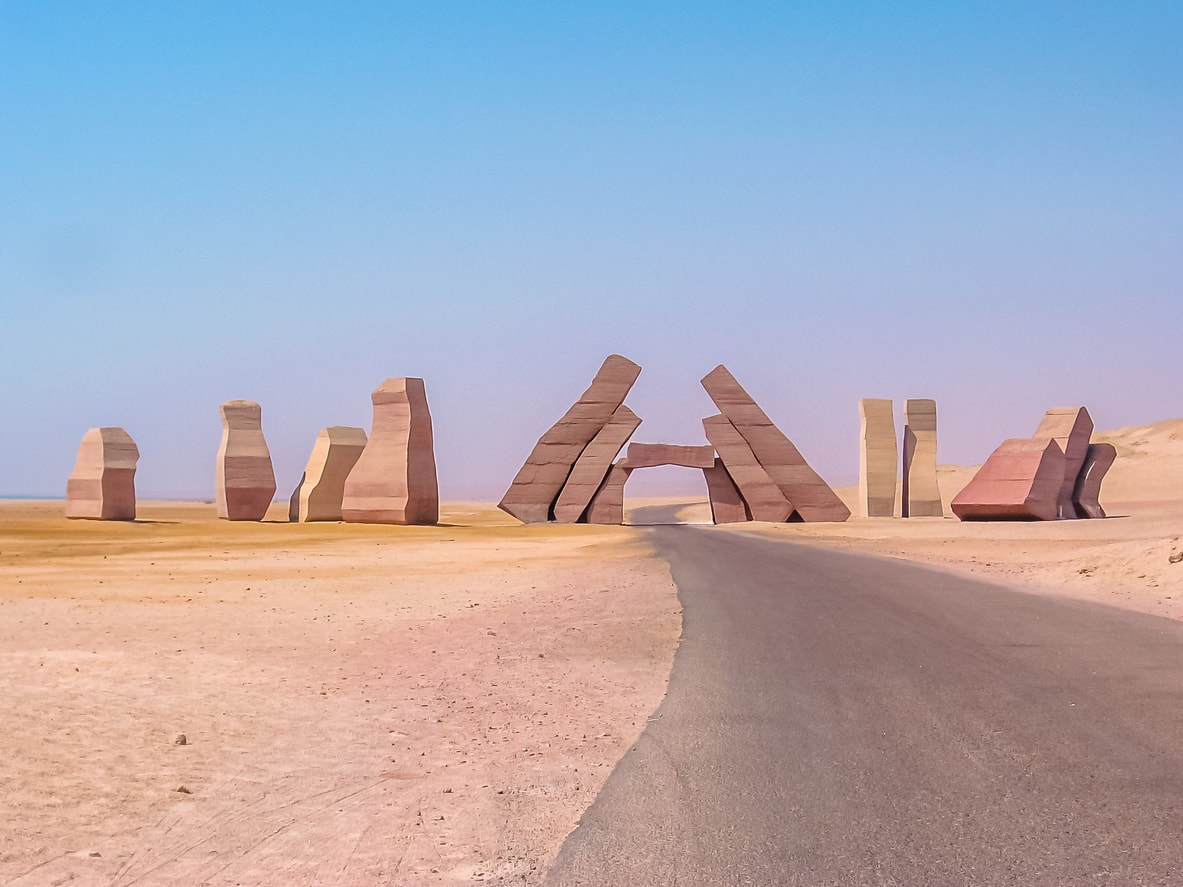 Ras Mohammed National Park is among the worldly famous marine parks of the Sinai Peninsula. It is also a popular spot for scuba diving and snorkeling for those who would like to venture on the crystal waters to discover the unique coral reefs that are marked as one of the most beautiful places after the Great Barrier Reefs of Australia.

You can take a safari trip the Canyon from Sharm El-Sheikh through guided tours or by off-road vehicles. Colorful Canyon composes of rocks with many different colors formed by oxidation giving the unique landscape its name.  You can hike throughout the canyons and enjoy this natural wonder accompanied by beautiful scenery.

There are numerous guided safari tours that take tourists to an adventurous journey along Sharm’s deserts. You can ride a camel, watch the charming sunset in the desert and stargaze with Bedouin guides.

Mount Sinai and Monastery of St.Catherine 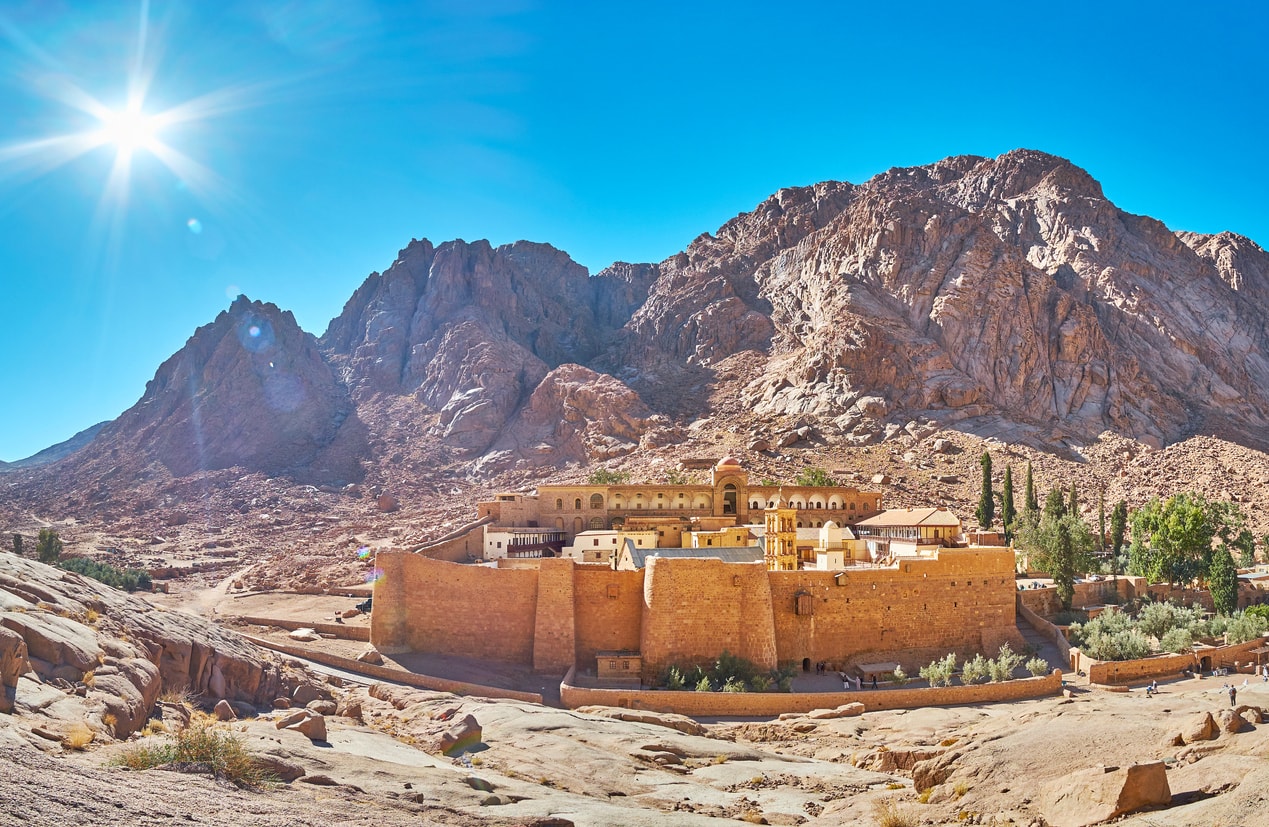 Mount Sinai is known to be sacred for Abrahamic religions, as it is believed to be the place where Ten Commandments were delivered to Prophet Moses. St. Catherine's Monastery, located 250 km outside city at the foot of Mount Sinai, is one of the ancient historical places of worship.  The monastery was built by the Byzantine Emperor Justinianus in the 6th century and has been a UNESCO World Heritage Site since 2002.

Where to Stay in Sharm El-Sheikh? 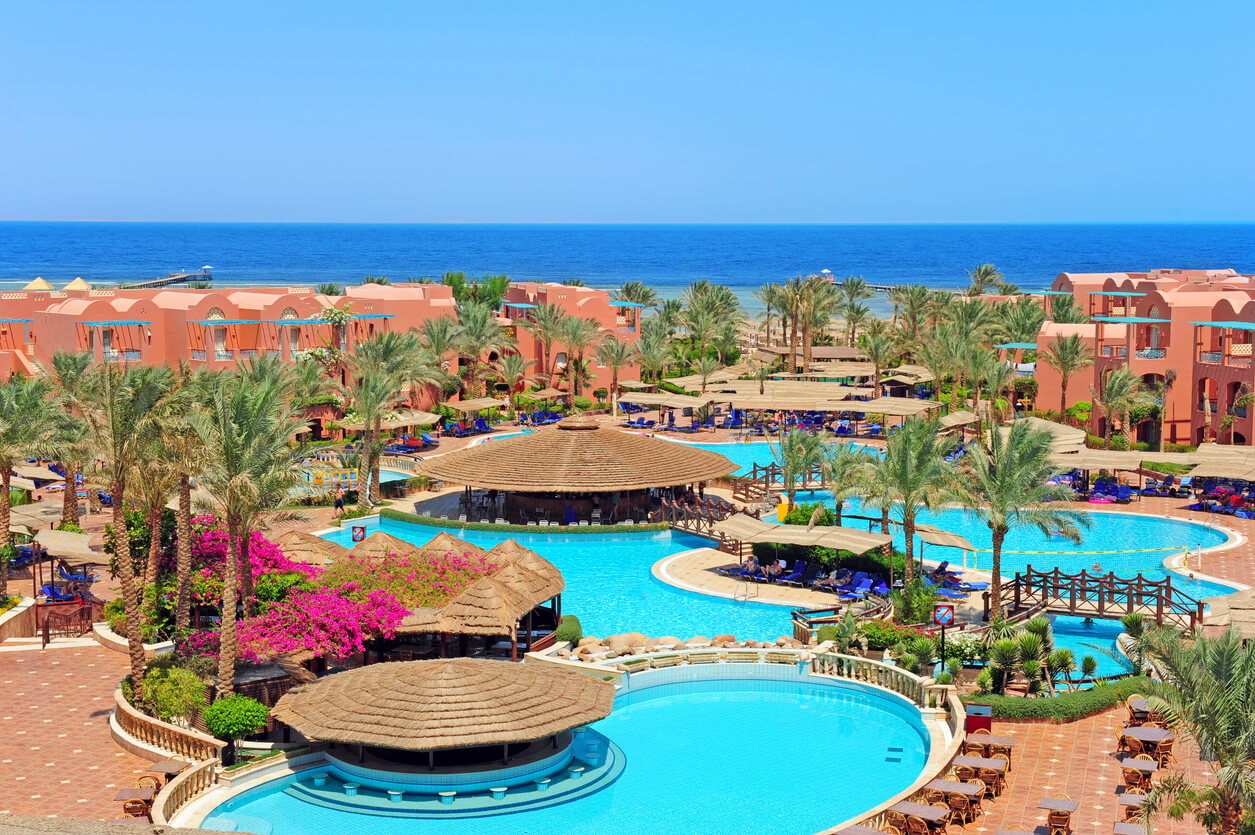 What to Eat in Sharm El-Sheikh? 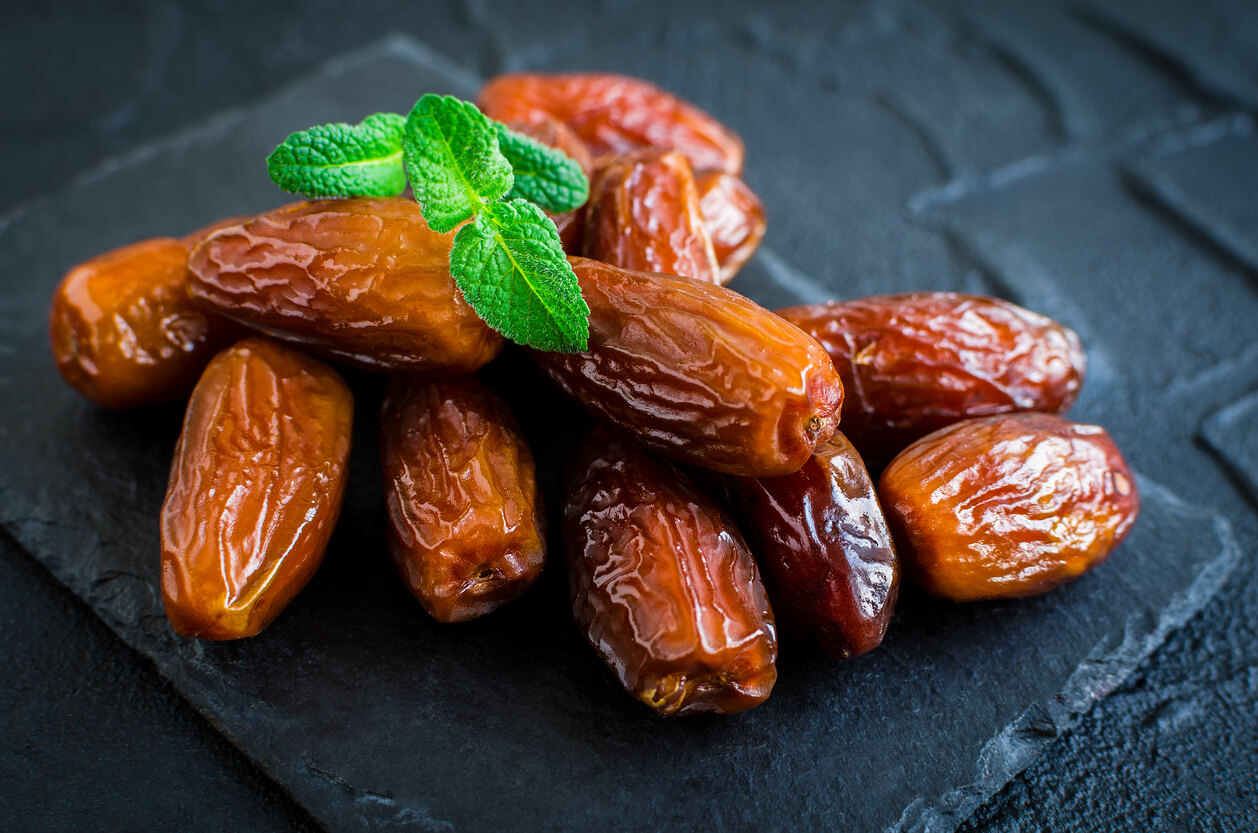 The food culture in Egypt has been heavily influenced by Lebanese and Indian cuisines; yet Sharm El Sheikh, being a famous tourist destination with visitors from all over the world, offers a variety of options ranging from Italian restaurants to Far Eastern delicacies of Chinese or Thai food.

Shopping in Sharm El-Sheikh’s: The Best Souvenirs to Buy 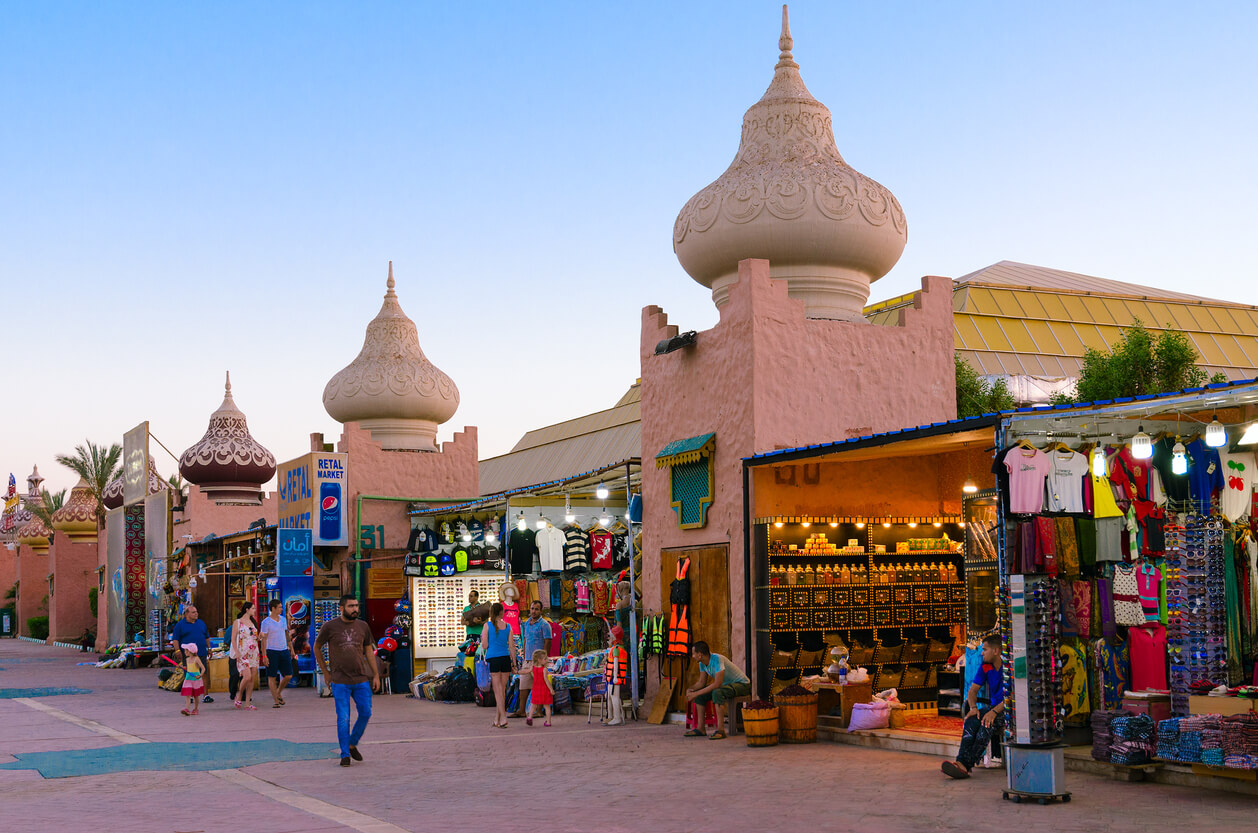 The Soho Street and Naama Bay are among the top spots for shopping. Al Khan and La Strada are two big shopping malls located in Nabq Bay. Another famous shopping place is the Old Bazaar, which is quite similar to the Grand Bazaar in İstanbul. Handmade jewelries, Egyptian pharaoh and pyramid statuettes, spices and traditional local clothing are among the top souvenirs to look for. Sharm El Sheikh has a lively nightlife. Naama Bay is the most popular area of Sharm El-Sheikh to go out at night. Sinai Grand Casino, Dolce Vita Sharm El Sheikh -a night-club located right in the middle of the desert are the most preferred entertainment spots in the city.