Baghdad is the capital and the largest city of Iraq with a population of almost 12 million, located in the central part of the country. Baghdad has always been an important city starting from the prehistoric times to modern era Iraq. Now, the city is being rebuilt after the 2003 Invasion of Iraq, putting it back on the track to become a unique destination to be visited in the Middle East again. 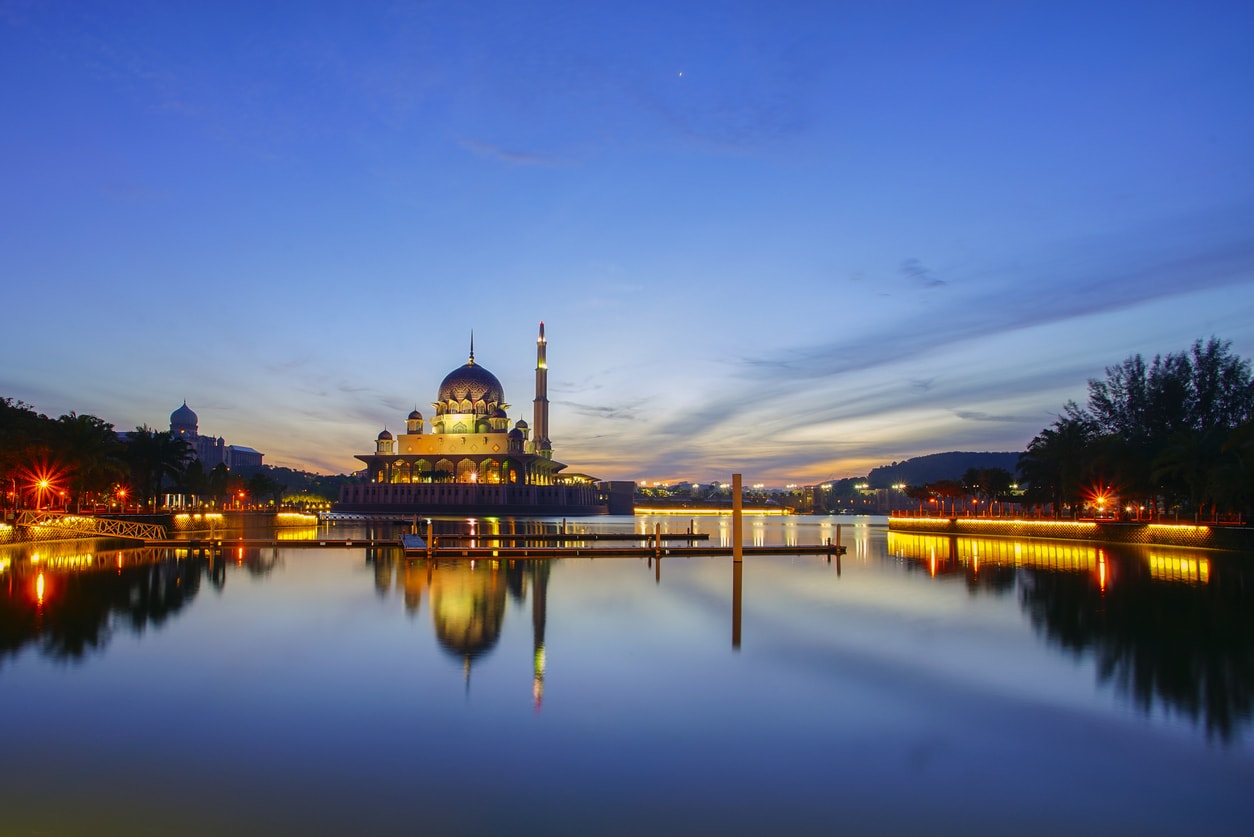 How to Get to Baghdad?

Baghdad is a growing tourism destination of the Middle East with amazing cultural and historical attractions. Pegasus Airlines offers direct flights to Baghdad from İstanbul, making your trip to Baghdad from Europe very practical with numerous flights to Istanbul.

Baghdad International Airport is located 22 kilometers away from the city center. You can get to the city center with public bus, taxi and car. Public buses are available to the different parts of the city. Tickets may be purchased from kiosks at the airport.

There are also many taxis available in the airport 24/7. The trip to the city center from airport approximately costs 55.000 Dinars. You can also enjoy the city with a rental car. Pegasus Airlines car rental service has great offers for you in here.

You can use taxis to get around in the city.

The city does not have a reliable public bus or train system and taxis are the main means of transportation for visitors in Baghdad with relatively low fares. 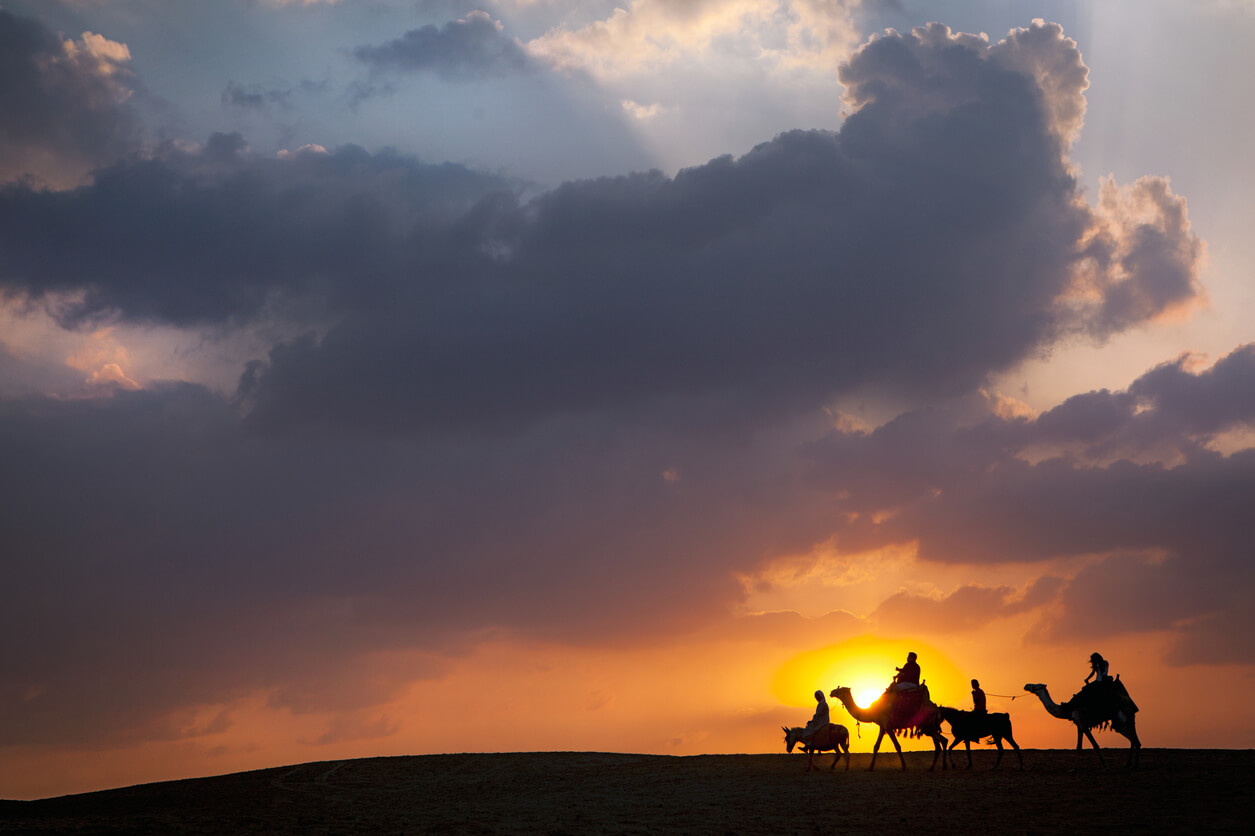 Baghdad has a desert climate with very hot and dry summers. Winters are warm with a very low chance of rain. The hottest month in the city is July and the coldest month is January. We suggest you to visit Baghdad during early spring or late autumn since the weather is rather pleasant and more welcoming during those months. It is recommended for you to enjoy Baghdad at least two to three days to discover the city.

Places to Visit in Baghdad 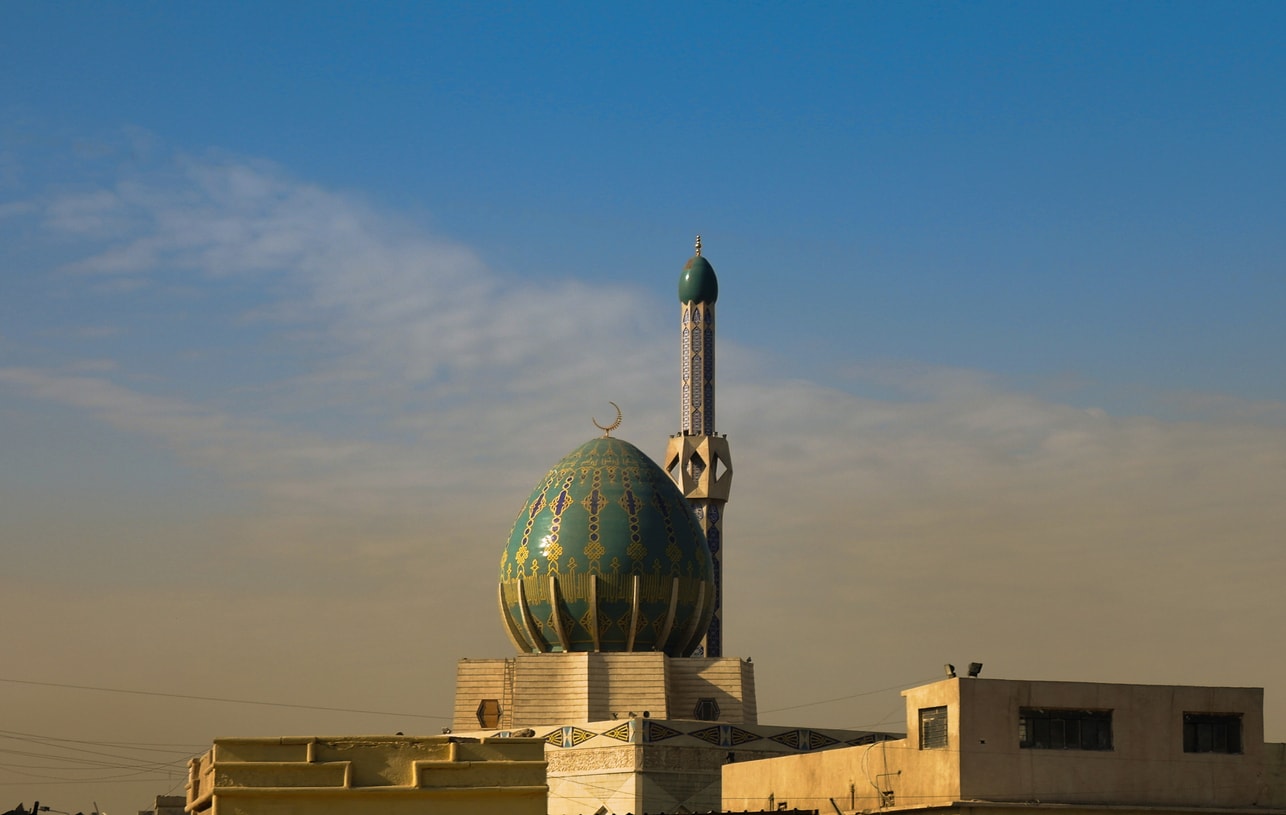 Baghdad is a fascinating city with its unique location in the heart of the Mesopotamia. The city has always been a significant cultural, commercial and political center of the Islamic World. Today, Baghdad does not welcome many tourists as it was used to but the city on its way to becoming a significant tourism destination again.

Baghdadi Museum offers an insightful glance to history of age-old residents of the city. The museum is located on the banks of the Tigris River and walking distance away from the city center. Baghdadi Museum is famous for its wax statues and has an entrance fee of 2500 Iraqi Dinars.

The National Museum of Iraq

Hatra Ruins was built around 300 BC as fortified caravan city and has many monuments that still are in outstanding condition. The ancient city is on the UNESCO World Heritage List and 290 kilometers away from the city center.

Abu Hanifa Mosque is one of the largest mosques in Baghdad. The mosque was built around the tomb of Abu Hanifa an-Nu'man who is the founder of Hanafi School.

Where to Stay in Baghdad? 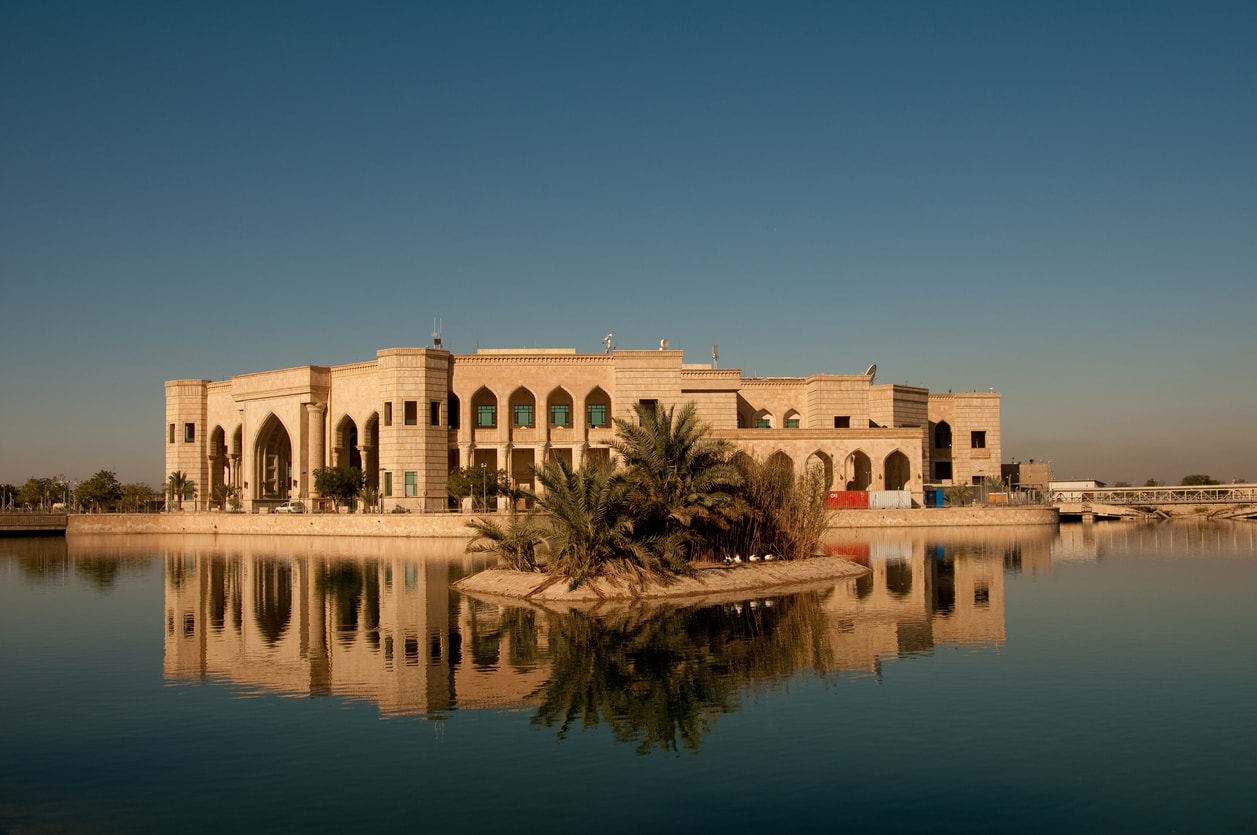 Baghdad does not offer a variety of accommodation options to its visitors. The city has few, but luxurious hotels such as the Babylon Rotana. Most of the hotels are located around the Green Zone, near the Tigris River.

What to Eat in Baghdad? 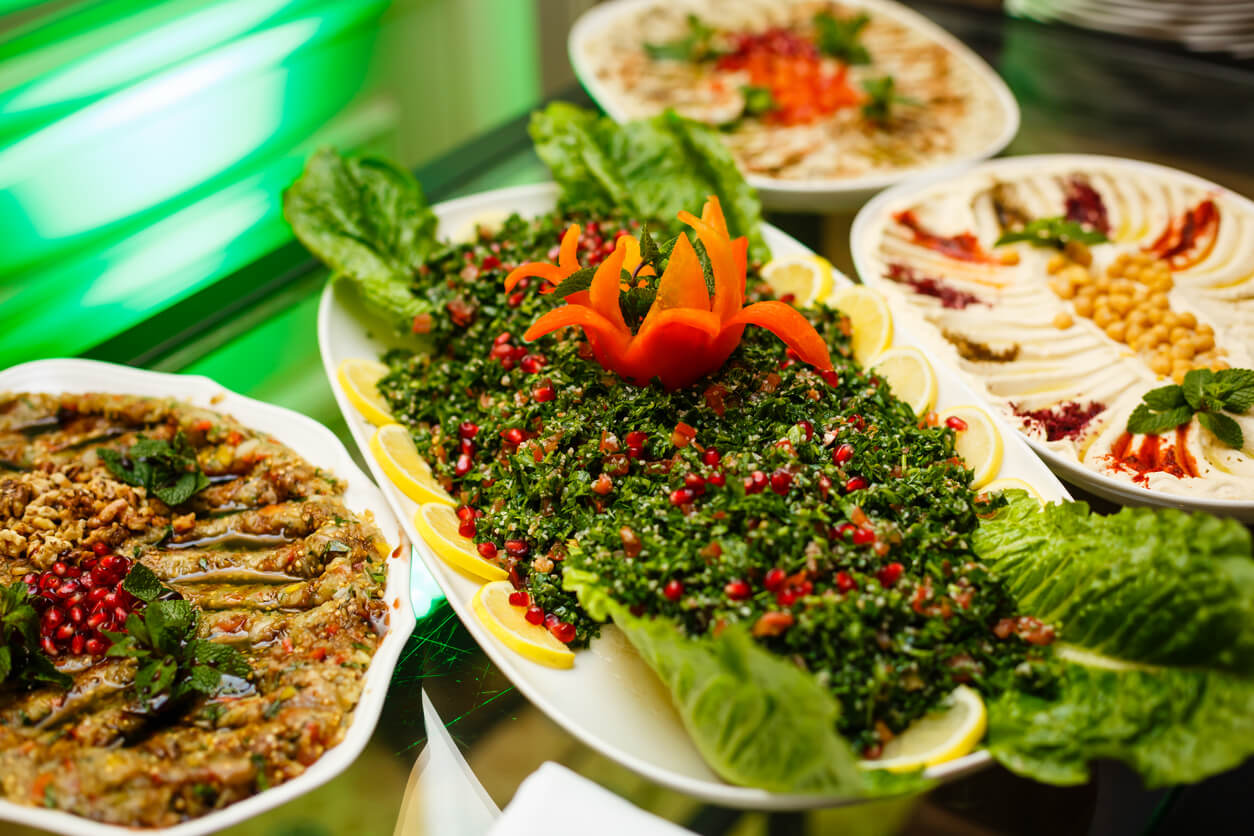 Baghdad has a refined and rich cuisine with recipes mostly consisting of vegetable, meat, spice and citrus. Visitors can find many local and international restaurants in the city center.

Here are the must-try food and where to eat them in Baghdad: 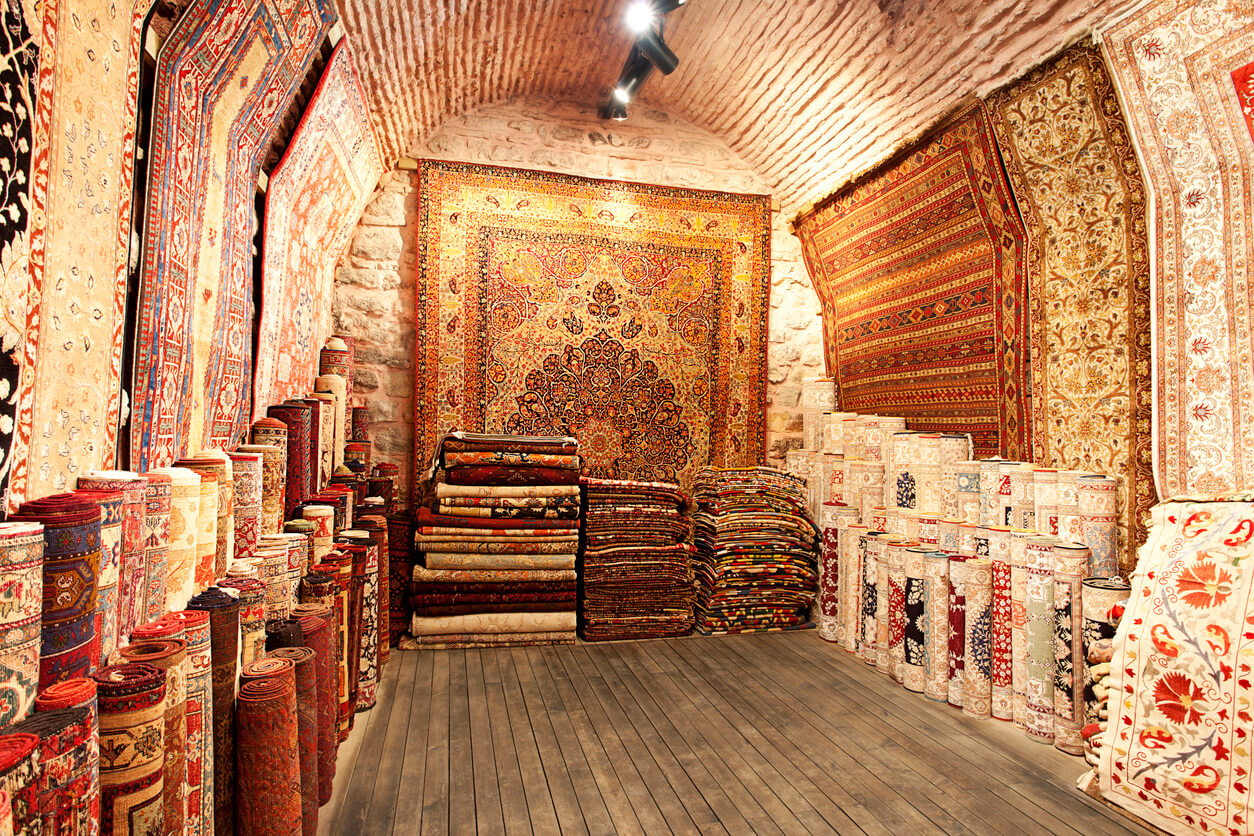 Most of the stores are located in the safe “Green Zone” in Baghdad. You can buy spices, traditional clothing, handmade rugs and jewelry, and ornaments for your loved ones from the city. Muntanser Street, Rashid Street, Folklore Center and Clothiers Square are must-go places to shop authentic Baghdad souvenirs. 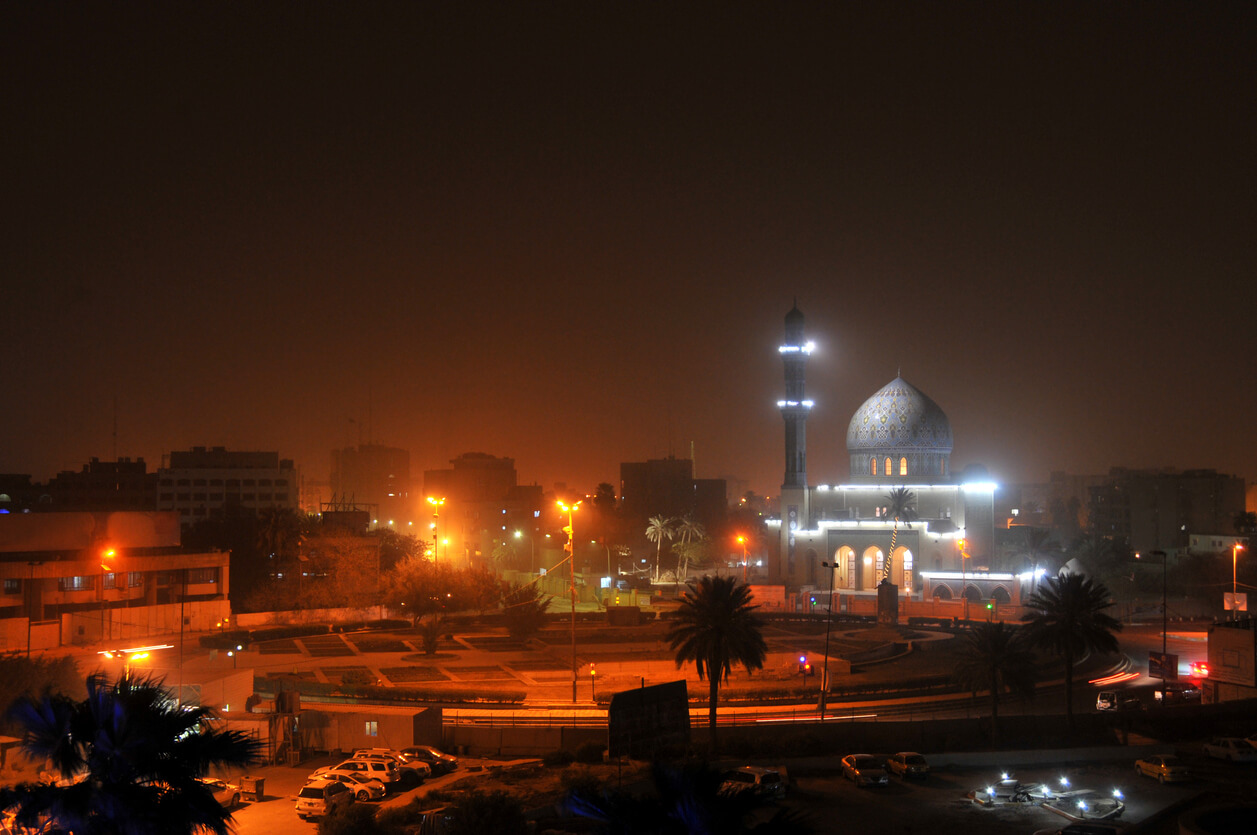 Baghdad does not have an active nightlife compared to many touristic cities. Entertainment for nighttime is mainly limited to some hotel lounges.

Things to Know Before Visiting Baghdad