Batman is a city located in the region of Southeastern Anatolia in Türkiye. After the discovery of oil on Raman Mountain, it developed rapidly and became one of the major cities in the region. Batman continues to grow with the advancement of its manufacturing, oil and construction sectors.

Batman has five districts including Hasankeyf, a very important ancient touristic center. Previously a village called Iluh, it got named Batman in 1950 due to the Batman Stream. As a former district of Siirt in 1957, it became a province in 1990. The oldest sources about the past of the city are based on folk stories, myths and historical writings of Herodotus. According to common knowledge, the Meds are the first known tribes to settle in this region.

The landscape of the region is a rare natural wonder. The canyons formed by the flood waters over thousands of years and the subsequent rugged terrain are endemic landscapes that make Batman one of the most beautiful places to visit.  Consequently, nature tourism is quite common in the city. You can visit the Raman and Mereto Plateaus. Hiking, camping and swimming in the Batman basin are among the common activities to cherish your time in Batman.

How to Get to Batman?

The easiest way to travel is usually by air travel. Pegasus Airlines provides direct flights departing from Istanbul Sabiha Gökçen Airport to Batman. To visit this beautiful city, you can book your Batman flight ticket today.

Batman Airport is not far from the city center and can be accessed by municipal buses, taxi and Havaş shuttle. Public buses provide transfers working on different routes in line with the departure and landing hours of the planes. Alternatively, you can benefit from Pegasus Airlines car rental services and book your vehicle online to travel freely in Batman.

Bus and minibus lines are commonly used for transportation in Batman. The bus network provides services on various routes, although it is relatively limited. All the necessary details can be accessed through the website, which is available in Turkish.

Batman is beautiful in every season, but winters are cold, and summers are dry with very high temperatures. The best time to explore Batman's ancient cities and to visit the ruins is the spring months. It’s recommended to stay at least 2  days to enjoy the city and its surroundings.

If you would like to experience the local cultural activities in the city, you can schedule your trip in accordance with the dates of following festivities:

Places to Visit in Batman

The multi-ethnic patterns of the city developed under the influence of many states are visible on the historical structures which happened to endure the devastating effects of time.

Memikan Bridge is thought to have been built in the 6th century when Muslims dominated the region. The bridge provided for the continuation of commercial relations on the Garzan Plain in Beşiri district of Batman as part of the ancient Silk Road. Memikan Bridge, which was on a busy trade route in the Middle Ages, is known to be the main transportation point reaching out to the North Mesopotamia through Hasankeyf. Unfortunately, it is in ruins today. 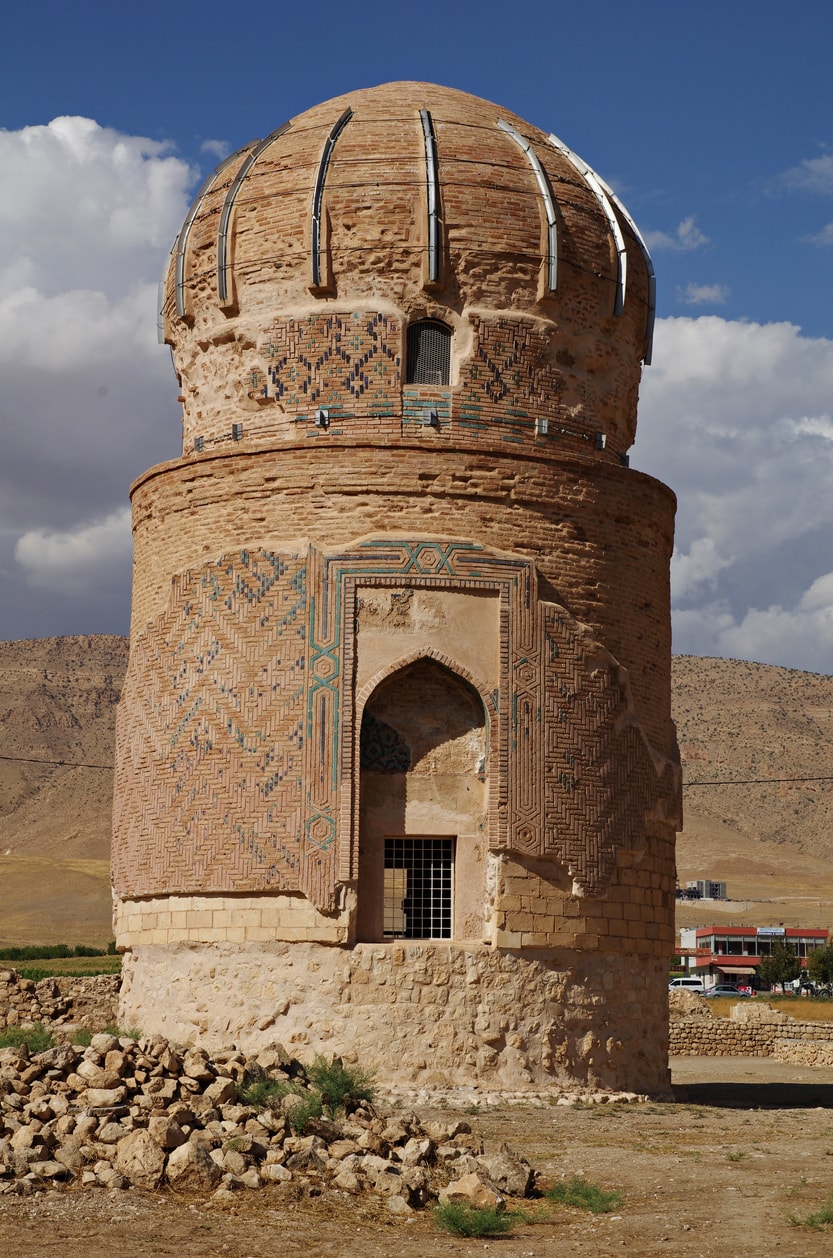 The 550-year-old Tomb of Zeynel Bey, located in the Ilisu Dam Lake area, has been moved to 2 km away by rail system. The tomb, which is the only work of the Akkoyunlu State, was placed in its new place, Hasankeyf New Cultural Park Area. The peculiarity of the tomb stems from the fact that it brought the architectural features of Azerbaijan and Turkistan region to Anatolia.

Mor Aho Monastery is estimated to have been built during the Hasankeyf period, which was dominated by the rule Assyrians. It was established some 2 km north of Üç Yol Village in Batman. There is no clear information about the monastery's exact construction date, and it was severely damaged as a result of natural events.

Hizir Bey Mosque is located in Kozluk as the largest mosque of the district. It was built by Hizir Bey, son of Ebubekir Roskin of Sason and Kozluk in 1512, according to the Gregorian calendar.

Where to Stay in Batman? 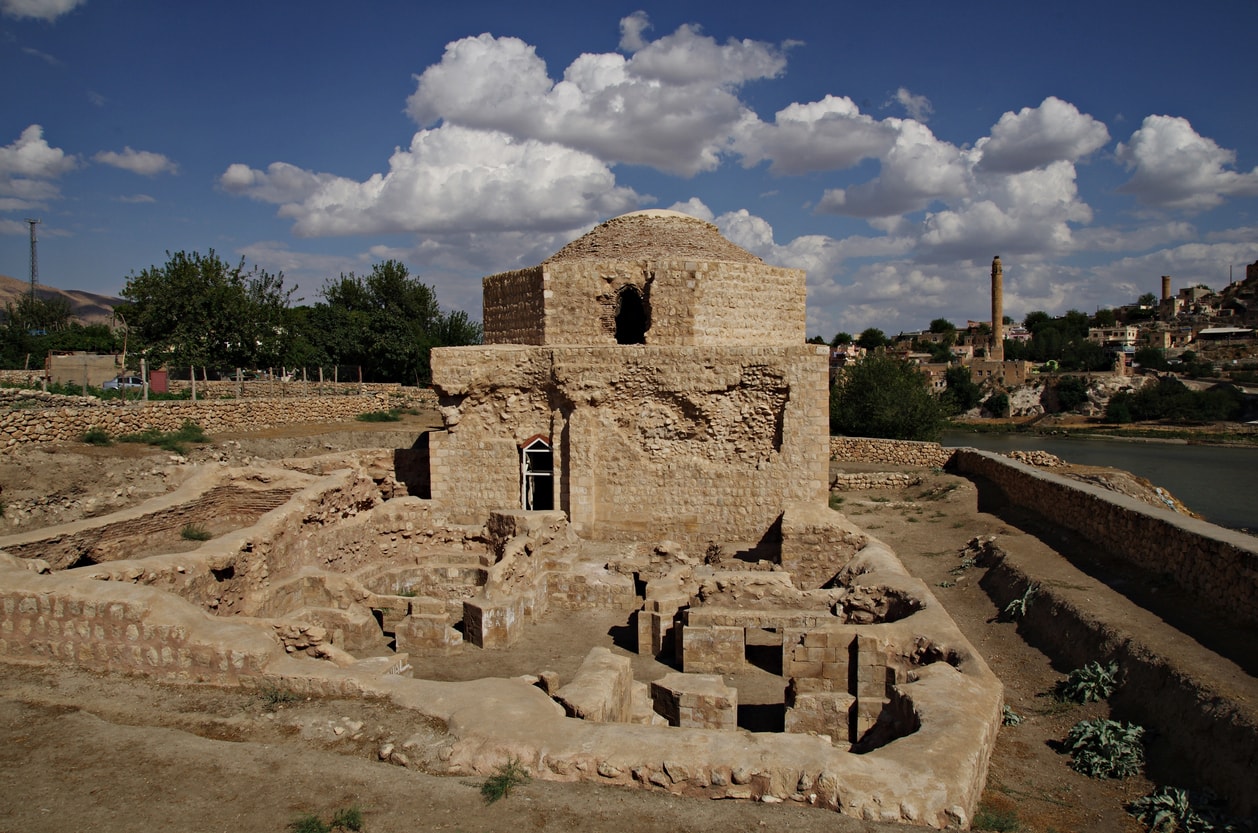 Number of accommodation options that appeal to different taste and budgets are present in the city center of Batman. Hotel Bozoogullari, Mesa Hotel, Real Konak Hotel and Grand Hasankeyf Hotel are among the preferred places among the visitors.

What to Eat in Batman?

You can find some of the most special dishes in the subsequent places:

Shopping in Batman: The Best Souvenirs to Buy

Hasankeyf is the main center of local handicrafts. Weaving is highly adhered in the region. When the weaving factories had not yet developed, people living in the caves of the Hasankeyf Castle were weaving the fabric called as şilebezi. Although the craftsmanship has currently lost its prevalence as a natural result of the technological developments, it holds an important place in the urban culture. Needlework, rugs, cross-stitch, wool socks and saddlebags are still in high demand as authentic souvenirs. Batman Bazaar, Ulucami Bazaar, the Spice Bazaar on Gülistan Street are traditional market places where you can find authentic local goods and artifacts.

Batman is not known for its nightlife but best places for to go out at night are generally bars and restaurants located in the city center. Life Point Cafe Restaurant is located in the center of Batman as a great alternative where you can find music and local dishes served in a warm environment. The local customs and celebrations of its residents such as “sıra gecesi or dost meclisi” make up the traditional entertainment culture in Batman. Antik Türkü Evi, Saray Nargile Café, Simyacı Café & Bar are some of the liked places in the city.

Things to Know Before Visiting Batman