Skopje is the capital city of Northern Macedonia. It is the major economic, cultural and political center in the country, accompanied with a magnificent nature located at the center of Balkans amidst Belgrade and Athens. 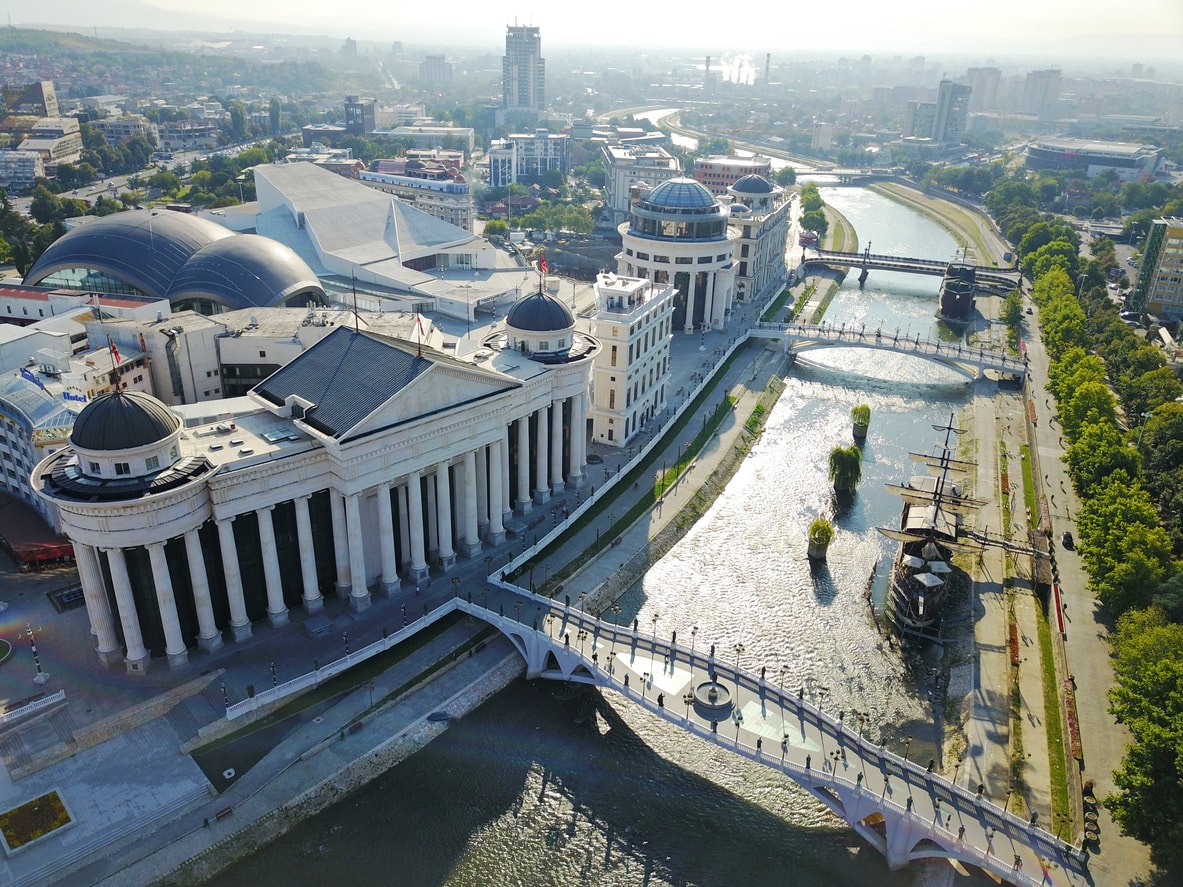 The city was founded in the 3rd century B.C by the Paeonians and was named ‘Skupi’ back then. It has benefited greatly from its geostrategic location, situated on the banks of Vardar River within a valley between two hills that would become a crucial trade route in time.  Visited by many people every year, Skopje has been home to many important states throughout the history. It has been integrated in Alexander the Great’s Kingdom, the Roman Empire, The Byzantine Empire, the Ottoman Empire, and Socialist Republic of Yugoslavia which gave the city a unique cultural mix. Today, Skopje is a cosmopolitan city, and home to people of many nationalities.  Macedonia was the last region which got separated from the Ottoman Empire, thus the relics from the Ottoman era are still widely present especially in Skopje. The city is divided into two segments with the new modern Skopje situated in the West, while the old part comprising of the Old Bazar lays on the southern side. It is the blend of contrasts that make this European city quite special.  The city is renowned for its one-of-a-kind architectural layout thanks to many reconstructions done by Japanese architects, after the massive earthquake that destroyed Skopje in 1963. Currently, many rebuilding projects are still ongoing in the city.

Skopje makes sure that its visitors will have a good time. You can take a stroll at the banks of Vardar, wander around the Old Bazaar and visit the historical sights while taking many great pictures. Numerous Ottoman caravanserais, hammams and mosques are standing still in beautiful Skopje.

How to Get to Skopje?

The easiest way to reach Skopje is by air travel. You can get to Skopje with direct flights from Istanbul and Izmir or through various linked connections offered by Pegasus Airlines. You can plan your trip easily by checking out the details of your flight and booking your ticket online.

Skopje International Airport is connected to the city center by taxi or shuttle buses of Vardar Express. You can visit the company's official website for the timetable of shuttle services. You can also rent a car for a comfortable trip with Pegasus Airlines' car rental services. 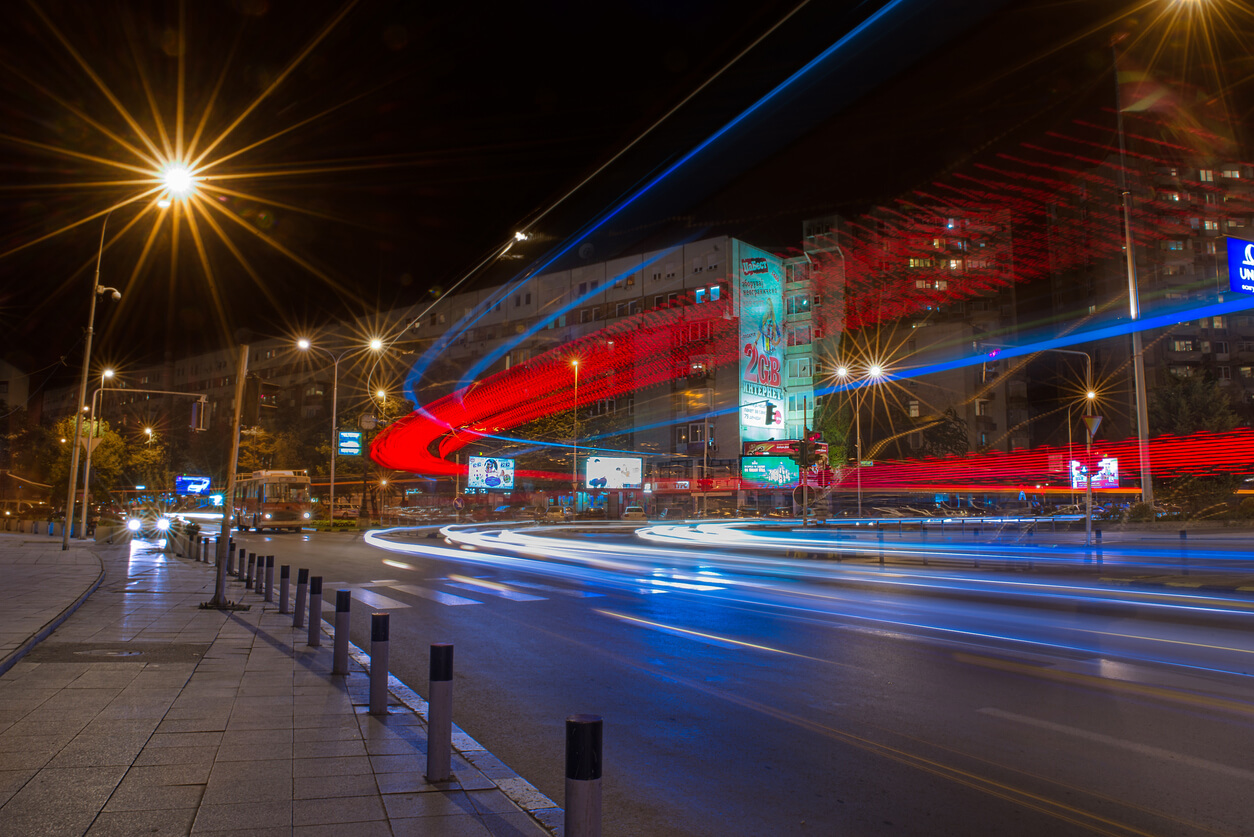 Public buses are the most common means of transport in the city, but since the city center is relatively small you can reach almost everywhere by foot.  If you walk around, you can easily see many historical monuments. If you prefer to take the bus, you can check the bus schedules and route details online. The site is available in English. 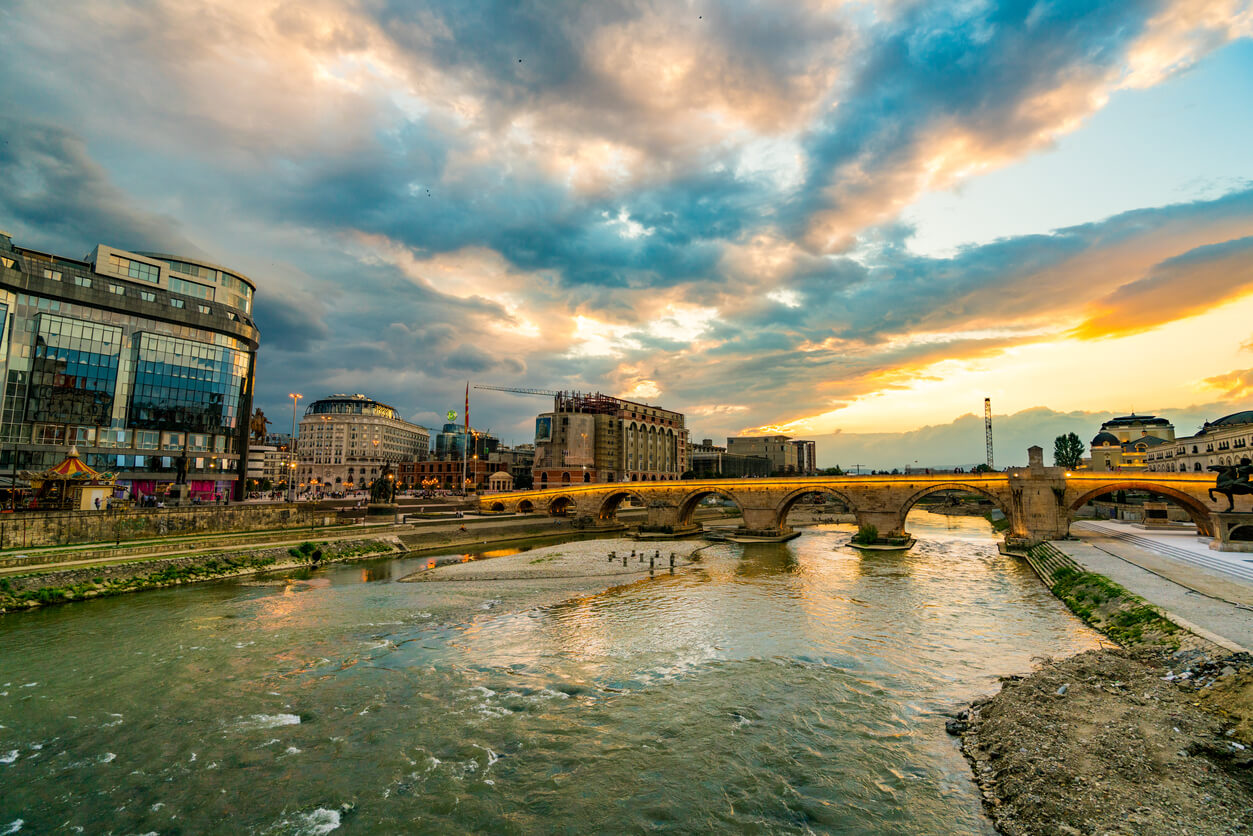 Although Skopje has a dry climate, summer temperatures can get really high in Skopje. Due to its mountainous landscape snowy winters are great to spend time in its ski resorts. But if you would like to enjoy the outdoors you can consider spring or autumn period to discover Skopje’s monuments and market places.

Skopje is a European capital that celebrates various annual festivals and events while attracting interest with its unique cultural blend.

Places to Visit in Skopje

Skopje is an impressive city with its long history and rich cosmopolitan culture. It is a center of attraction for local and foreign tourists with its historical monuments. 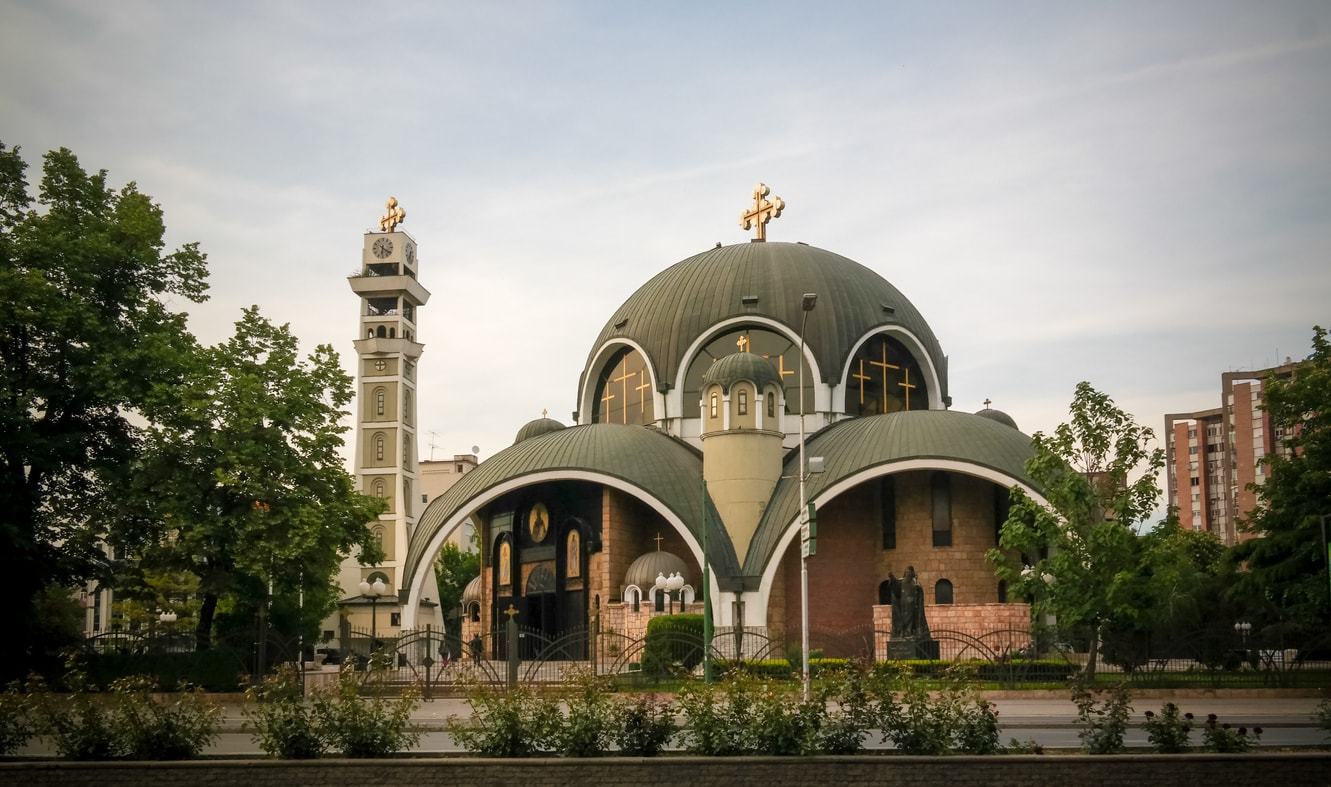 St. Ohrid's Kliment Cathedral was built by architect Slavko Brezovski in 1972. The Orthodox church consists of only the dome and arch, as one of the most interesting examples of the late Macedonian architecture.

Bedesten means an indoor bazaar where valuable goods such as fabric and jewelries are sold. Skopje’s Bedesten, which is located in the heart of Skopje Bazaar, was built in the 15th century by Gazi Ishak Bey who was the governor of Skopje at that time. It has become the most important trade center of the city due to its central location and maintained its importance until today.

Mustafa Pasha Mosque was built by Mustafa Pasha, the Grand Vizier of Yavuz Sultan Selim and Bayezid II. The tomb next to the mosque has Mustafa Pasha's cist and the grave of his daughter Ummi Hatun. Just like Skopje Castle, the Mosque was damaged by the earthquake of 1963 but reopened in 1968 for public worship. Restoration works were also carried out by TİKA (Turkish Cooperation and Coordination Agency) in 2006-2011. 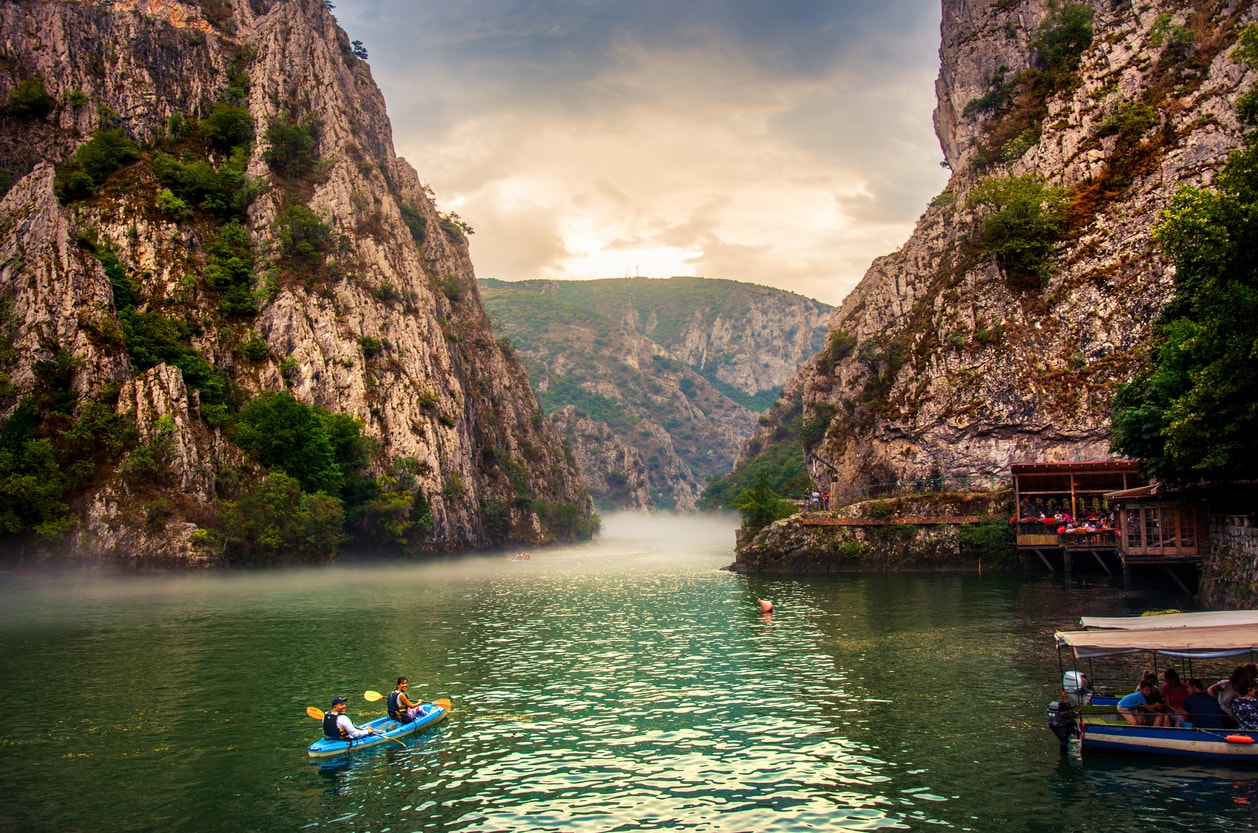 Matka Canyon is undoubtedly one of the most important natural beauties of the country. It consists of an artificial lake that fills up the valley between two mountain ranges. The most convenient way to get to Matka Canyon is by taking the city bus number 60, which departs from the main bus station, Transporten Centar. 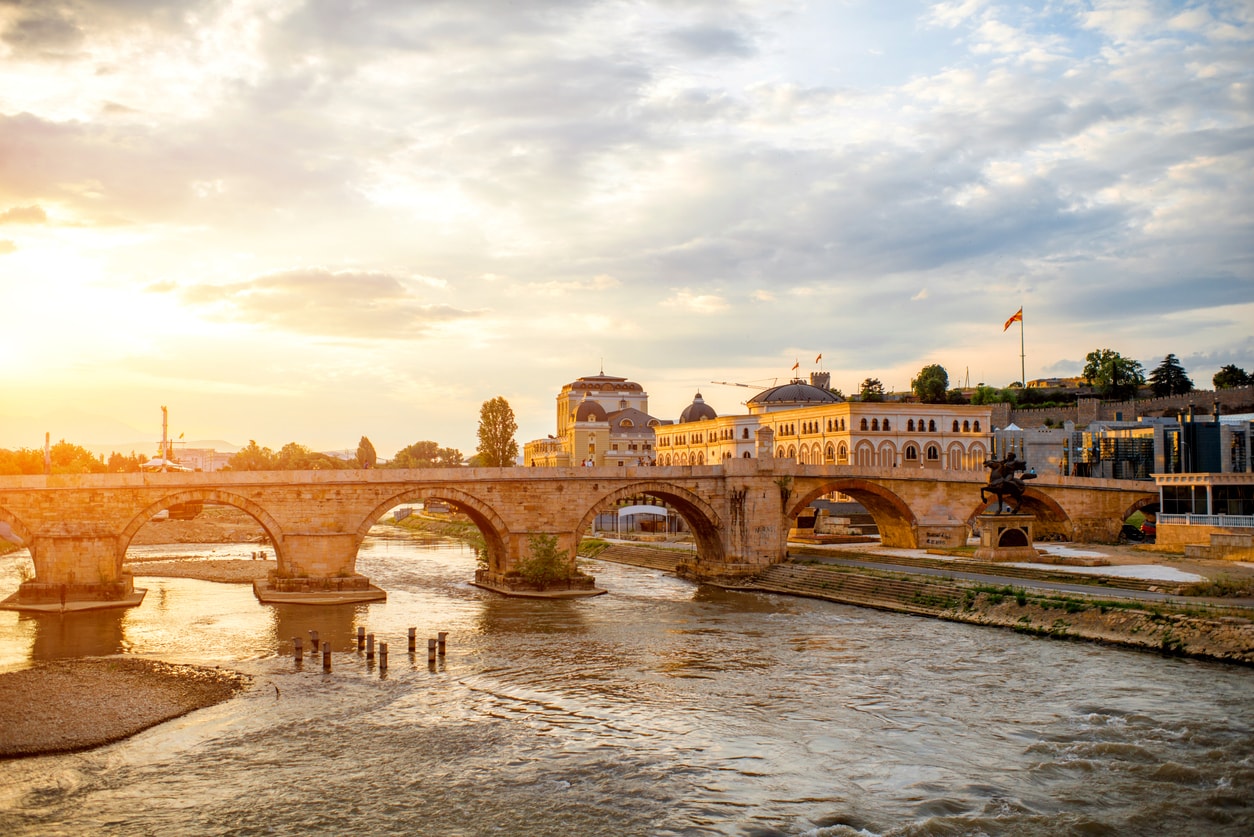 Stone Bridge is one of the most important symbols of Skopje. Although its exact construction year is not known, it is believed to have been built in 1451-1469 under the patronage of Fatih Sultan Mehmet. In some sources, the architect of the bridge is referred to as Mimar Sinan. Located on the Vardar River, in the middle of Macedonia Square and the Old Bazaar, Stone Bridge was used to provide transportation between the two sides of Skopje.

Skopje Old Bazaar, previously called as Carsija, is known to be a significant center of commerce during the era of Ottoman Empire. Historically regarded as the Turkish Old Town, the neighborhood is home to many mosques, caravanserais and hammams. Despite the earthquakes and various other disasters, it endured throughout time as one of the oldest and biggest market places in the Balkans.

Where to Stay in Skopje? 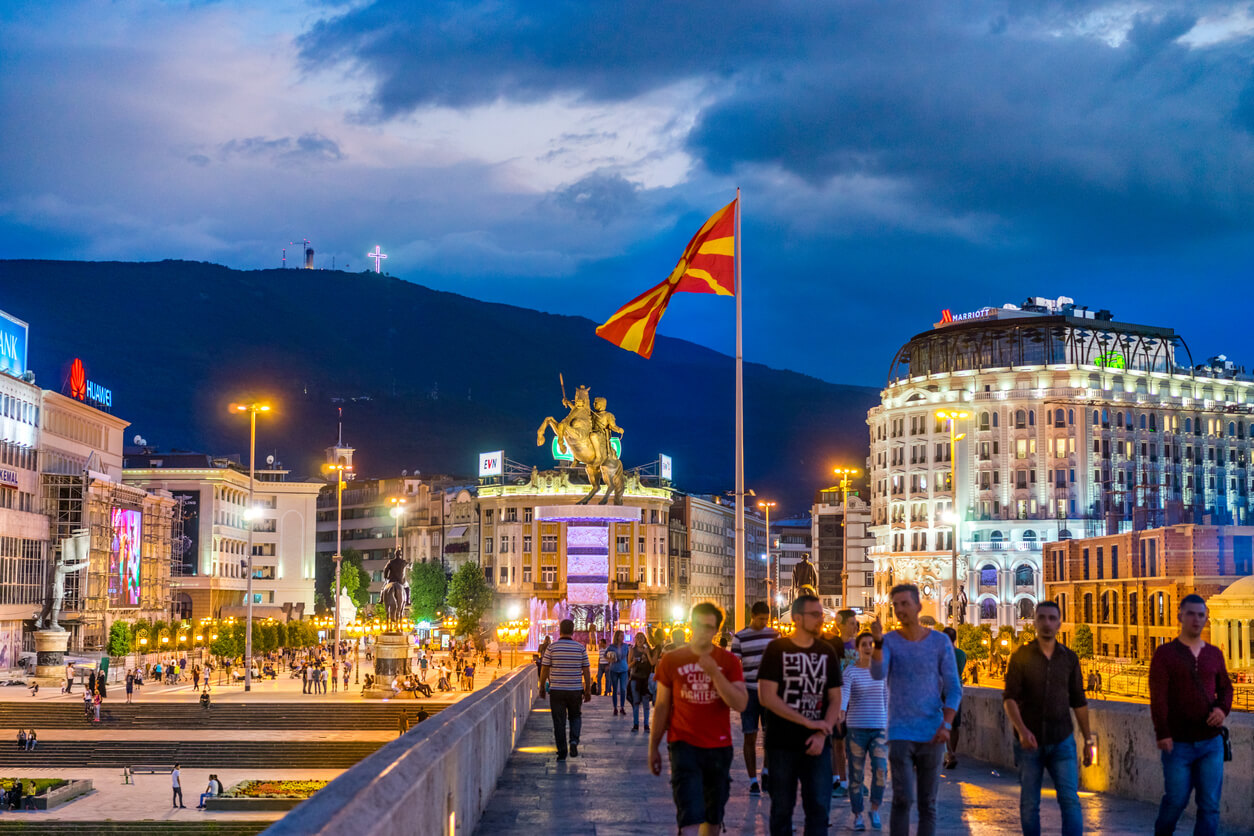 Skopje offers a wide range of accommodation options for all budgets. The most preferred places by tourists are located at Macedonia Square and the surrounding areas as it provides easy access to all points of the city. Lounge Hostel, Elizabeth House, Monako Skopje, Hotel Vlaho, Hotel Glam and Bushi Resort are listed among the local selections to choose for your stopover in Skopje.

What to Eat in Skopje? 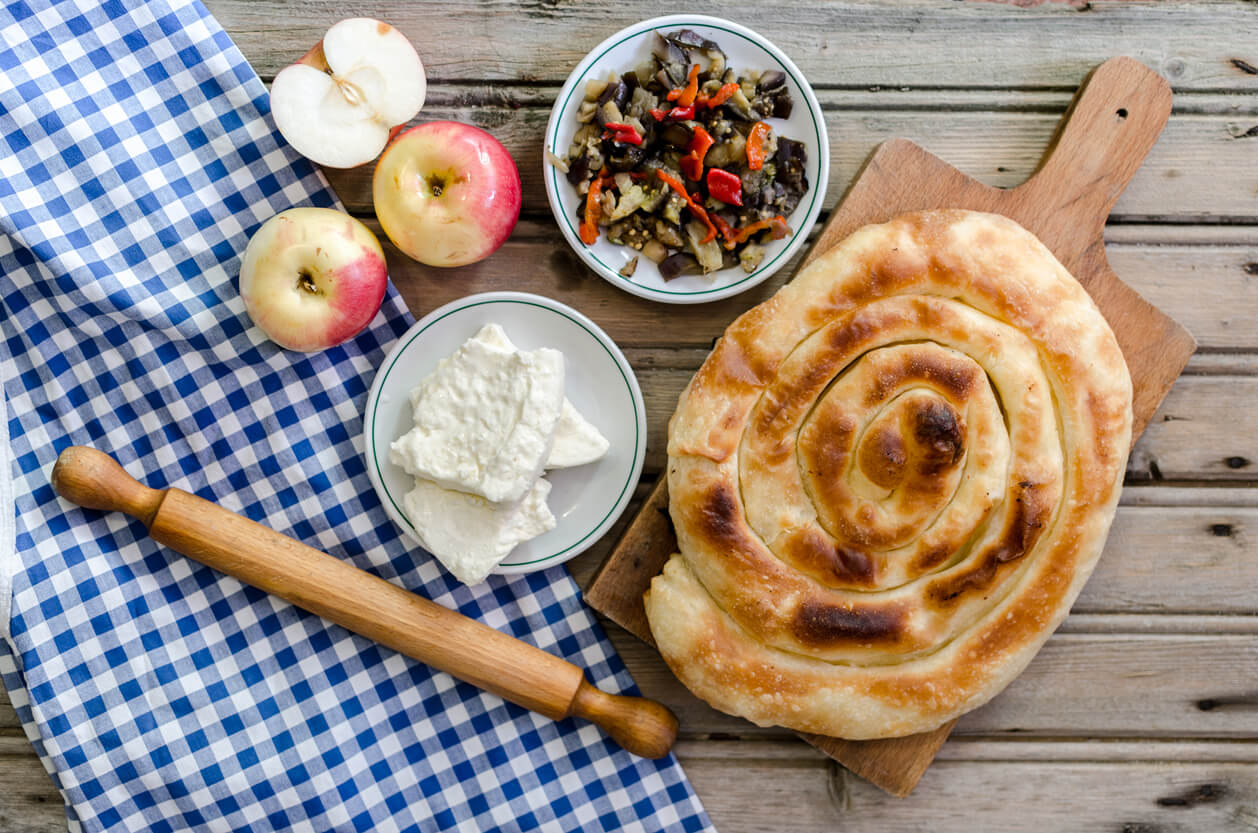 There are numerous restaurants in the city center offering dining options that suit all tastes. The local cuisine includes a variety of flavors ranging from pastries to meat dishes accompanied by legumes. Macedonian kebab, pljeskavica, tafta grafica are among the favored delicacies.  You should try the Macedonian drinks strumka and mastika.

Shopping in Skopje: The Best Souvenirs to Buy

Established within the Turkish Bazaar, the flea market is one of the oldest shopping venues of Skopje since the Ottoman period.  Macedonian markets offer an excellent opportunity not only to get to know the country's culture, but also to discovers the traditions of the local people. Leather hand-sewn and easy to wear national shoes “Opanci”, national costumes and tablecloths decorated with beautiful embroidery, famous Macedonian carpets, copper and silver ornaments and traditional instruments of folk music, Gaida, Tapan, Supelka are famous souvenirs to buy from Skopje’s bazaars. There are also three large shopping centers in the capital city. Skopje City Mall, Ramstore Mall are the venues where you can buy clothes from popular Macedonian brands. 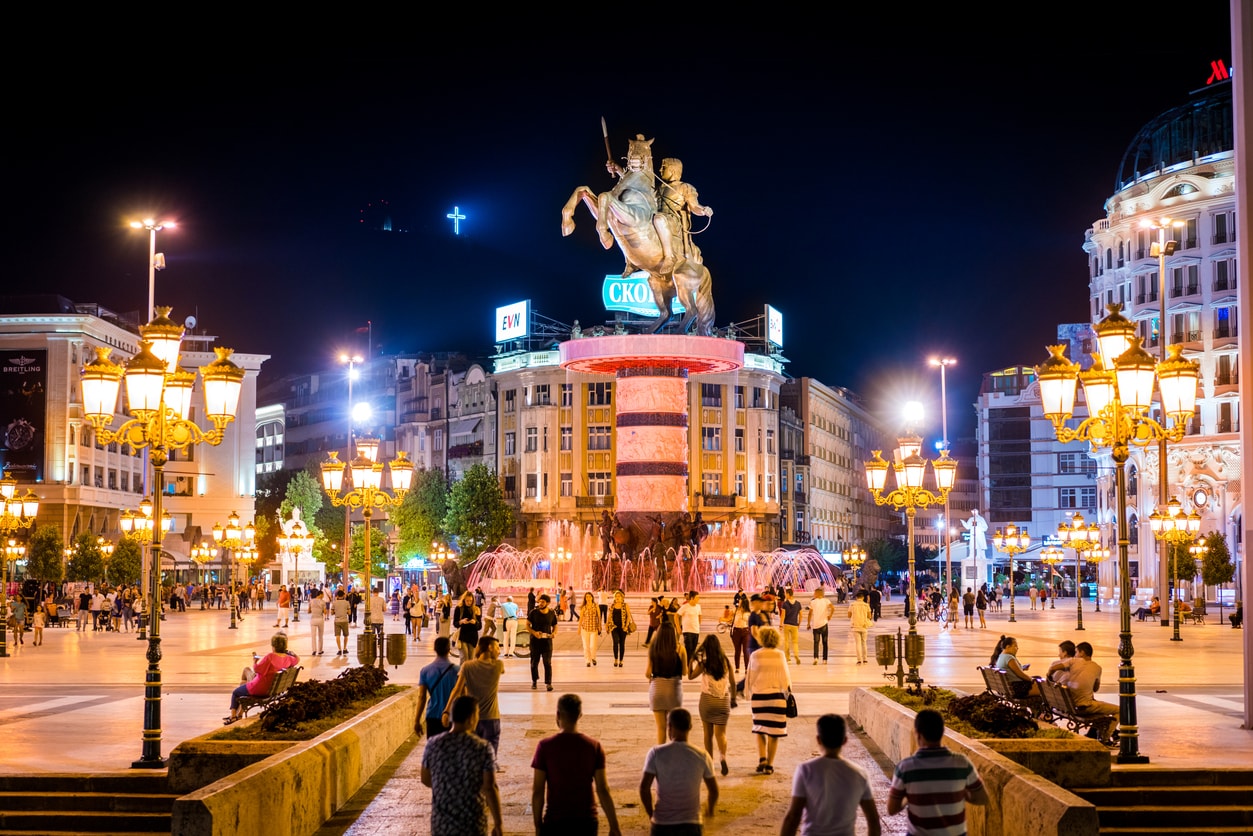 Skopje has a colorful nightlife with its diverse and entertaining cafes, bars and clubs that appeal to its multicultural population. You can sit in the Irish pub on the banks of the Vardar river, listen to jazz music on the lively streets or dance in its big clubs until the morning. Havana Club, La Bodeguita Del Medio, Menada, Club Colosseum and Speakeasy are great places to spend a pleasant night in Skopje.

Things to Know Before Visiting Skopje