Rome is a proof that even the most contradictory elements can embrace each other to create harmony. In Rome, the ancient embraces the modern. In other words, the Eternal City displays an amazing array of modernity, enthusiasm, history and continuity.

The city of the Empire, Rome still stands with glory and carries the heavy yet famous burden of its history. With its 2,872,800 residents (2017), it is the fourth most populous city in the European Union. And the only city which contains a country in its heart, which is the Vatican. That is the reason why Rome has been described as the capital of two states. 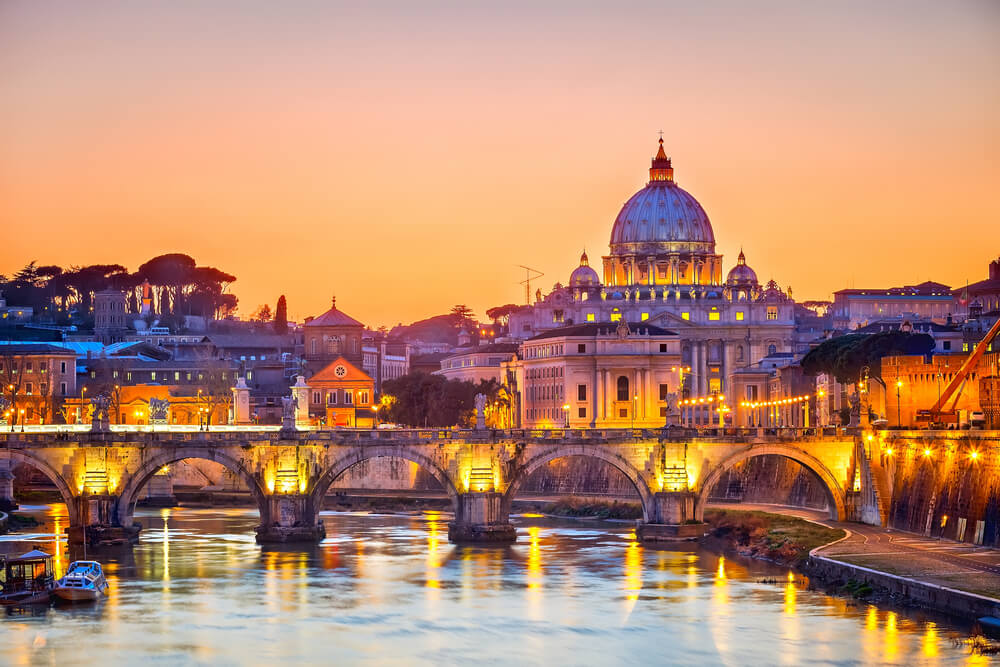 Built in the middle region of the Italian peninsula, Rome stands between the Rivers Tiber and Aniane. With its long history of 2800 years, Rome has been the capital city of many nations. Thus, in the soul of Rome there are lots of different motives and cultural traces. The buildings of Rome prove that the city was the birthplace for many things. Romans believed that even the world collapsed one day, Rome would always stand still.

How to Get to Rome?

There are two international airports in Rome. One is Leonardo da Vinci Airport located in Fiumicino and the other one is Ciampino. Pegasus Airlines has direct flights to Rome. Ciampino is relatively a smaller airport.

And the distance between the city centre of Rome and Ciampino Airport is 12.5 km (7.5 miles), whereas it is 40 kilometers (25 miles) from Leonardo Da Vinci Airport to Rome.

You can buy your İstanbul to Rome flight tickets by clicking here.

Transportation from Rome Airport to the City Centre

Rome Airport’s taxi service is another option that you can choose to get to the center of Rome. Any destination except Tiburtina Station and Ostiense Station costs around €48 (2019).

There are Regional Trains departing every 15 minutes and stop at the stations such as Rome Tiburtina, Rome Ostiense, Rome Trastevere and Rome Termini.  Leonardo Express provides a direct connection from Fiumicino to Rome Termini. This has the shortest travel time as you can reach the city center in around 32 minutes.

The Metro, Bus, Tramlines, Taxis and Urban Railway are the main options when it comes to getting around Rome.

The Roma Pass ticket on the other hand, provides a stress free trip in Rome. This ticket is valid for 3 days and provide free entrance for 2 museums, discounts on health services, free transportation and museum entrances. This card is sponsored by Rome City Council and is only €38.50 (2019).

It is always possible to visit Rome regardless the weather conditions as it is in the Mediterranean Division. It is always lovely, cheerful and wonderful. But it is important to note that in the summer months Rome is quite crowded. And as the city is huge, 3-4 days are not enough to explore the whole city. At least a week would be allocated to have an unforgettable vacation.

Note that in winter and fall seasons, hotel prices are relatively low due to the decrease in tourism.  And the first Sunday of every month, the entrances to historical sites and museums are free. They are closed on Mondays. Ideal months to visit the Eternal City is September, October and November.

Places to Visit in Rome

Rome is very famous for its ancient relics, in fact they are the reason most people visit Rome. You can visit most of these by foot, although it might be more comfortable to use the bus that goes through all the landmarks to see the sights for yourself. The iconic symbol of Rome, Colosseum still stands after 2,000 years. The greatest amphitheater measures 188 meters in length and 57 meters in height. This gigantic structure could contain 50.000 people. The exotic animals, prisoner executions and glorious battles of the gladiators were displayed in Colosseum. One of the Seven Wonders of the World, located in the Vatican City; Colosseum still manages to display the glory of Rome today. 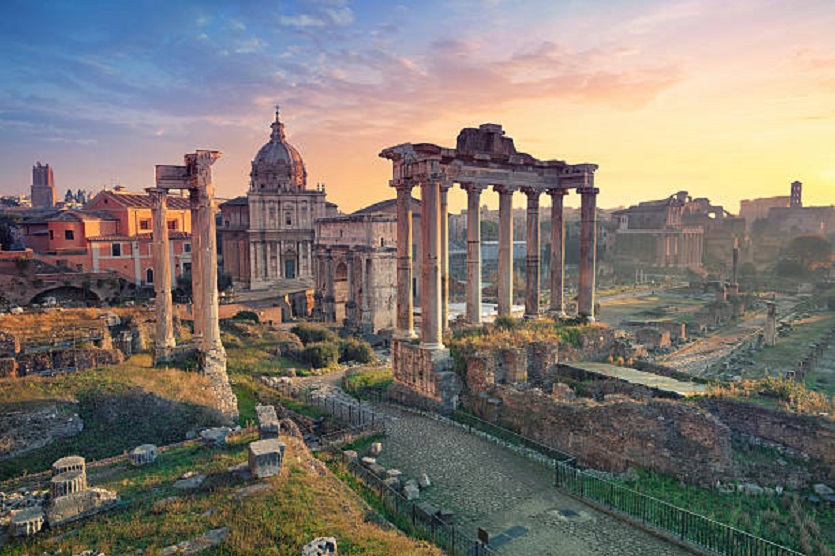 The birthplace of modern state system and politics, Roman Forum is located between Piazza Venezia and the Colosseum. The life in Rome flowed through the strong walls of the forum. Every history and politics enthusiast will love visiting this amazing place.

The only country within a city, Vatican City, is located in the center of Rome. The house of the Pope and great gardens of the settlement create a beautiful and magical atmosphere. St. Peter’s Square is a great point to take a photo from. St. Peter’s Basilica and the Sistine Chapel stand there as well. Built by the order of Emperor Hadrian, Pantheon is a temple to all the gods. With its concrete dome, Pantheon is solid as the Romans’ loyalty. Its dome lengths almost 43 meters and at the peak, there is a tiny hole named Oculus. According to the common belief in history, Oculus was made for demons so that they can run away from the temple, as it is the place of gods. It can be reached by number 8 tram and the entrance is free on Mondays and Saturdays.

Where to Stay in Rome? There are many luxurious hotels in Rome and provide a more comfortable experience. But if you are careful on your budget, you might consider to find affordable hotels. Because Rome is quite rich in means of accommodation as well.

There are different types of hotels in different regions of Rome. But it is recommended to choose you accommodation near the city center. Because walking around Rome is also a wonderful activity and a lot of attractions in the city can be reached on foot.

What to Eat in Rome? 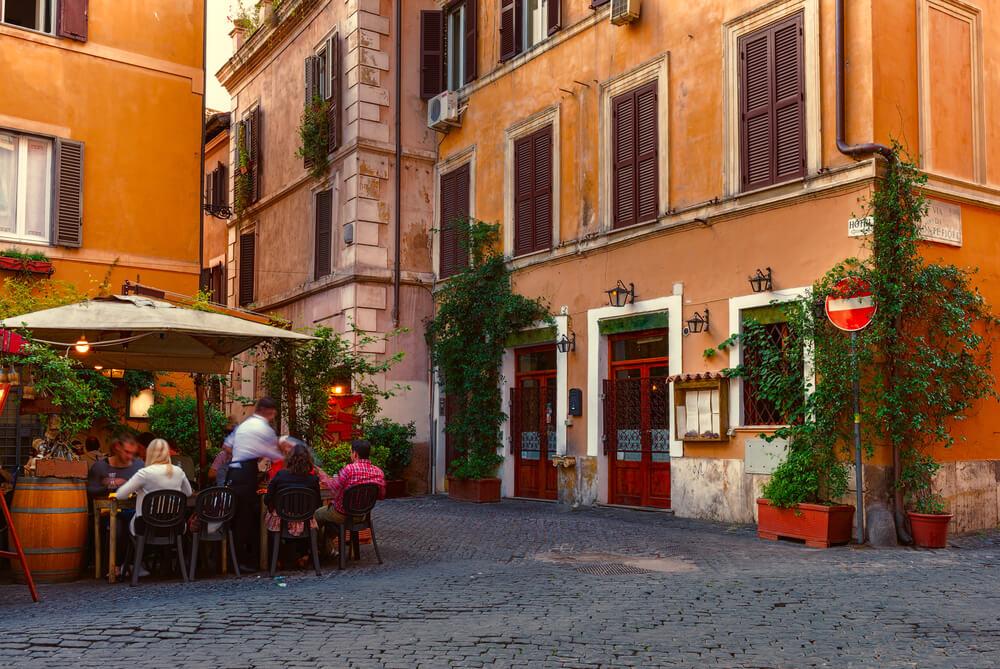 Italian cuisine is popular all around the world, from pizza to pasta. However, no matter how hard others try, the food in Rome is different and it is the real Italian food! Italian cuisine is at its best in Rome. Hundreds of restaurants do not only provide great food but invite you to have a great experience while tasting.

The streets of Rome are full with different restaurants and food stores. These places not only expands the magical atmosphere of Rome, but they also change your perception of food and enrich your taste. You should definitely try Italian pizza and ice cream during your visit.

Shopping in Rome: The Best Souvenirs to Buy

Rome has famous shopping squares such as Via Margutta, Via dei Coronari, Via Condotti and Via del Corso. Shopping is especially joyful in Rome because the Italian love of fashion is real and this can be felt in every street of the city.

Italian cuisine has always been famous but Italian fashion has long been popular as well. The fashion of Italy is displayed in Rome, as this huge city is full of wonderful stores with various styles of clothing. The locals of the city look like they are prepared for the fashion week. Maybe they are, because just wandering around Rome and observing the styles would be just enough to invite you to the shiny stores to shop all day! As a souvenir, you should definitely buy fashion accessories from Rome. The source of the night life in Rome is Distillerie Clandestine. And the density of clubs are located in Trastevere region. Distillerie Clandestine has some great historical themes, making it quite unique famous. Alexanderplatz, Jonathan’s Anges, Le Copelle, Les Affiches Roma and San Lorenzo are some of the best places to visit in the night life. San Lorenzo is usually visited by local university students.