Cologne, Köln in German, is the biggest city of the North Rhine-Westphalia state, as well as the most populated city in Germany. Founded by the Romans in the first century A.D. and named “Colonia” which roughly translates to “Farm stead”, Cologne is the fourth biggest city in Germany overall. Cologne is known around the world mostly for the marvellous Cologne Cathedral, but it’s always been a very important, lively city and a vibrant trade center; thanks to its location on the Rhine River. It is also one of the warmest cities in Germany.

Cologne is situated on the western edges of Germany, very close to the French and Belgian borders. Wuppertal, Bonn, Aachen, Düsseldorf, Dillenburg, Homberg and Amsberg are the closest cities to Cologne. 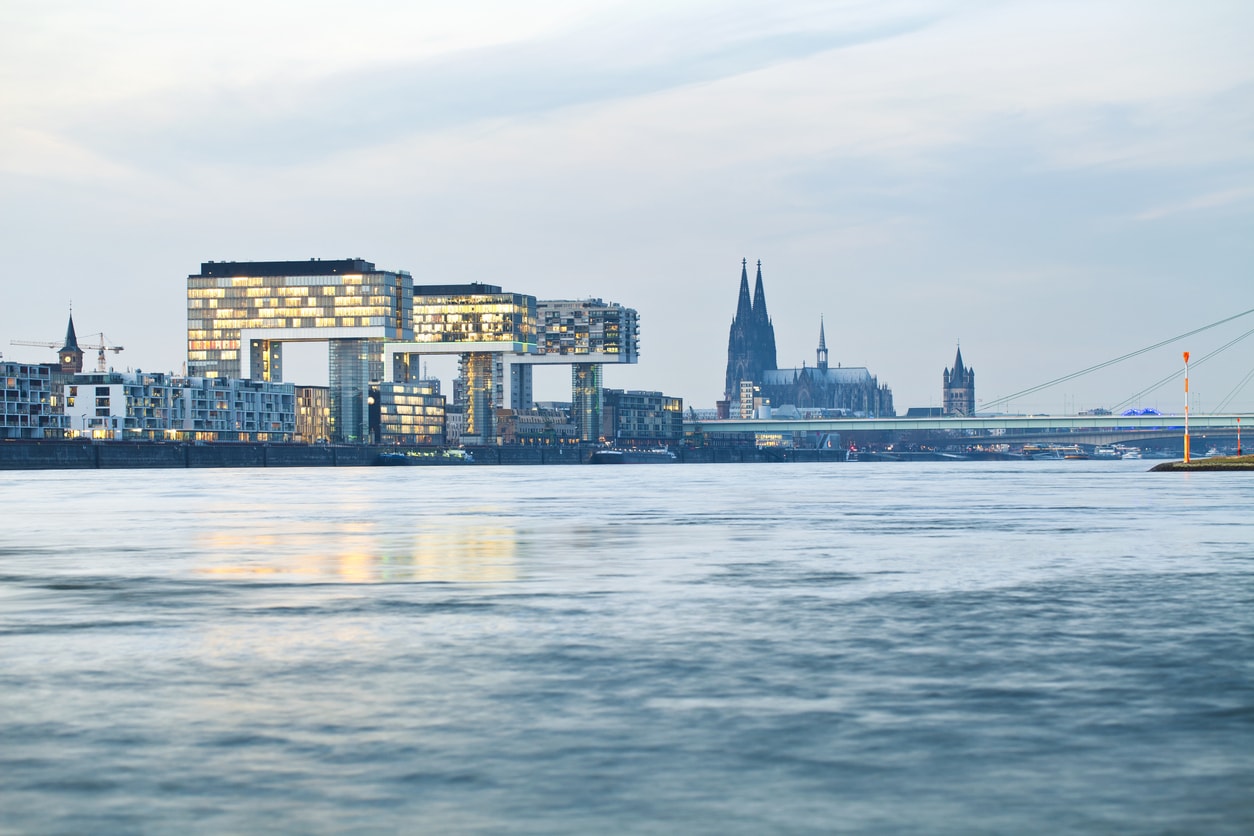 How to Get to Cologne?

The flight duration is approximately 3 hours and 20 minutes from Istanbul.

You can buy your direct flight tickets to Cologne from here.

Transportation from Cologne Bonn International Airport to the City Center

Cologne Bonn International Airport is located 15 kilometres away from the city center. You can get there with airport taxi, bus, train or rent-a-car.

The S13 train takes you from the airport to the city center in 15 minutes. The train usually makes three rounds every hour and is the most common way of making the trip. The Regional Express also makes the trip between Cologne and Bonn Airport, taking 11 minutes; and ICE trains, taking 10 minutes. The tickets to the S13 and RE trains can be bought from vending machines in the train stations, as well as the ICE trains, which are part of a bigger network with Aachen, Frankfurt and Düsseldorf.

The Airport Express Bus SB60 is another option to travel between the airport and the city centre, and makes two trips every hour, except on weekends when it makes one trip every hour. This bus will get you to Cologne in 27 minutes, and back to Bonn from the city centre in 32 minutes. The tickets can be bought from the driver. 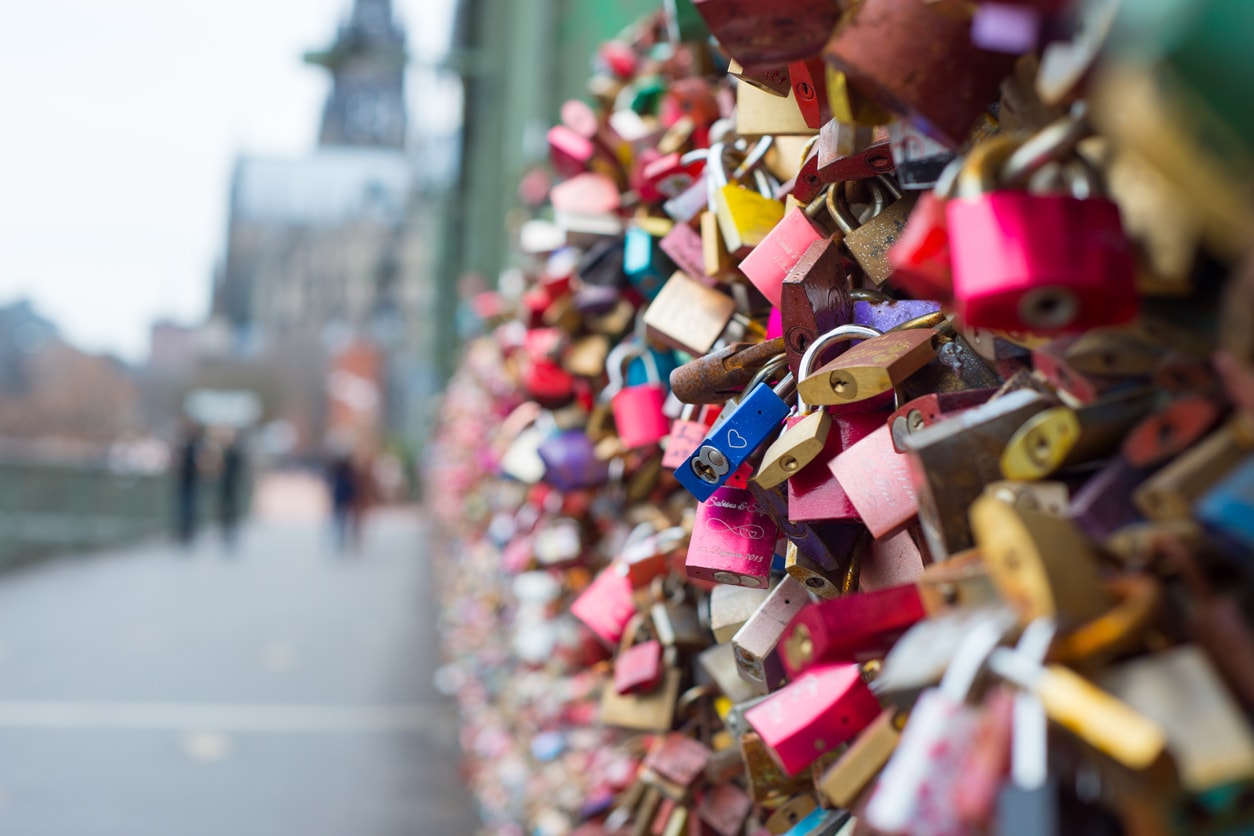 The summers of Cologne are warm enough, with an average temperature of 17 degrees Celsius but are very humid. You may prefer visiting in Autumn and Spring, when it’s still warm but much less humid. It also rains a lot in the winter. June seems to be the optimal time to visit: with ideal weather as well as relatively more affordable hotel prices. You may also want to plan your trip around a local festival, details about which can be found in the section below. We recommend you stay at least three days to truly appreciate Cologne.

Places to Visit in Cologne

Cologne is in many ways a regional capital in terms of not only population and financial importance, but also in terms of culture. Many great works of architecture and impressive museums can be found in Cologne.

Perhaps the most iconic symbol of Cologne, the Cologne Cathedral is a spectacular work of art. With over 20,000 visitors every day, this imposing cathedral holds the title of Germany’s most popular landmark. Seat of the Catholic Archbishop of Cologne, the Cologne Cathedral is the tallest twin-spired church in Germany, second tallest in Europe and third in the world. Each of the two spires stand at 157 meters tall. The glory of this gargantuan cathedral truly humbles the people standing in its shadow. A masterpiece of Gothic Architecture, this cathedral is also a World Heritage Site. The work on the construction began in 1248 but was abandoned in 1473. With over two hundred years of construction, the cathedral was left unfinished until it was started back up in the 1840s and finally completed in 1880. This incredible cathedral stands at the foot of the Hohenzollern Bridge, and is a must see.

The Hohenzollern Bridge is named after the House of Hohenzollern, a powerful royal family in Medieval Northern Germany, monarchs of Prussia after its birth and emperors of Germany after the German Unification. It is a bridge over the Rhine River, with a total length of 409 meters and a width of 26 meters. The work on this great bridge began in 1907 and was completed in 1911. It was originally a means to cross the Rhine for trains, cars and pedestrians alike, although after its destruction in World War II and subsequent reconstruction, it no longer is open to automobile traffic. As one of the most important bridges in Germany, it was bombed daily during World War II and impressively, it wasn’t even seriously damaged until the German military engineers blew the bridge as the Allies advanced into Germany. It was completely rebuilt by 1948, thankfully, and today more than 1200 trains cross the Rhine over it every single day. The view from the Deutz side of the bridge is truly something to behold, especially at night. The lights of the city on the far bank of the Rhine, with the Cologne Cathedral and the Great St. Martin Church towering above the city, the Cathedral awash in white light and the Church in an orange hue; and the lights of the Hohenzollern Bridge, dancing across the waters of the Rhine. It is also flanked on either side, on both banks, by an equestrian statue of a Hohenzollern, for a total of four statues, which are also popular with tourists.

The Great St. Martin is a Romanesque Catholic church, consisting of various sections, the oldest of which dates back to the late 10th Century. Among the later additions to the church is an incredibly beautiful tower, with four smaller ornate turrets on all four corners of it. The immaculate work on the outer façade of this tower is reason enough to visit.

Colonius is a telecommunications tower, standing at 266 meters tall, in the shape of a needle. Although it used to be possible to see Cologne from the sky in Colonius, due to administrative problems, the viewing platform was closed to visitors in 1992. At the time this guide is written, in 2019, it is still closed.

Kranhaus is the name given to each of the three buildings that dwarf the other buildings around them in what used to be the city’s harbour. The harbour was redesigned into a residential and commercial district in the 2000s, and the three 17-storey high buildings, roughly in the shape of an upside-down “L” were constructed to resemble the cranes that used to load cargo on and off the ships in the harbour. This is also where the buildings get their name. This unconventional piece of architecture is certainly a site to see.

Where to Stay in Cologne?

What to Eat in Cologne? 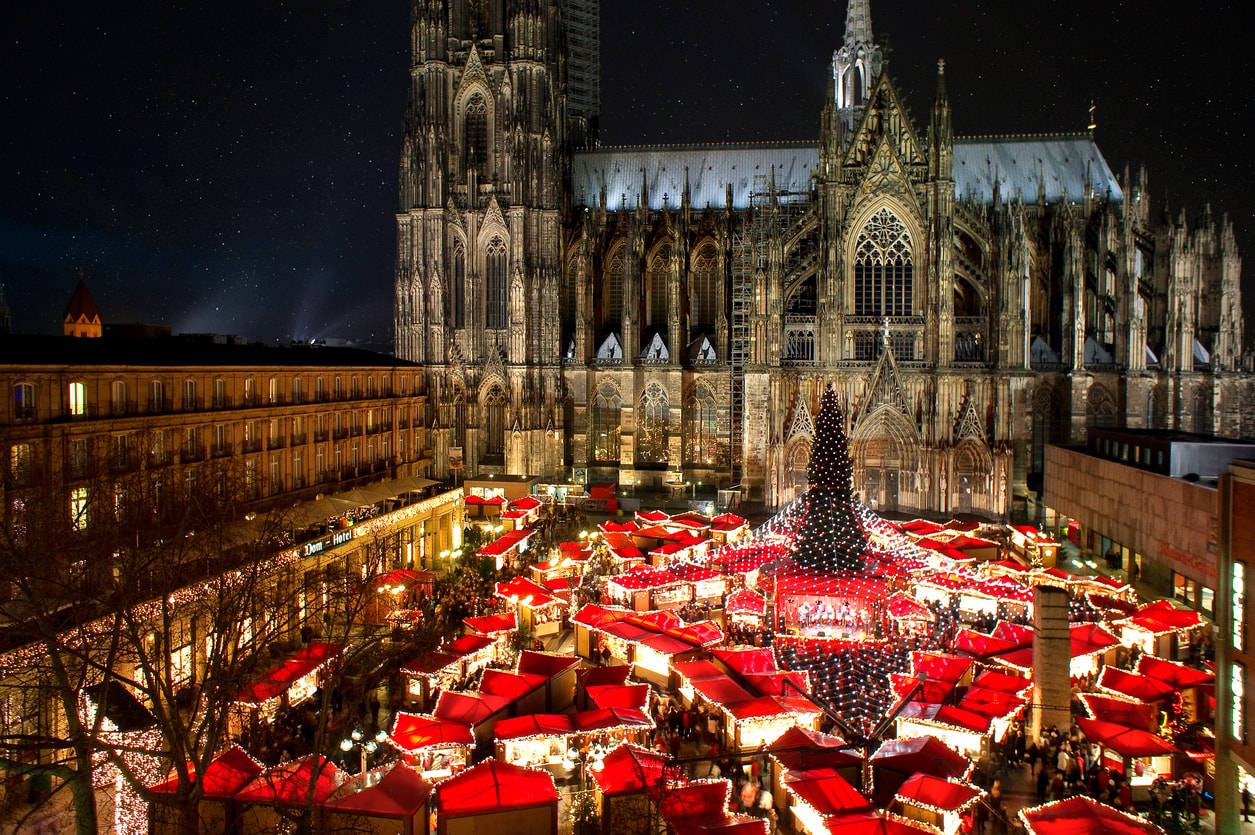 The Hohe Strasse in Cologne Old Town (Altstadt) is the most popular place to go shopping in the city. Many workshops are also found on this street, where you can get beautiful souvenirs. Cologne is of course also famous for its perfume industry, after all, it’s where the word “cologne” comes from. A popular destination is “Farina”, a perfume store that has been in business since 1709.

German nightlife is world famous, and Cologne does not disappoint. Many night clubs can be found in the city, centred mostly around Altenmarkt Street. If loud techno music and dancing isn’t your thing, Hohenzollernring Street hosts something for everyone; from pubs to cafes to nightclubs.