Athens is the capital and most influential city of Greece and is located on the southeastern part of the country. Athens can be considered as the center of commerce, transportation, art, and culture in southeastern Europe.

Athens is one of the oldest cities in the world with a recorded history that spans more than 3,400 years. Historical landmarks from antiquity are still visible in the city center as a manifestation of its rich and influential history. Today, Athens attracts almost up to 6 million international tourists every year thanks to its historical landmarks, cultural heritage, and natural wonders. 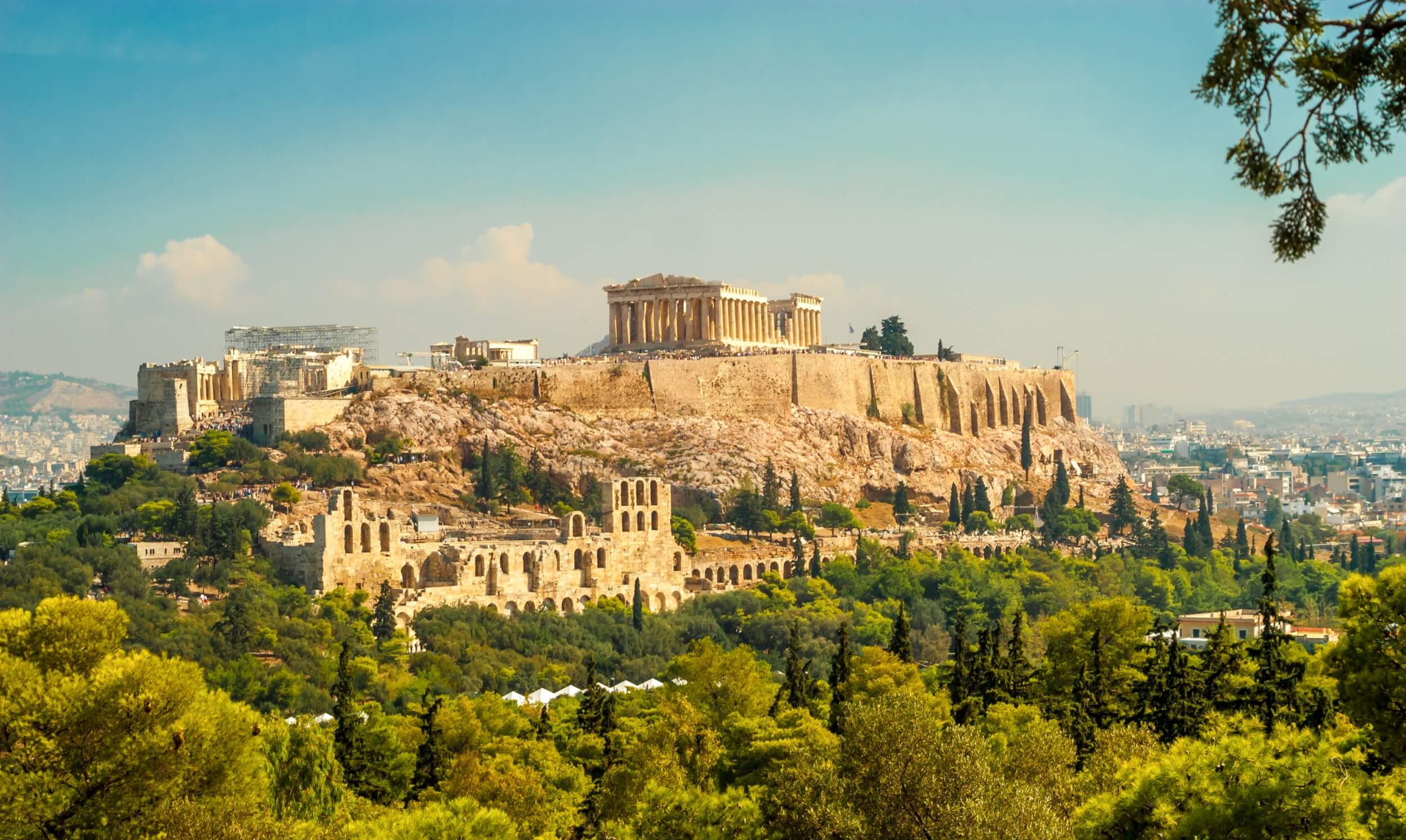 How to Get to Athens?

Athens is one of the most visited cities of the Mediterranean and Pegasus Airlines offers direct flights to Athens from İstanbul.

Flight duration to Athens from İstanbul is 1 hour and 30 minutes.

You can buy your direct flight tickets to Athens from İstanbul from here.

The railway is available for every 15 to 25 minutes between 06.09 and 22.09. In order to use the railway and other means of public transportation, you need to buy a rechargeable “Athena Card” which is available at the airport.

Metro Line 3 connects Athens airport to the city center between 06.30 and 23.30 for every 30 minutes. The trip takes approximately 40 minutes.

There are also many taxis available in the airport 24/7. The trip to the city center (Syntagma Square) costs 38 euros and takes approximately 40 minutes (2019). 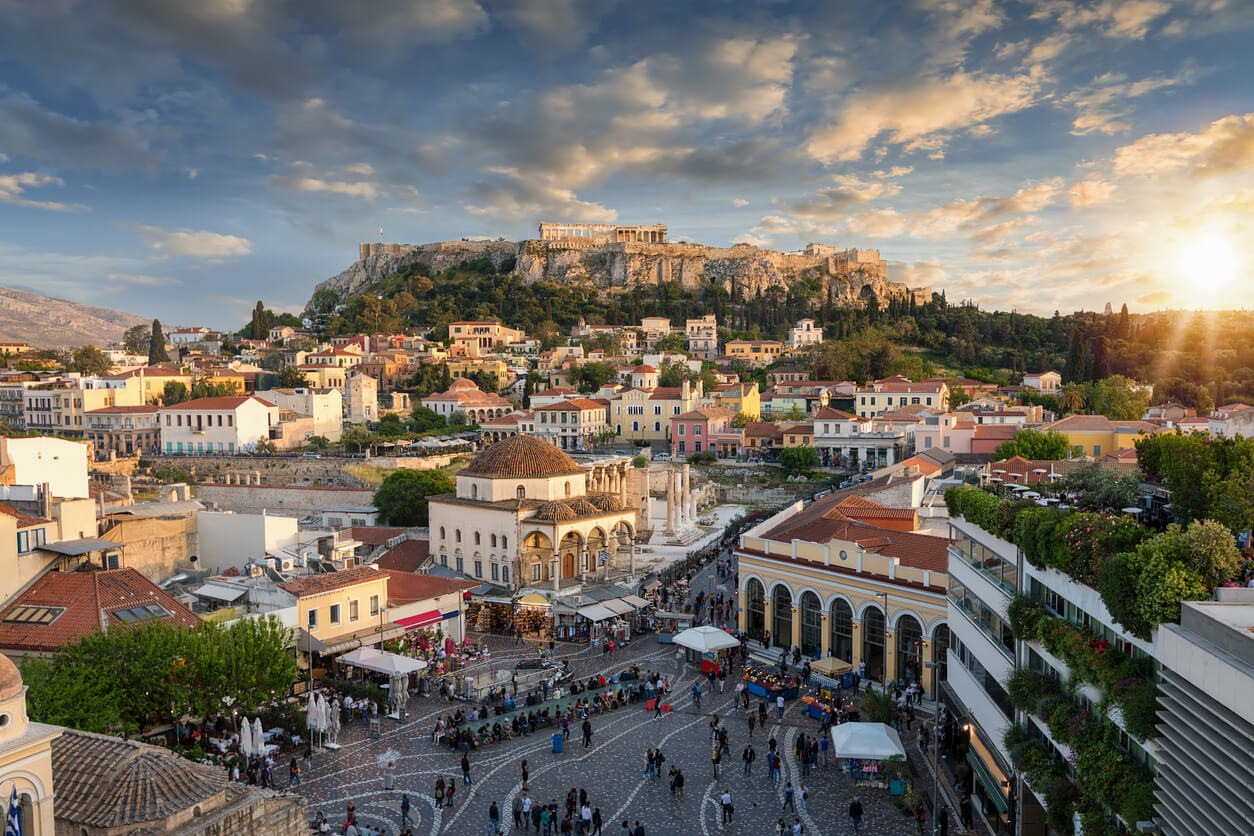 You can use metro, public buses, tram and taxis to get around in Athens. The city offers special tourist cards with varied prices and durations.

Metro in Athens consists of 3 lines. The metro is available from 05.00 AM to midnight. On Fridays and Saturdays, the last train departs at 2 AM.

Public buses usually are available between 05.00 AM to midnight. You can click here to check their timetables and routes. The site is available in English.

You can also use taxis to get around in the city.

Athens has a Mediterranean climate, which includes hot and dry summers with mild winters. The hottest month is July and the coolest month is January. We suggest you to visit Athens during late spring or early autumn since the weather is pleasant and more welcoming. It is recommended for you to enjoy Athens for three or four days.

Places to Visit in Athens

Athens is one of the oldest cities in the world and shines with its well-preserved ancient historical landmarks. The city attracts millions of international tourists every year not only with its unique historical landmarks but as well as its vibrant social life, cultural heritage and delicious cuisine.

The Acropolis of Athens 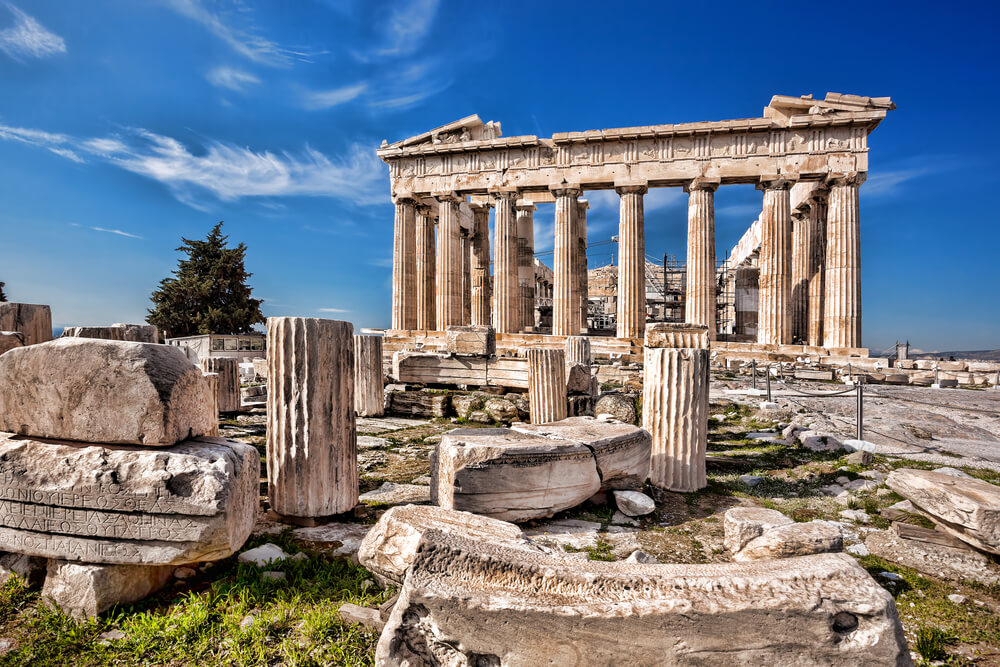 National Archaeological Museum is the most visited museum of Athens with thousands of artifacts that are ranging from prehistoric times to late antiquity. The museum is located in the city center and walking distance away from the Acropolis of Athens.

Church of the Holy Apostles Athens

Church of the Holy Apostles Athens was built in the late 10th century and also known as “Holy Apostles of Solaki”. The church is known for its exceptional architecture and is located next to the Acropolis of Athens. 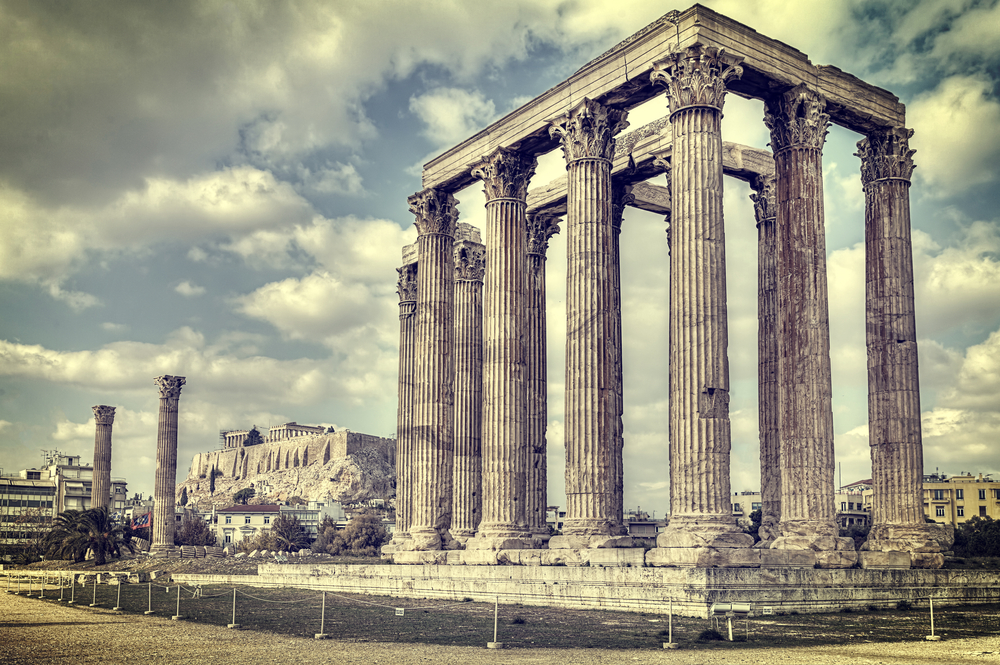 Where to Stay in Athens? 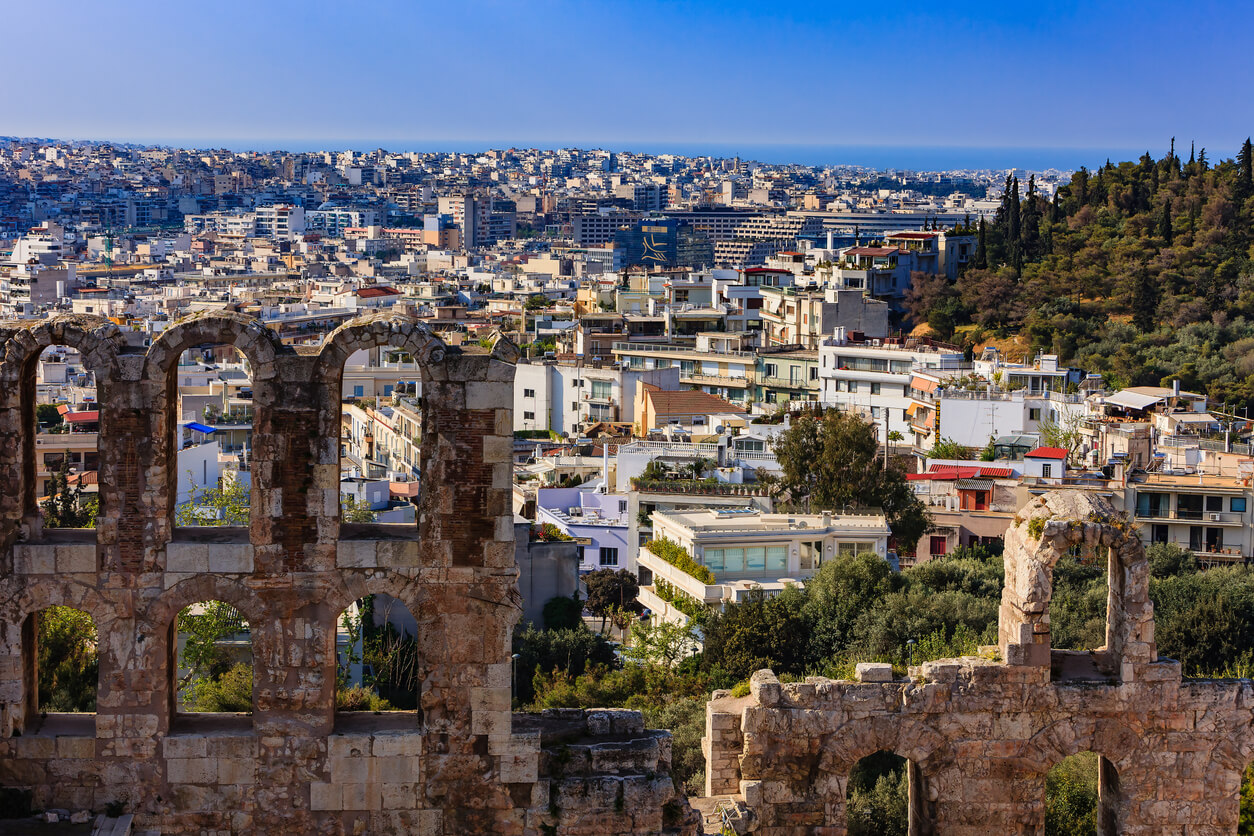 Athens is one of the most popular tourist destinations of Greece and offers a variety of accommodation options to its visitors. If it is your first time in Athens, it would be best for you to stay hotels around Syntagma Square because you will be walking distance away from many significant landmarks such as Parliament Building or Panathenaic Stadium and you will have a chance to observe the everyday life of local Athens residents.

If you are looking for a vacation filled with amazing sceneries in an upscale neighborhood, it would best for you to stay in Piraeus district.

What to Eat in Athens? 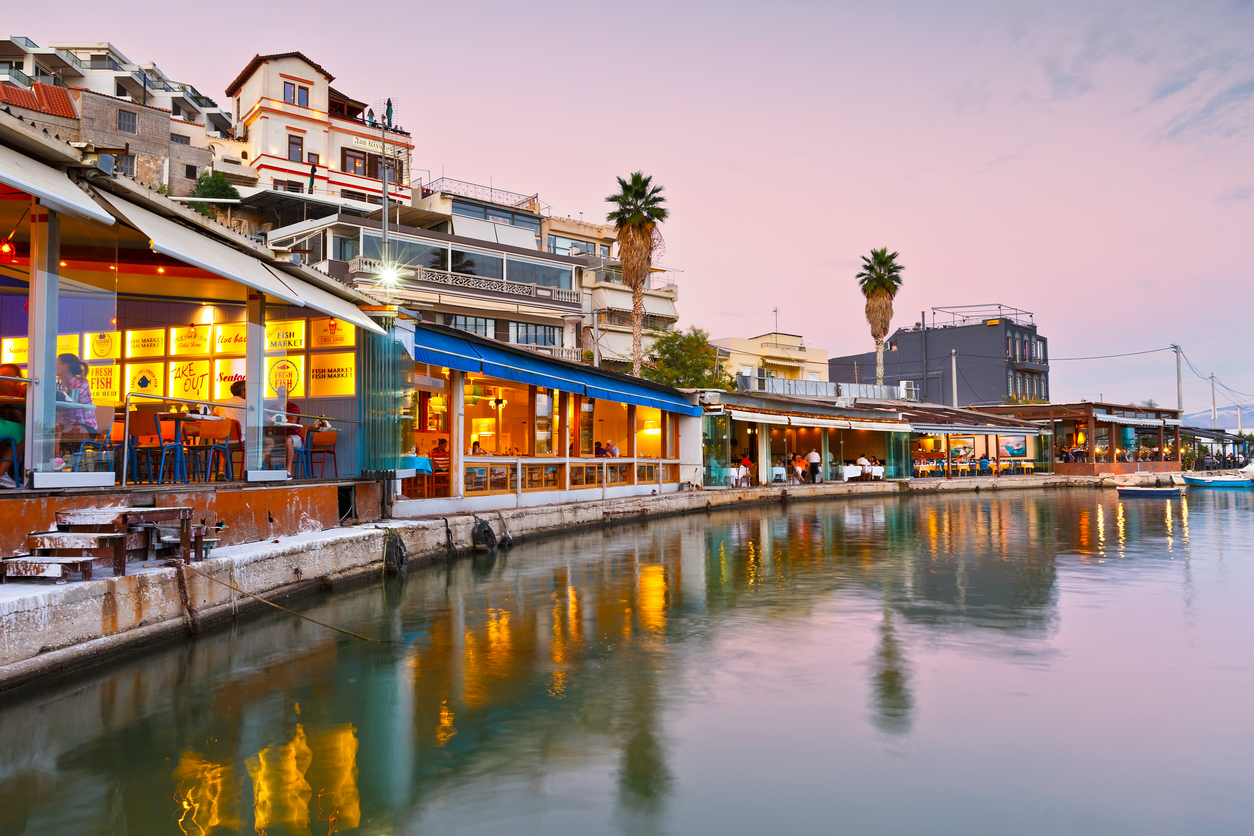 Greek culinary is influenced by both western and eastern countries and created its own unique kitchen with high-quality ingredients. Its recipes are authentic and consist of famous Greek olive oil. Athens is not an exception with top-notch local restaurants that serve fresh authentic Greek food such as “fasolada”, “keftedes”,”saganaki” or “spanakotiropita”. You can also enjoy other countries local recipes in Athens with dozens of good restaurants. 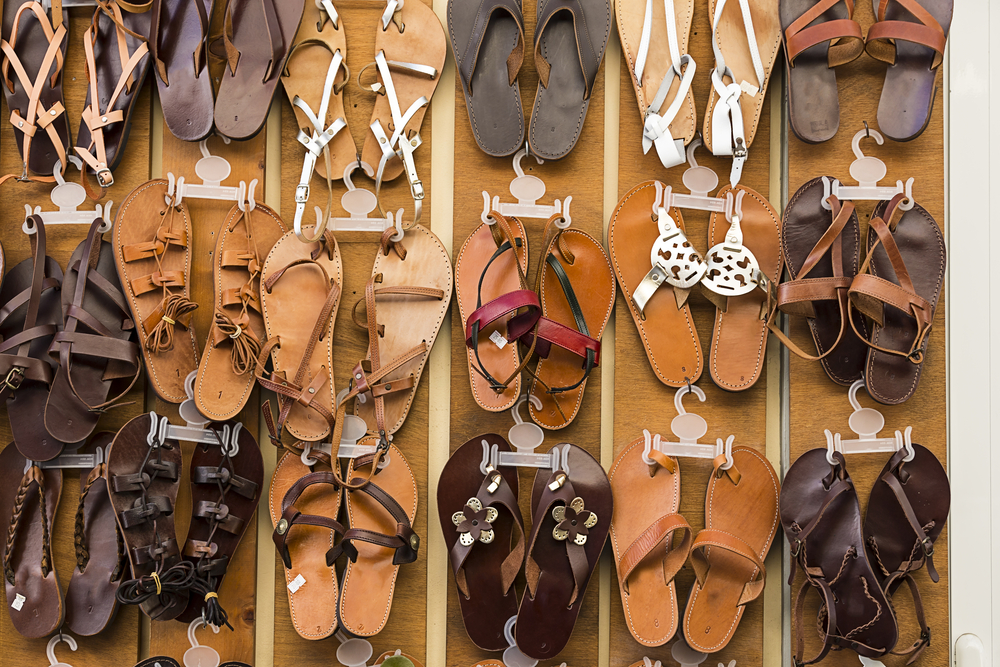 There are numerous souvenirs shops that are scattered around the city center and in other popular tourism attractions in Athens. You can buy archaeological replicas, ornaments, gold or silver jewelry, porcelain vases, olive oil, and spices for your loved ones, especially around “Adrianou” street. If you are looking for upscale stores and designer products, you can visit the Kolonaki district. Monastiraki district is known for its second-hand and flea markets.

Athens has a vibrant nightlife scene and offers a variety of nightlife options to its visitors. Most of the venues are concentrated in the city center around “Plateia Karytsi” and “Kolokotroni” streets. ”The Clumsies” is one of the best pubs in Athens and “The Speakeasy Athens” is the best jazz club in the city.

Things to Know Before Visiting Athens