Ağrı is the beautiful city of Türkiye both with its remarkable natural and historical attractions. The city is located in the eastern part of Türkiye and neighbors to Iran, Van, Bitlis, Muş, Erzurum, Kars and Iğdır. Ağrı offers great nature landscapes thanks to its mountainous and snowy terrain.

Ağrı is home to Mount Ararat where the legendary Noah’s Ark has landed on. The mountain is also the highest peak in Türkiye. 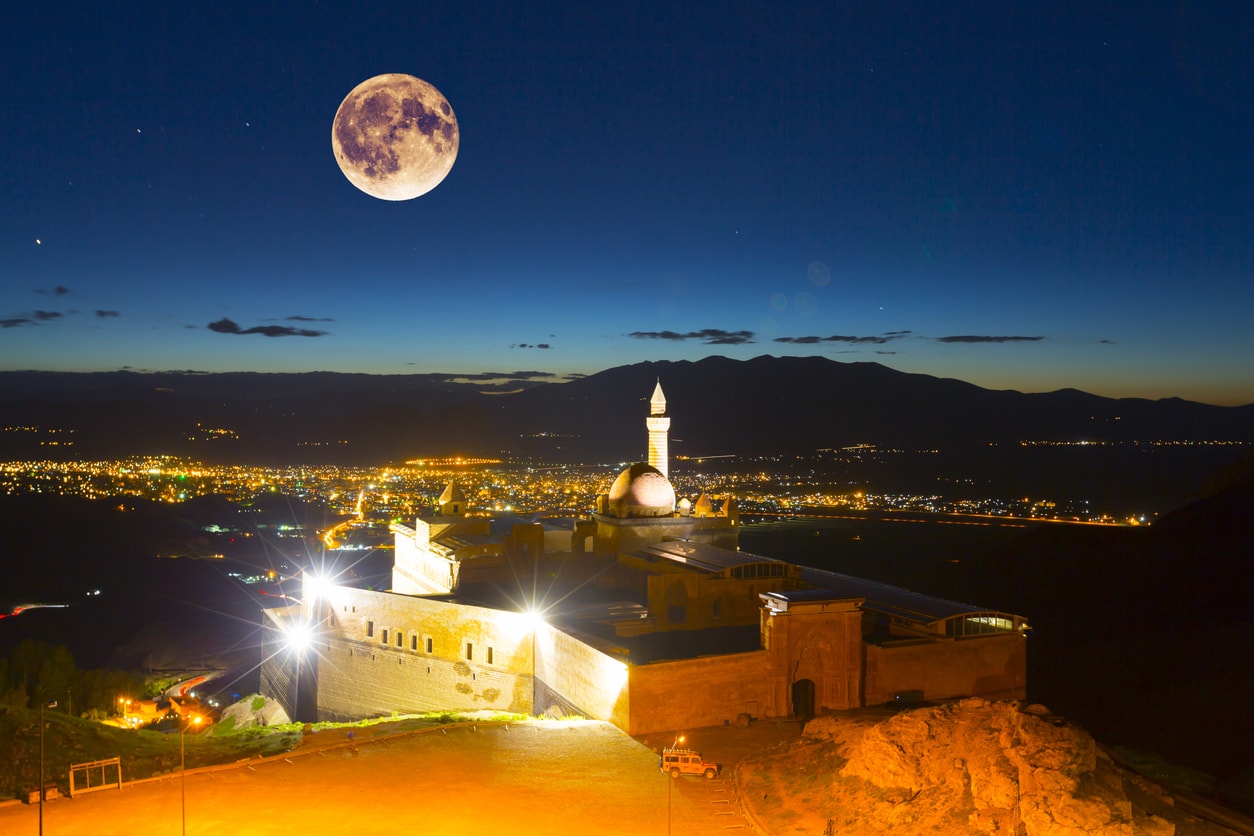 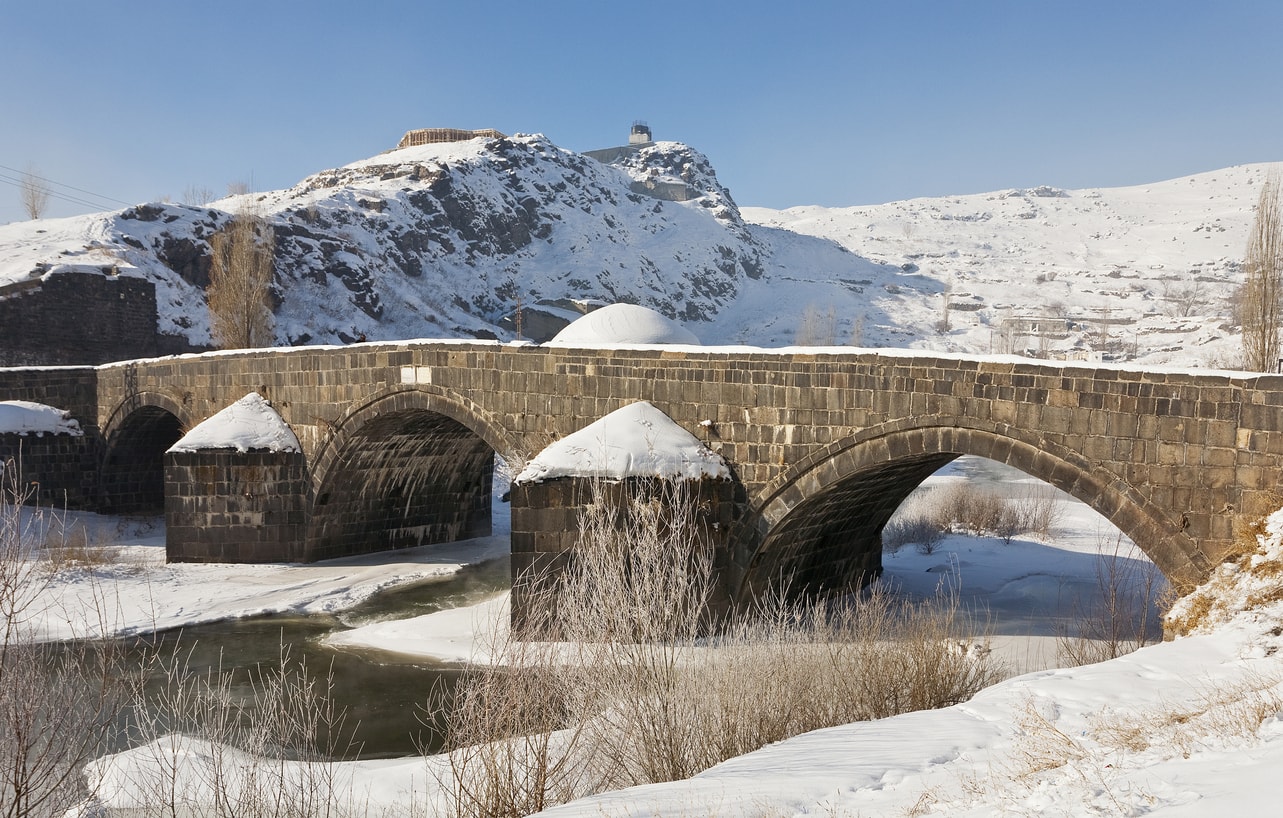 Mount Ararat will welcome you with huge arms as you see it from the tiny airplane window. Pegasus Airlines offers direct flights to Ağrı from İzmir with great prices. The flight takes 2 hours 5 minutes. You can buy your İzmir to Ağrı flight tickets.

There are taxis in Ağrı Ahmed-i Hani Airport that can take you to the city center. They are available for every arrival. Taxis cost 4 liras per kilometer.

In Ağrı, you can also enjoy the city with a rental car. Pegasus Airlines car rental service has great offers for you.

Ağrı does not have an extensive transportation network. You can use the bus, small bus called “dolmuş” and taxi to get around in the city.

Most of the transportation is relying on small busses. They have fixed routes and fares.

You can also use taxis in order to travel around the city. Ağrı is city center is fairly small so it should not take more than 25 liras to get anywhere in the city. Ağrı has a strong continental climate. The city experiences cold snowy winters and dry warm summers. The warmest month is July and the coolest month is January. In summer, the city has the best overall temperature but if you are into snow or skiing, January would be the best time to visit Ağrı. It is recommended for you to stay in Ağrı two or three days.

Places to Visit in Ağrı

Today, Ağrı is a fairly small city but its rich history dates back to ancient times. The city shines with its great natural and historical attractions. There are many spectacular places to see in Ağrı both in the city center and in its districts. 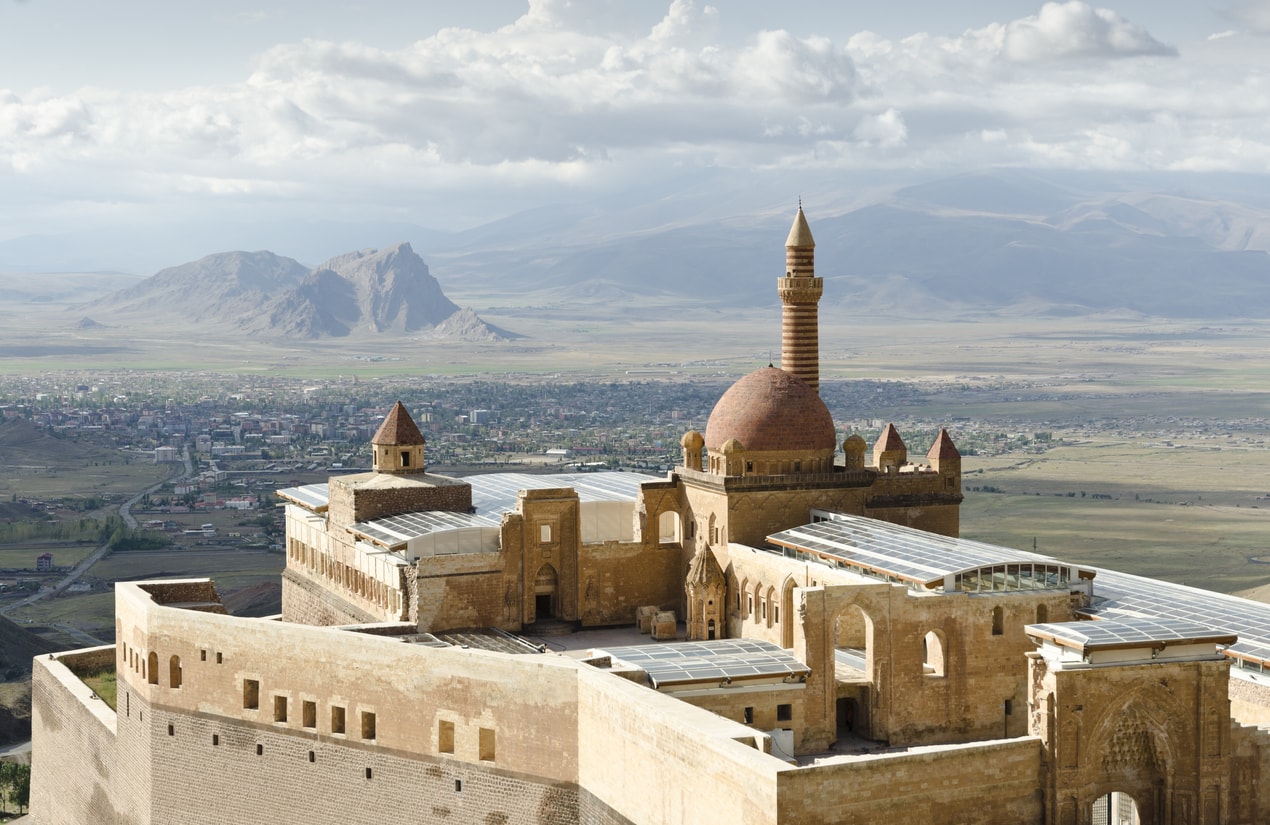 Mount Ararat is Türkiye’s highest peak and has great facilities for hiking, mountain climbing and sightseeing. Ağrı Meteor Pit is the second largest known meteor hit. The pit is located 35 kilometers away from Doğubeyazıt district. There is a tourist-friendly village nearby if you would like to more about the city and its people.

Doğubeyazıt Castle was believed to be built by the Urartians. Its history dates back to 14th BC and positioned on the edge of Karaburun hill. Both Seljuk and Ottoman Empires renovated the castle during their reign.

Where to Stay in Ağrı? 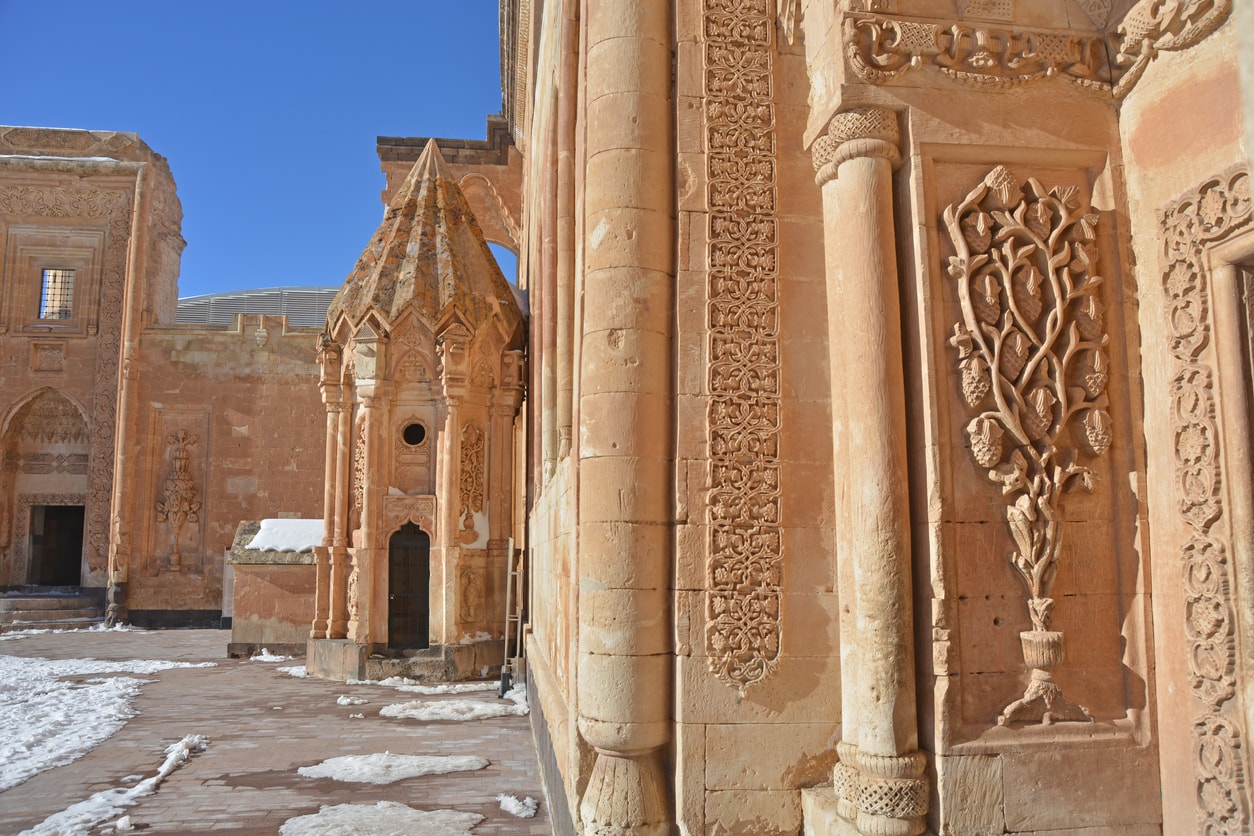 Tehran Boutique Hotel in Doğubeyazıt is the best boutique hotel in the city. Ağrı does not have international backpacker hostels.

What to Eat in Ağrı? 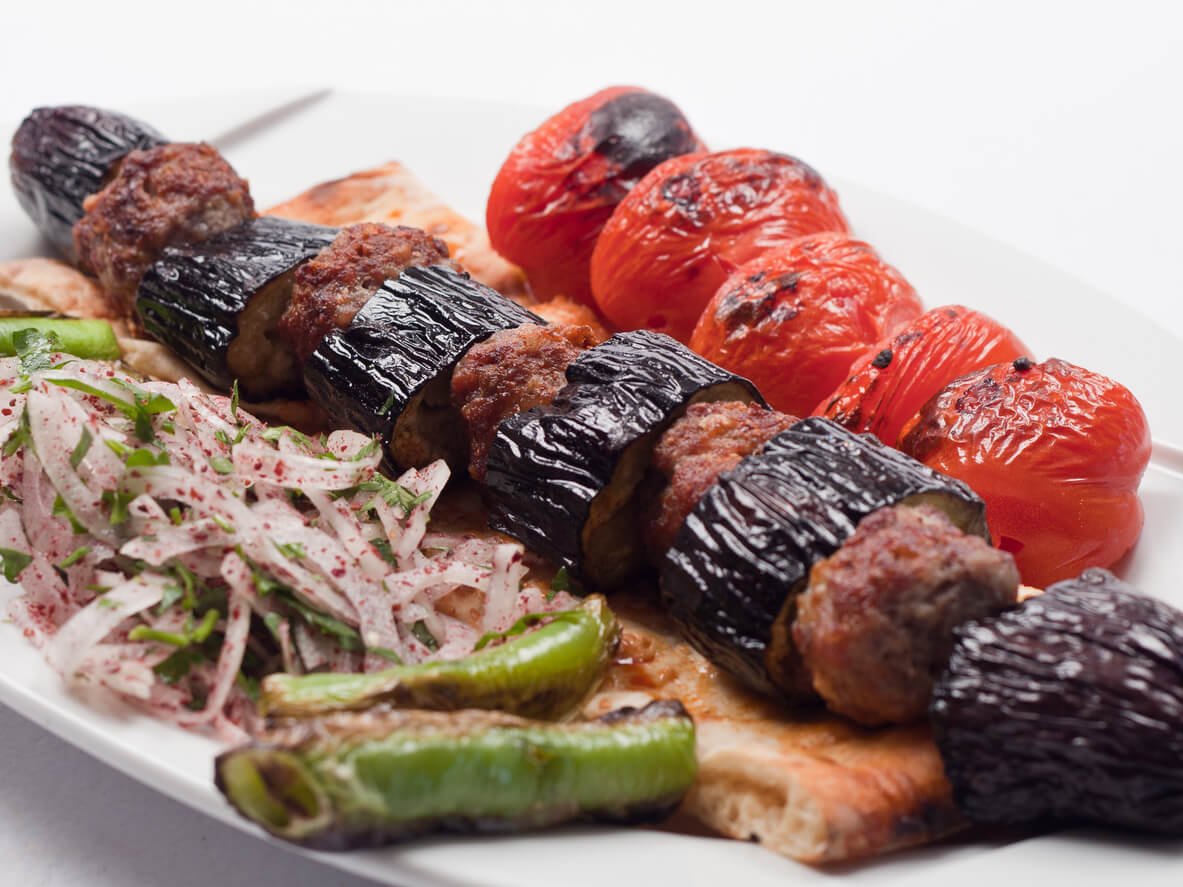 Ağrı’s kitchen mostly consists of meat and pastry products. Meats are usually cooked in low heat. Ağrı also has many unique recipes ranging from soups to jams. Abdigör is the historically famous meatball recipe of the city.

The must-try dishes and the places to eat them: 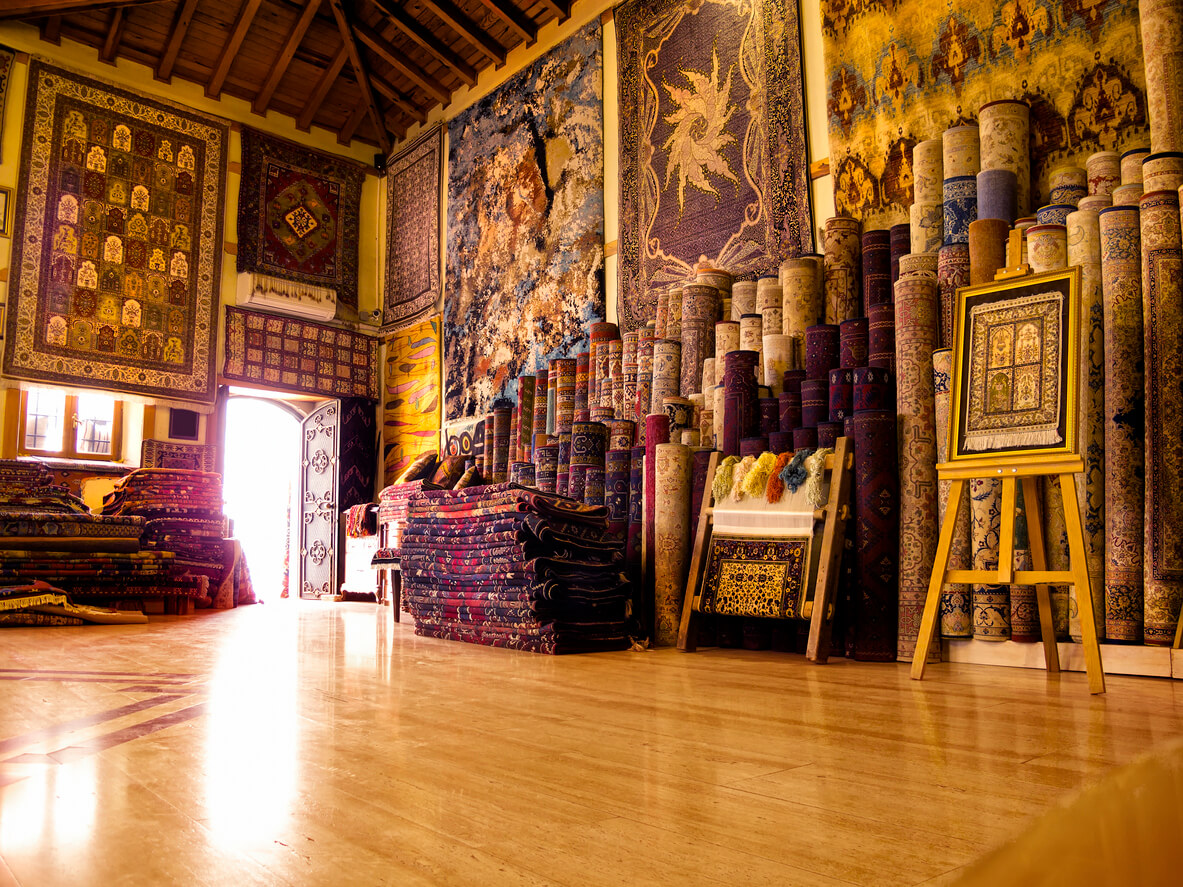 Ağrı does not have any shopping malls that sell international brands but there are many local vendors. Kağızman Street in the city center has many local shops where you can find anything you need.

Arat, Rıfkı Başkaya and Sanat Streets in Doğubeyazıt district offer special Ağrı souvenirs such as handmade scarfs and linens or ornaments and postcards.

Things to Know Before Visiting Ağrı