Edremit is a popular coastal district of Balıkesir and neighbors to Çanakkale to the north and İzmir to the south. The district is known for its gorgeous beaches as well as its unique natural wonders such as legendary Mount Ida, Şahindere Canyon, and Darıdere Nature Park. 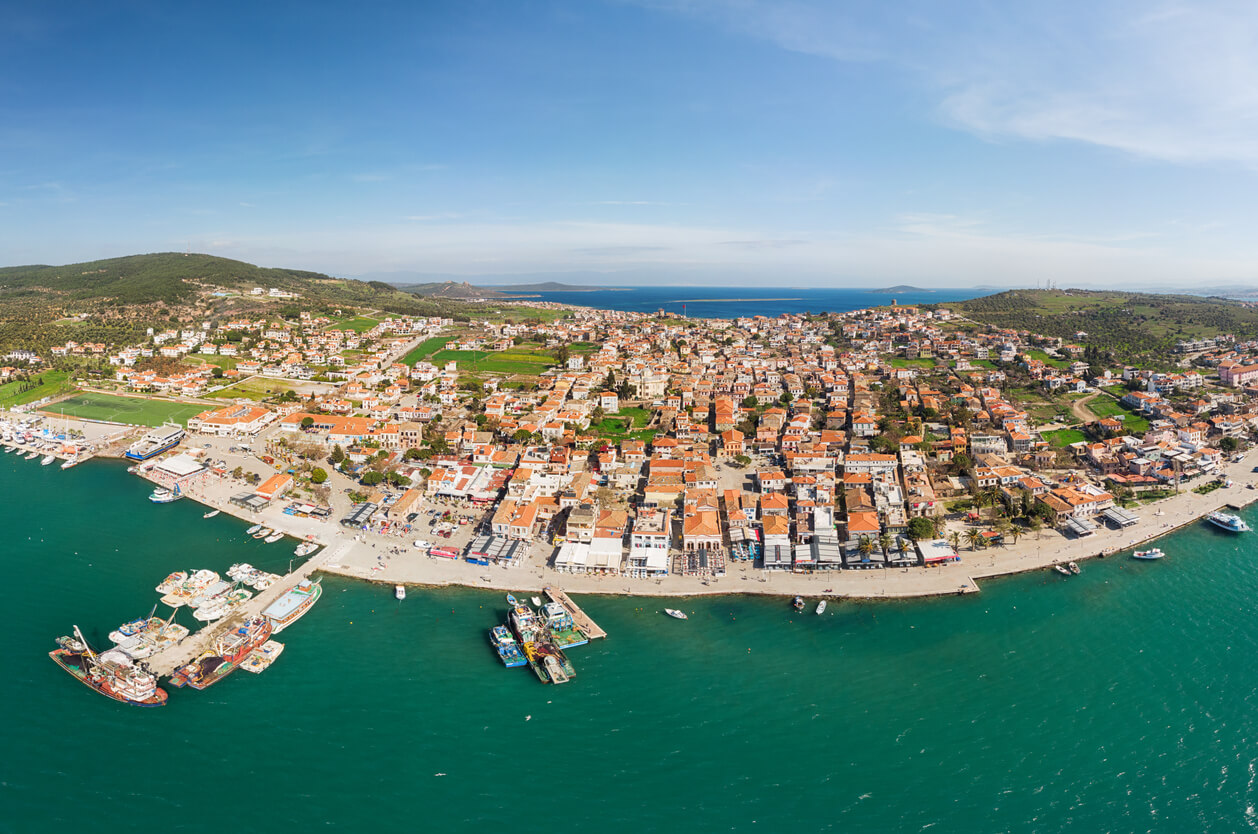 How to Get to Edremit?

Balikesir Koca Seyit Airport is located 8 kilometers away from the city center. You can get to the city center with public bus, direct bus, taxi, and car.

Edremit-Bostancı public bus line connects Balikesir Koca Seyit Airport to Edremit city center. In order to use public bus, you need to walk outside of the airport to Bostancı district which is 15 minute walk away. The trip costs 2.80 liras (2019) and approximately takes 20 minutes.

Direct buses are available for every arrival and depart after 25 minutes upon landing. They have fixed routes for Edremit and its surrounding districts.

There are also many taxis available in the airport 24/7. The trip from the airport to the city center should not cost more than 35 liras (2019).

You can use public buses, small buses and taxis to get around in Edremit.

In order to use public buses, you need to buy a rechargeable “Bal-Kart” from kiosks and sale points that are scattered around the city center. You can check public bus timetables and routes from here. The site is only available in Turkish.

Small buses cover many routes in Edremit and they are the most used means of public transport in the district. They do not have fixed stops on the route, pick-up and drop-off is made on demand and fare is paid in cash. 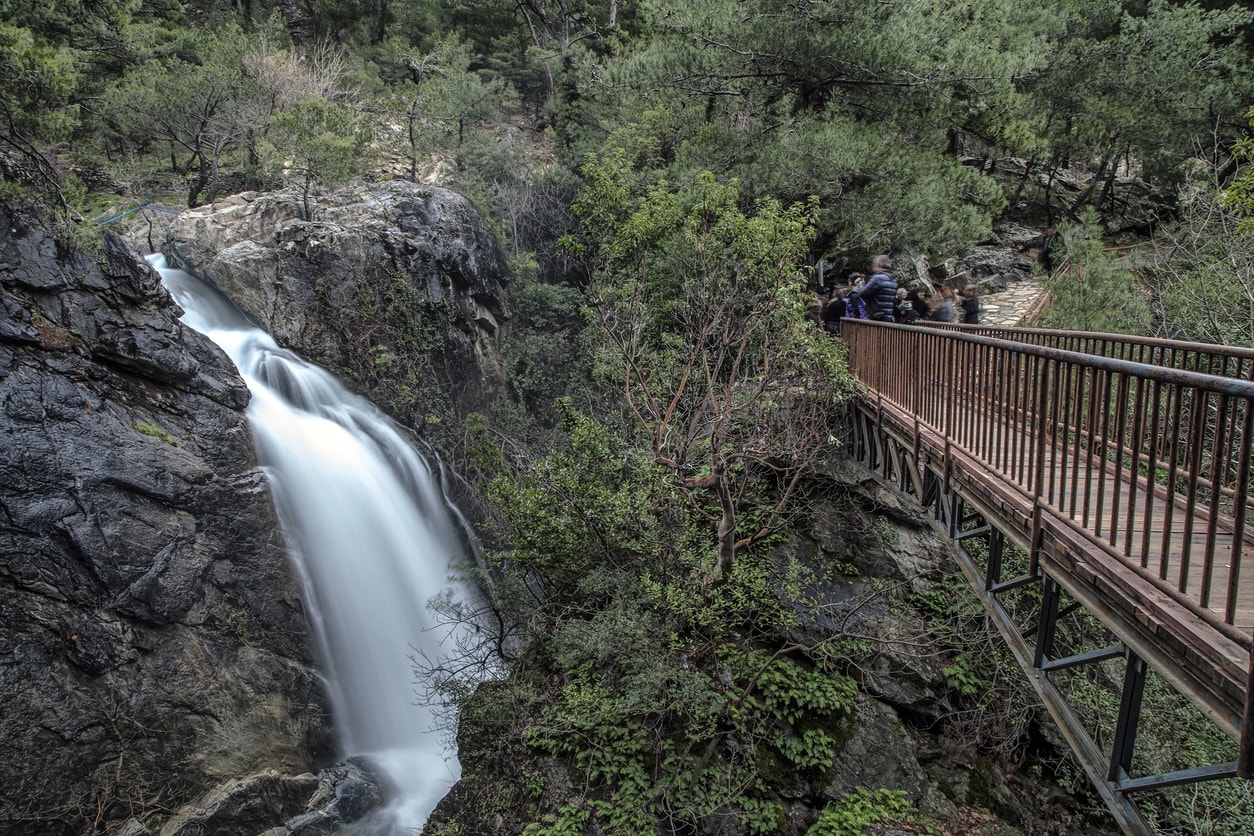 Edremit has a Mediterranean climate with hot and dry summers with mild and rainy winters. The hottest month is August and the coolest month is January. We suggest you to visit Edremit during summer or early spring since the weather usually does not get hot as a typical Mediterranean city because of its latitude. It is recommended for you to enjoy Edremit two or three days.

Places to Visit in Edremit

Edremit is an amazing coastal district with a unique atmosphere and calmness all around. The district welcomes almost 200.000 tourists every year thanks to its well-preserved natural beauties.

Şahindere Canyon is one of the most well-preserved natural sites of its region with its clear waters and hundreds of endemic plants. The canyon is located on the west banks of Mount Ida National Park and 30 minute drive away from the city center. Visitors need to get a special permit to explore the canyon which you can get from Mount Ida National Park Publicity Center. 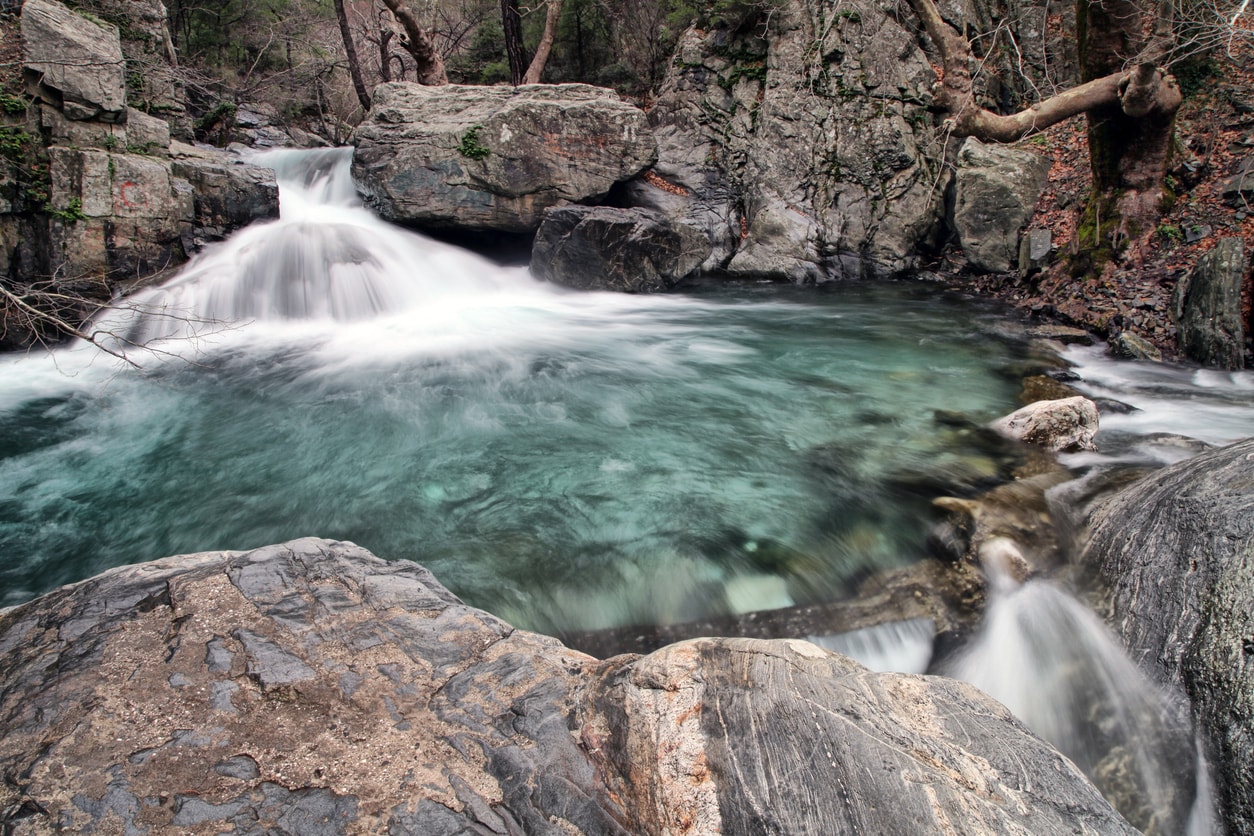 Hasan Boğuldu and Sütüven Waterfalls are one of the most popular natural attractions of Edremit with amazing sceneries and recreational activities. They are located 16 kilometers away from the city center on the foothills of Mount Ida. 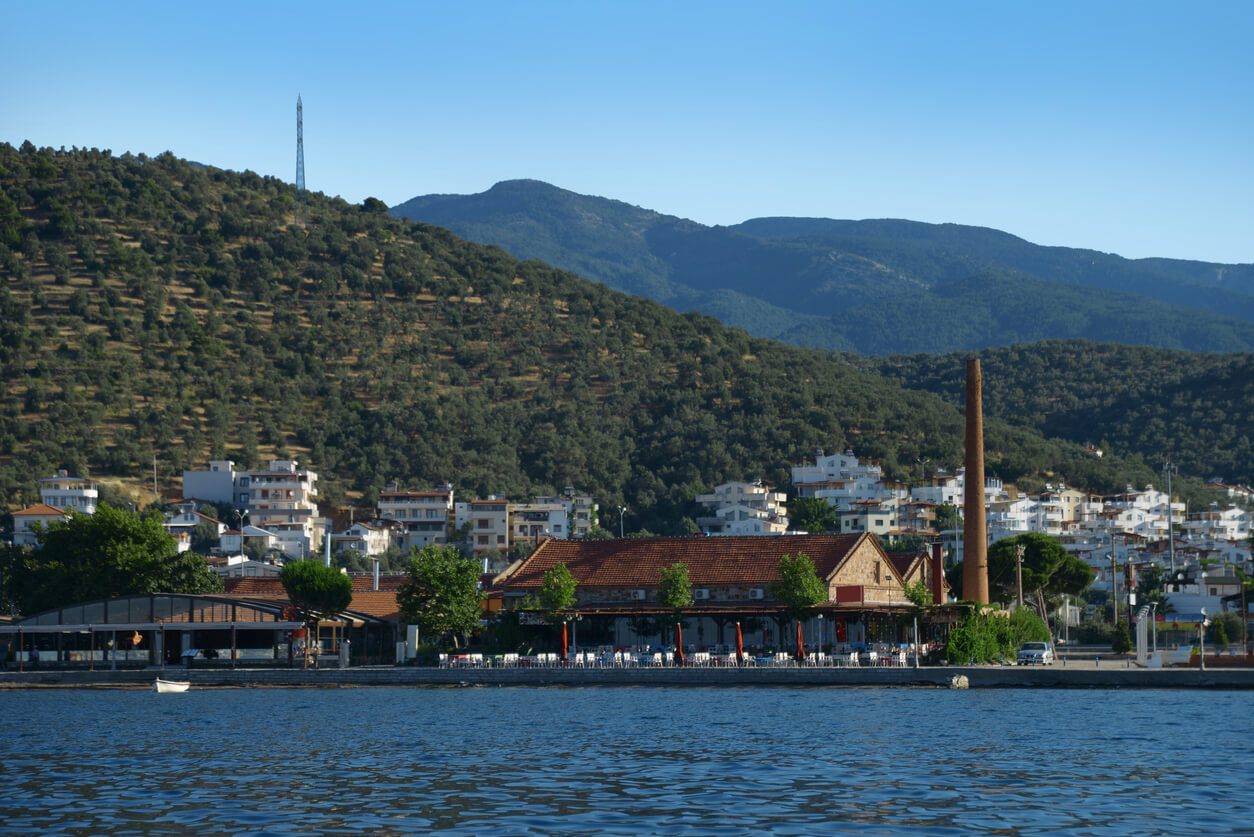 Güre neighborhood is mostly a summer resort and is visited by many international and local tourists thanks to its healing hot springs. Güre is located 14 kilometers away from the city center.

Abdullah Efendi Mansion is a long-standing landmark of Edremit that was built around 1860. The mansion is a striking mixture of Turkish and Greek architectural style and was used as a headquarter during the Turkish War of Independence. Now, Abdullah Efendi Mansion is a museum and a cultural center for Antandros Antique City. The mansion is located 35 minute drive away from the city center near the Şahindere Canyon recreational area.

Where to Stay in Edremit? 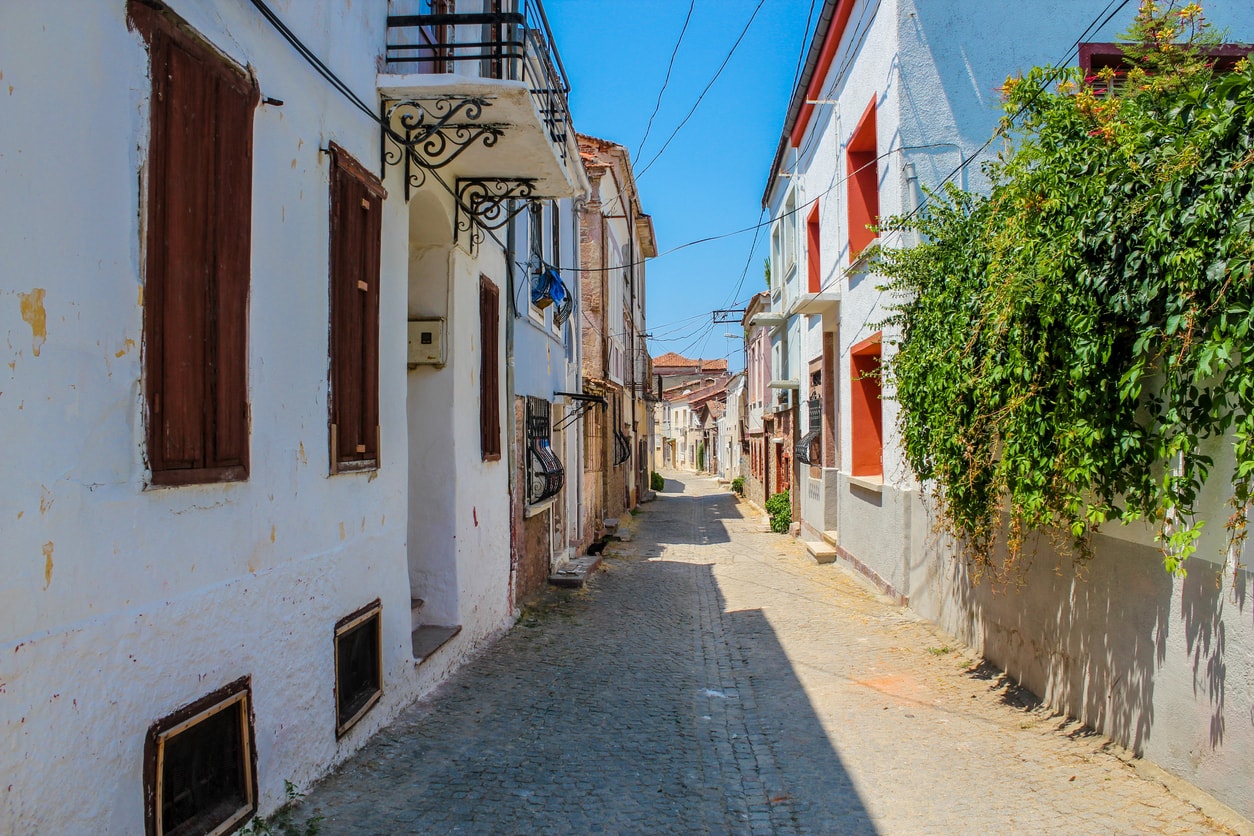 Edremit is a popular coastal city located on Aegean shores and offers a variety of accommodation options to its visitors.

If you are in Edremit to enjoy its amazing beaches and summer activities, it would be best for you to stay in Göre and Akçay neighborhoods. There are many amazing hotels in these neighborhoods and you will be walking distance away from the shore.

If you are in Edremit for a nature-filled vacation, it would be best for you to stay in a camping facility on the foothills of legendary Mount Ida.

What to Eat in Edremit? 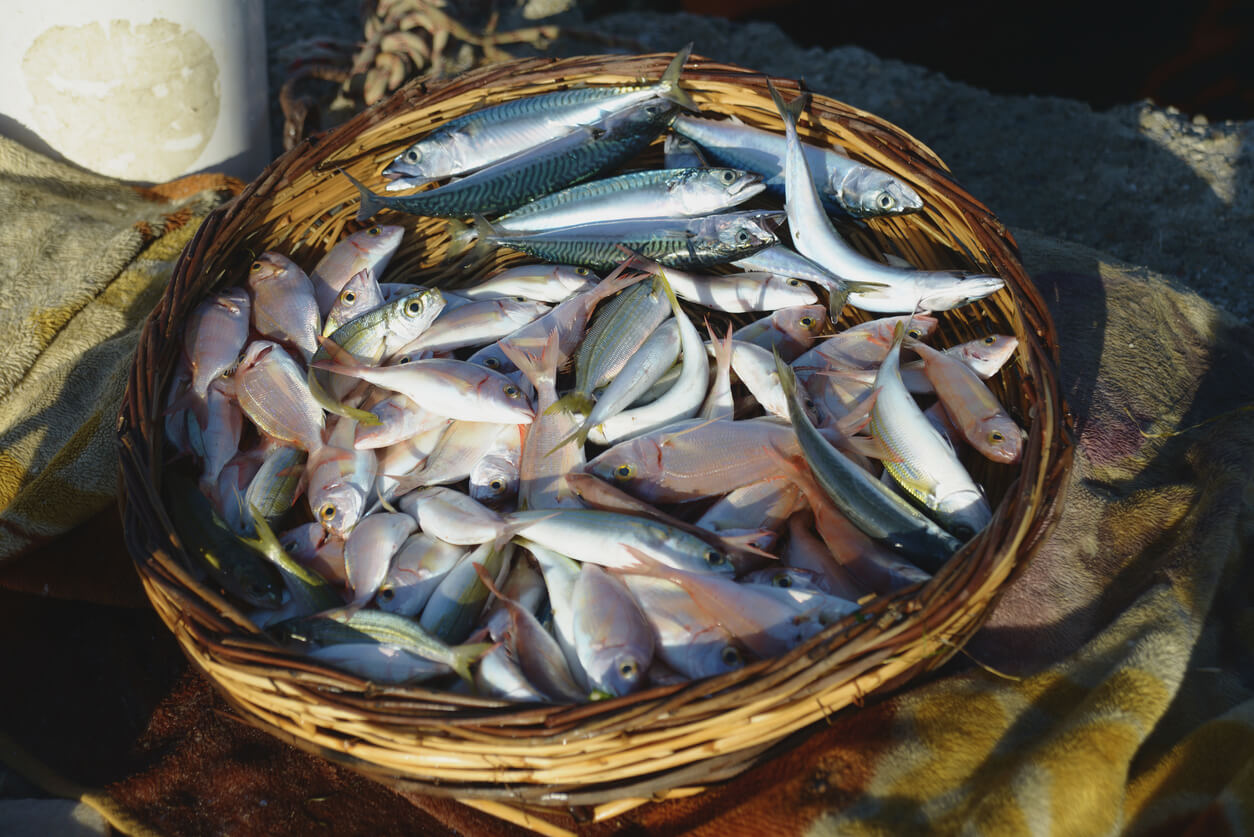 Edremit is a coastal city and is known for its fresh seafood recipes. Its cuisine mostly consists of olive oil, dairy products and herbs. You can also find many restaurants that serve delicious traditional Turkish food. 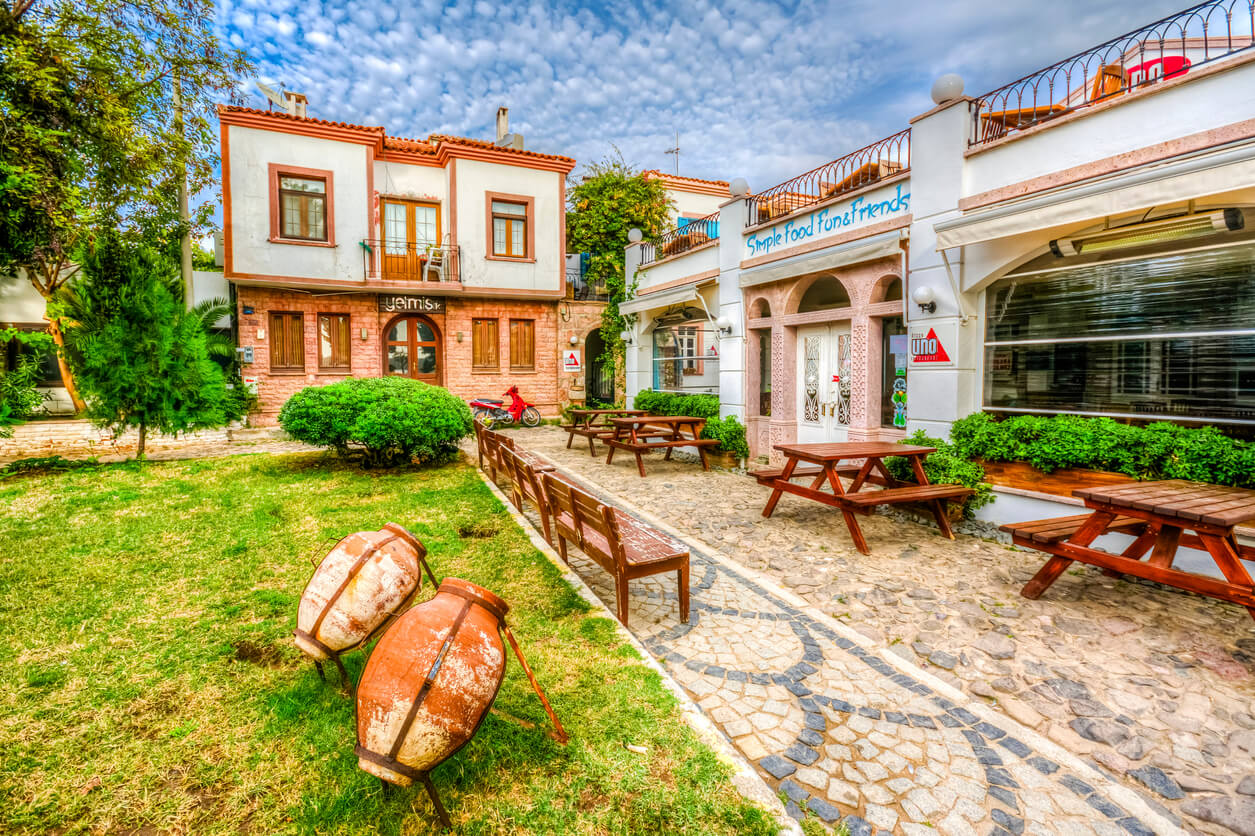 Although Edremit is a fairly small district that is mostly crowded during the summer season, there are many souvenir shops that you can buy authentic souvenirs such as dairy products, fruits, clothing, olive oil, and soaps. There aren’t any shopping malls with international brands in Edremit. 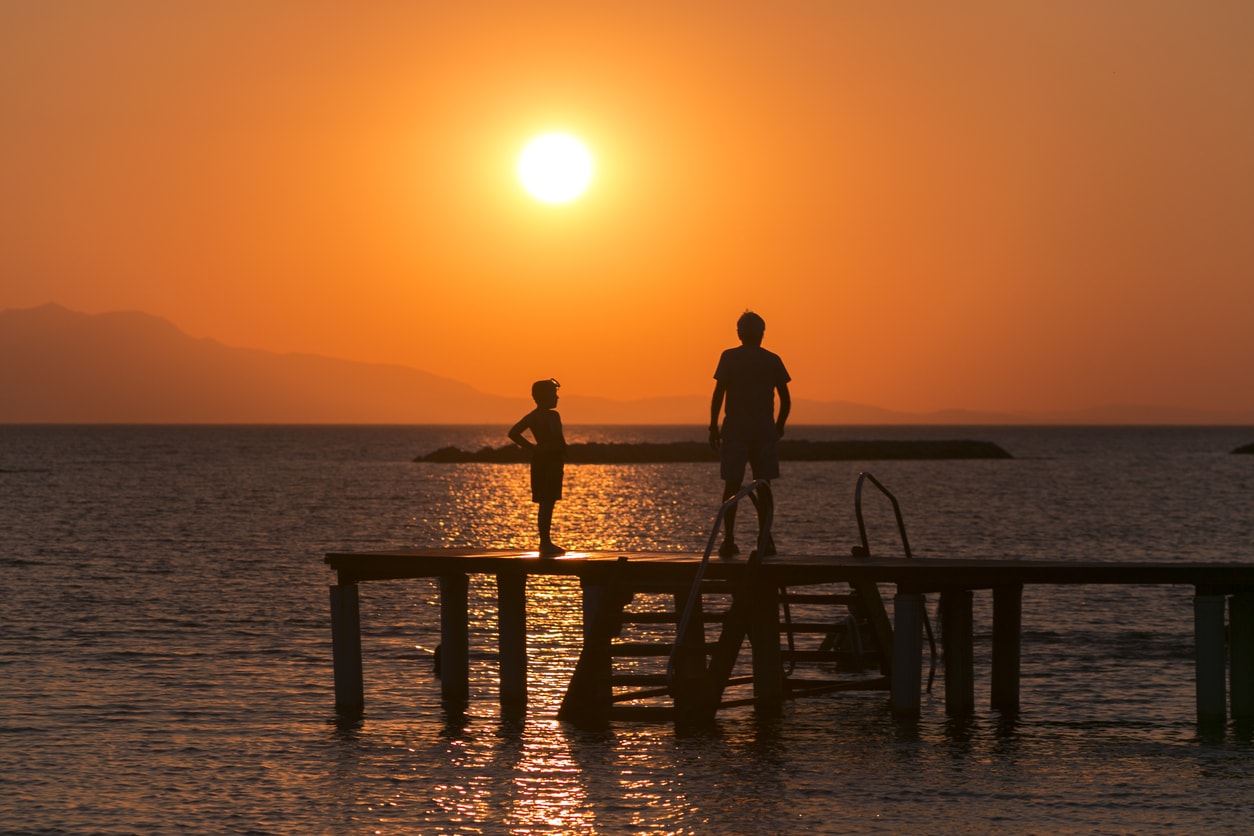 Although Edremit city center does not have many nightlife options, its coastline has many amazing venues to enjoy the night. There are many good places such as “Garage Art Shot Bar” and “Atlas Café Bar” in Leman Akpınar Street next to the shore.

Things You Should Know