Charleroi is the 5th populous city of Belgium and is one of the most characteristic cities of its southern part. Historically, the first steps to modern Charleroi were founded in the middle of the 17th century but before that, the city was already home to prehistoric tribes that participated in commercial activities. Today, Charleroi welcomes a growing number of tourists every year thanks to its historical landmarks and cultural heritage. 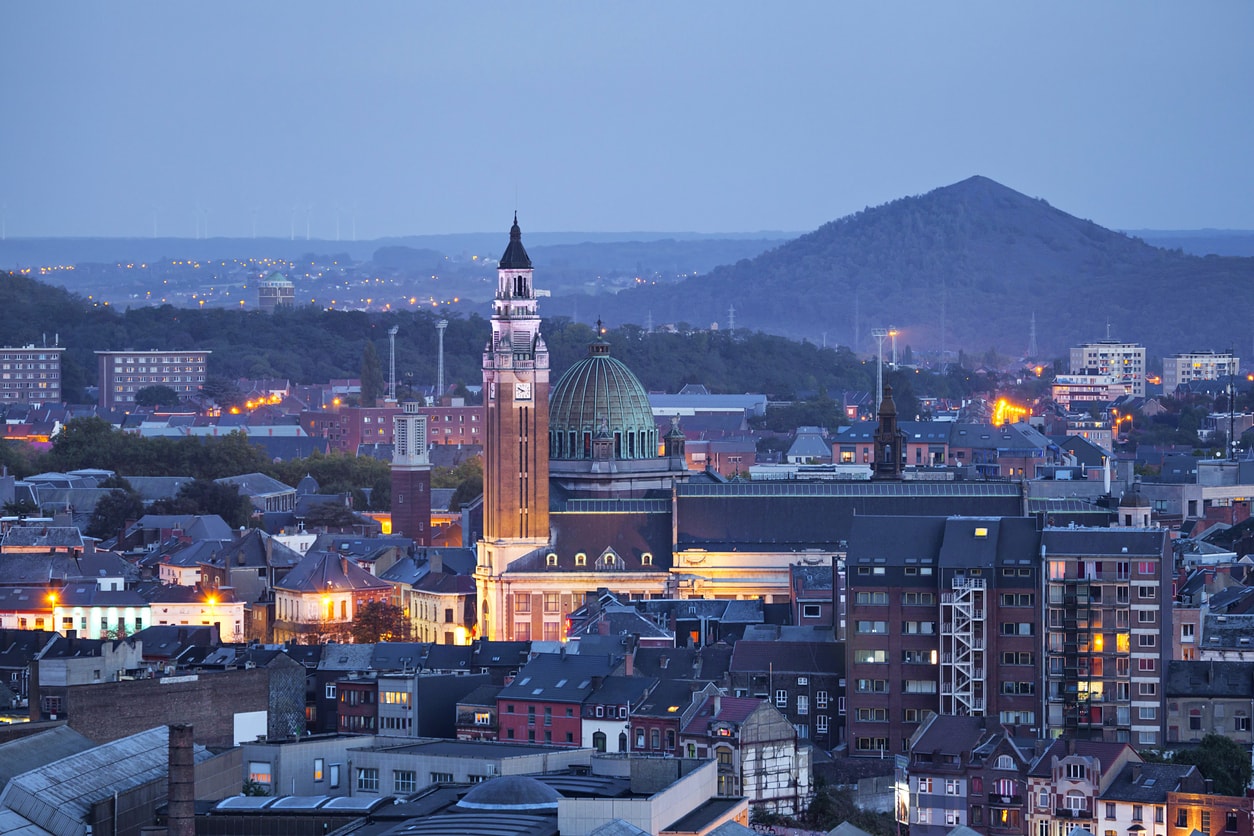 How to Get to Charleroi?

Charleroi is a great city with its unique south Belgian atmosphere and Pegasus Airlines offers direct flights to Charleroi from İstanbul.

Brussels South Charleroi Airport is located 10 kilometers away from the city center. You can get to the city center with public bus, direct bus, taxi and car.

Public bus line 60 connects Brussels South Charleroi Airport to the city center. The trip approximately takes 25 minutes. Direct bus Line A is available for every 30 minutes. There are also many taxis available in the airport 24/7.

You can use public buses, metro, and taxis to get around in the city. You need to buy a “City-Pass” card to use public transport which is available in most stops, kiosks and vending machines.

There are four metro lines in Charleroi and an extensive public bus network that covers every part of the city. You can check their timetables and routes from here. The site is available in French, Dutch, and German.

You can also use taxis to get around in Charleroi. 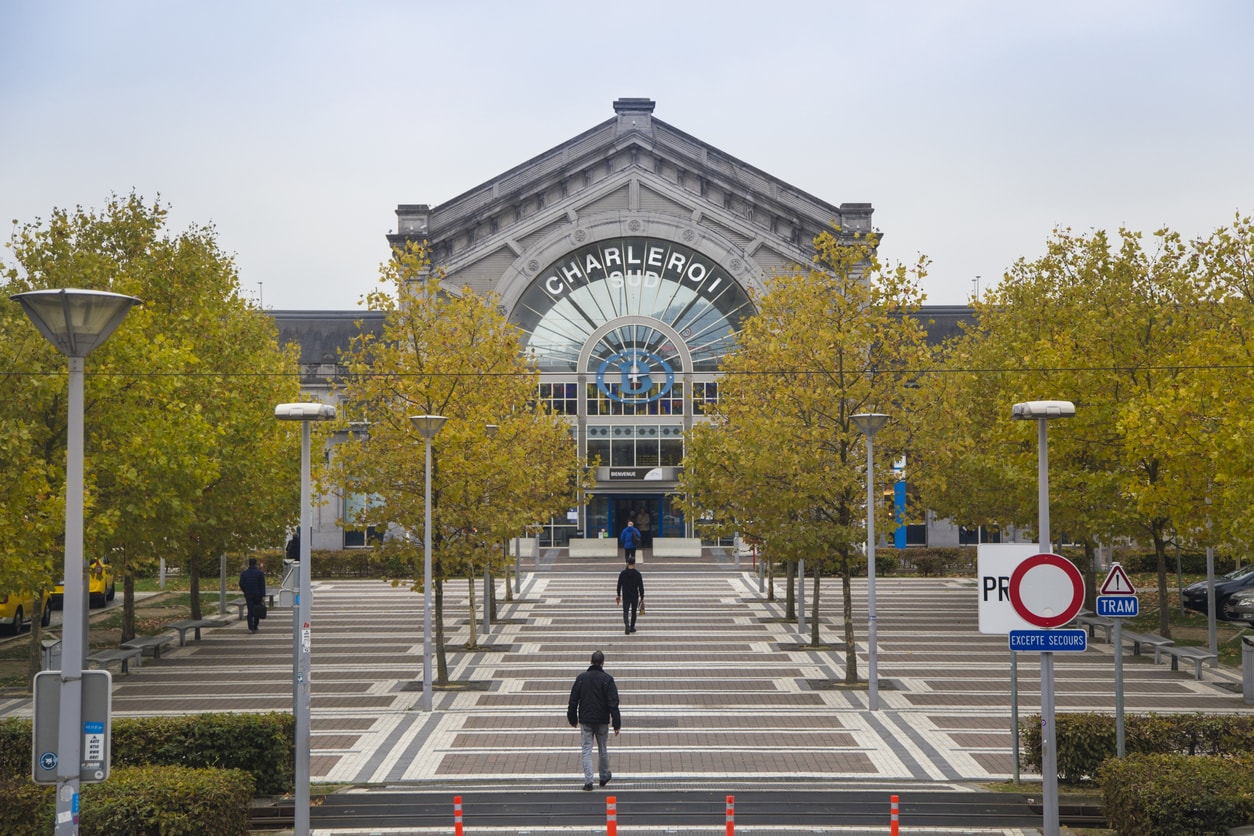 Charleroi has an oceanic climate with the expectancy of rain all year long. The temperature rarely reaches to extreme levels. The hottest month is August and the coolest month is January. We suggest you to visit Charleroi during late spring or early autumn since the chance of rain is lower. In addition to that, Charleroi offers magical sceneries during those times. It is recommended for you to enjoy Charleroi for two or three days.

Places to Visit in Charleroi

Charleroi is a working-class city with a rich history. The city attracts a growing number of tourists annually thanks to its historic landmarks, vibrant art scene and natural beauties.

Bois du Cazier was used to be a huge coal mining site and now it is preserved as an industrial heritage site that includes two museums, “Museum of Glass” that exhibits historical glassware and “Industrial Museum” which displays artifact related to Belgium’s industrial history. Bois du Cazier is located 4 kilometers away from the city center.

Arboretum of Monceau-Sur-Sambre is a castle complex which was built in the 17th century. The castle is known for its exquisite outdoor decorations and is located 5 kilometers away from the city center. 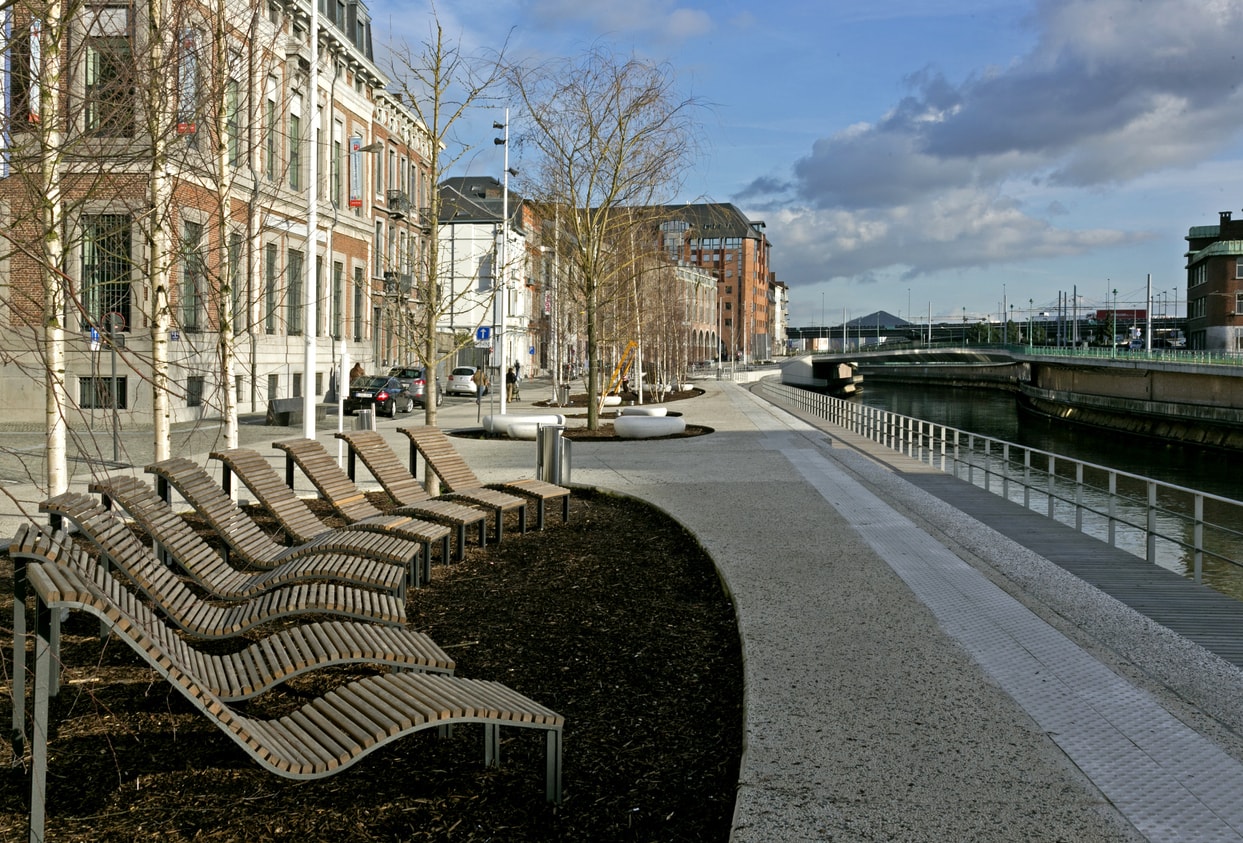 Sambre River passes through the whole city and exhibits amazing sceneries especially during sunsets. There are many cafés, restaurants and recreational areas near the river.

BPS22 is the most popular modern art museum of the city. The museum is always vibrant with many events, exhibitions, festivals, and workshops. BPS22 is located in walking distance away from the city center.

Eglise Saint-Christophe de Charleroi is a Catholic church that was built in the 17th century and is one of the most striking historical landmarks of the city. The church is located in the heart of the city.

Where to Stay in Charleroi? 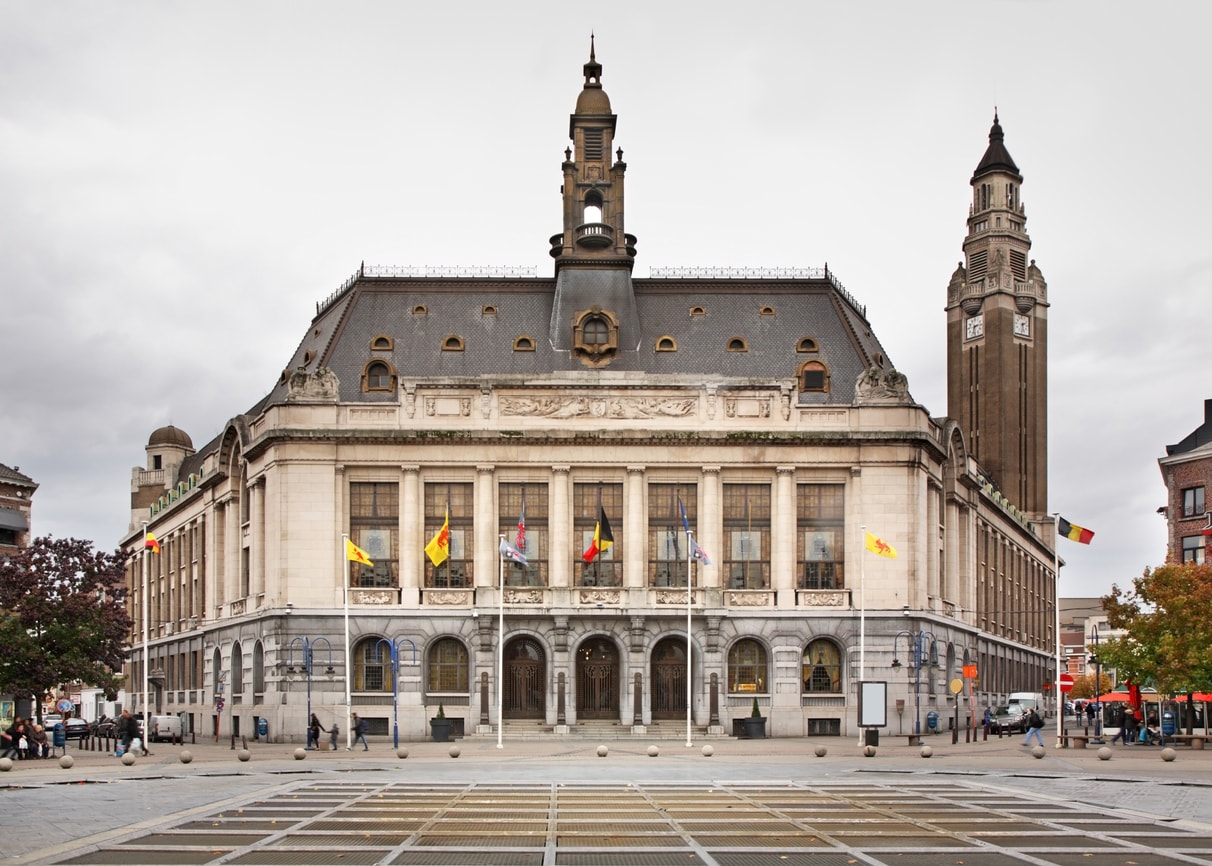 Although Charleroi is a great city with an amazing atmosphere all around, the city does not offer many accommodation options to its visitors.

If you want to be closer to the heart of the city and explore the everyday life of locals, it would be best for you to stay hotels that are located around ”Rue de Charleville”. If you are planning for a shorter and calmer stay, hotel around “Rue Louis Blériot” are located on the less crowded part of the city and they are much closer to the airport.

What to Eat in Charleroi?

Belgian cuisine is all about fusing France, Germany, and Netherlands cuisines into one delicious mixture accompanied by its own mojo. Charleroi culinary is not an exception of this rule while adding its authentic Southern Belgian recipes to the mixture. The city is famous for its street food as well as its uniquely designed restaurants. 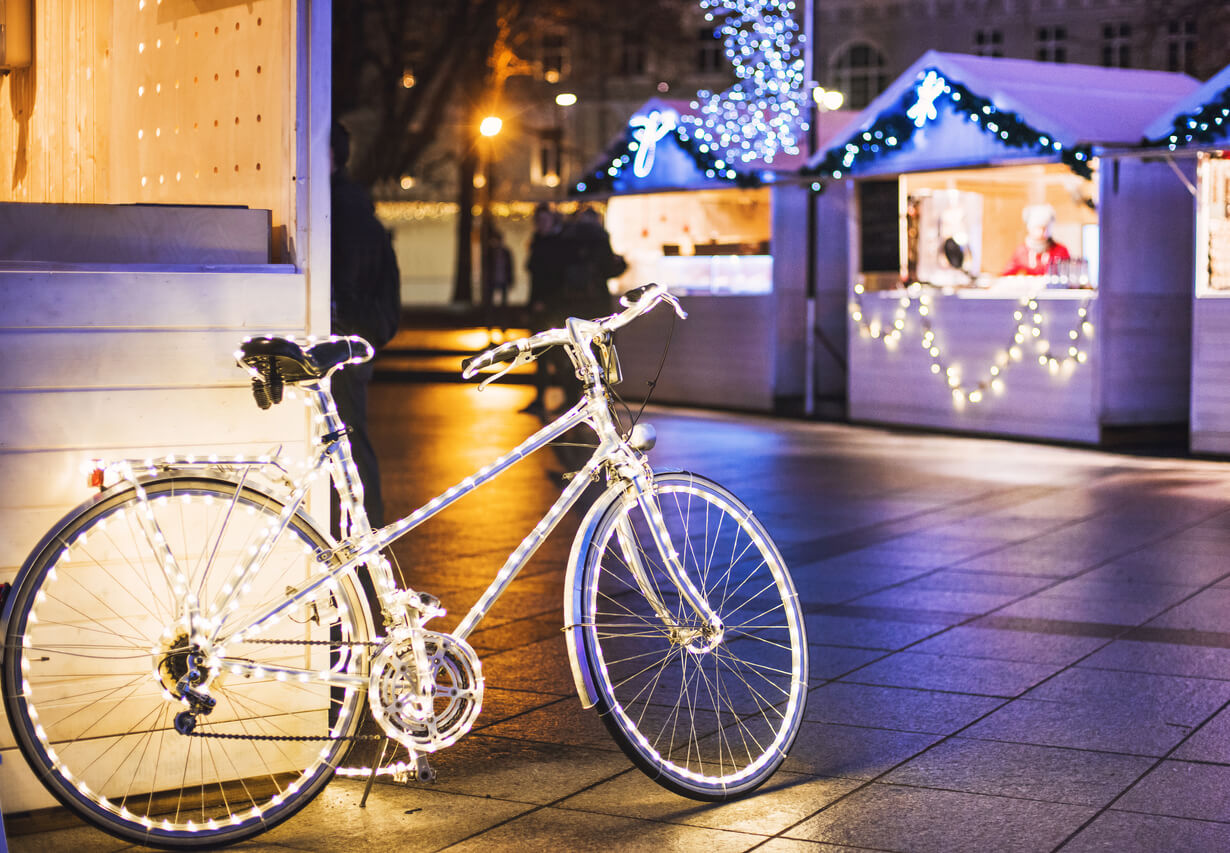 There aren’t many souvenirs shops in the city center but you can find vendors that sell authentic Belgian souvenirs such as Belgian chocolate, manneken, glassware, miniature houses and toys in Charleroi around “Rue de Dampremy”.

“Rive Gauche” is the most popular shopping mall in the city where you can find many of the international brands as well as other local vendors. While the nightlife scene is not as vibrant as other Belgian cities like Antwerp or Ghent, the city offers a variety of pub and café options to its visitors. You can find many pubs around Boulevard Audent, Rue de Dampremy and Rue de Marchienne.”Le Carolopolitain” and “ELYSIUM” on Rue de Marchienne are two of the best nightlife venues in the city.

Things to Know Before Visiting Charleroi