Leipzig is one of Germany's most popular cities with its magnificent nature and unique historical heritage. In recent years, with the success of the football team, the city of Leipzig, has become more popular, and has hundreds of treasures waiting to be discovered.

Leipzig, one of the largest cities in East Germany, is located in the state of Central Saxony in today's Germany. Leipzig has a population of around half a million. With its unique view and historical monuments, you can take a trip to both German and European history in Leipzig. 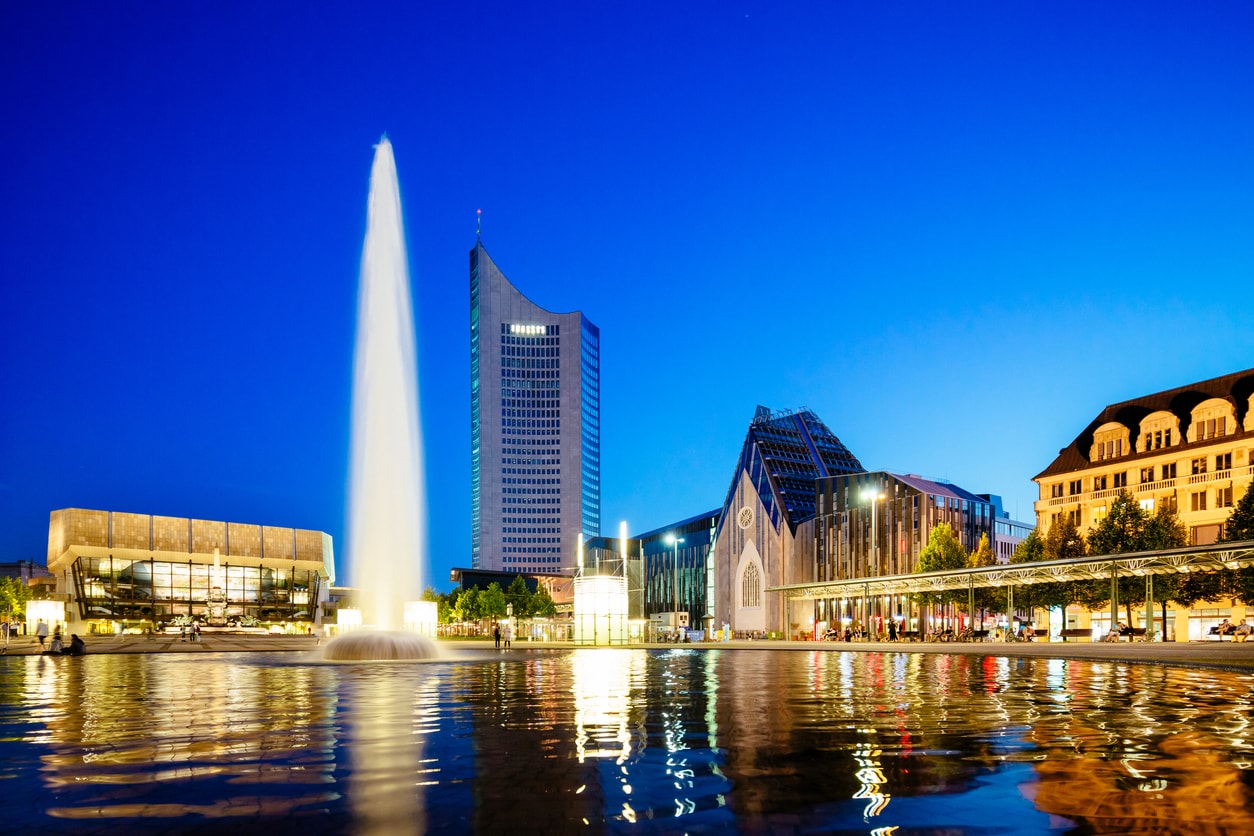 How to Get to Leipzig?

The city attracts attention with its international activities. Every year, people from around the globe come here for festivals, conferences, fairs and congresses in Leipzig. You can find direct flights to Leipzig via Pegasus.

You can also fly to Berlin; from there you can easily reach Leipzig by road. You can also rent a car through Pegasus car rental service to discover Germany with a car.

Transportation from Leipzig Airport to the City Center

You can rent a car at the airport to provide easy access within the city. This way you can travel around the city more easily. There are offices of car rental companies at the airport. You can visit Pegasus car rental service page for best car rental offers. Here you can find the type of car you want after specifying your travel dates.

As many German cities, Leipzig has a large and easy-to-use train line. It is possible to reach every point of the city quickly and easily by using these lines. You can check the train departure and arrival times online. There are also bus and tram services to different destinations in the city.

You can use the Leipzig Card, which you can get from the airport or the city center, and use all public transport. This card also offers a discount on entrance fees to museums and various historical monuments. With the Leipzig Card you can rent bicycles at a discount of 50 percent. The daily fee is 12 and the three-day fee is 24 euros (2019). 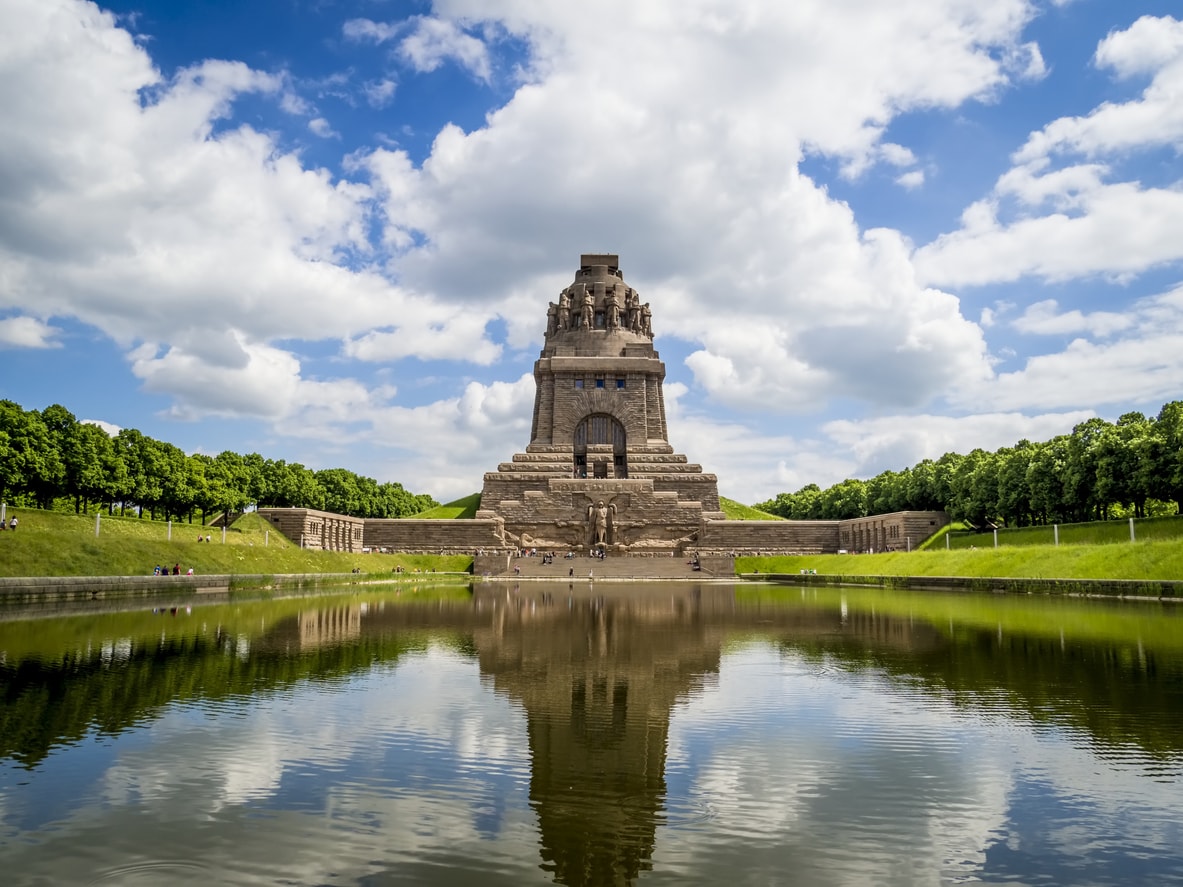 The entire Saxony region has a rainy climate. In almost every season of the year, heavy rainfall is observed in these cities. Leipzig is also one of the rainiest cities in Germany. In addition, the winter months are too cold. However, if you take adequate measures, the climatic conditions are not enough to prevent you from traveling. You can explore Leipzig in any season of the year by planning your trip in advance.

Leipzig has a long-established historical heritage. Numerous historical festivals from both German history and the Roman Empire are still alive today. However, Leipzig's symbols include the famous composer Bach. For this reason, many classical music events are organized in the city within the framework of Bach's symbolic heritage, such as:

There are also a number of music festivals in different types like Highfield Festival and A Cappella Festival.

Places to Visit in Leipzig

Leipzig has a long-standing historical heritage. Therefore, there are many historical monuments that are visited by tourists today. Since Bach is the city where he was born and lived, the places that bear the memory of this famous composer are very popular in Leipzig.

In this historical building, built in the 1500s, the musical instruments and musical notes of the legendary composer Bach are shown to the visitors. The museum also features items that show details of Bach's life. The museum is the favorite place for tourists visiting Leipzig. 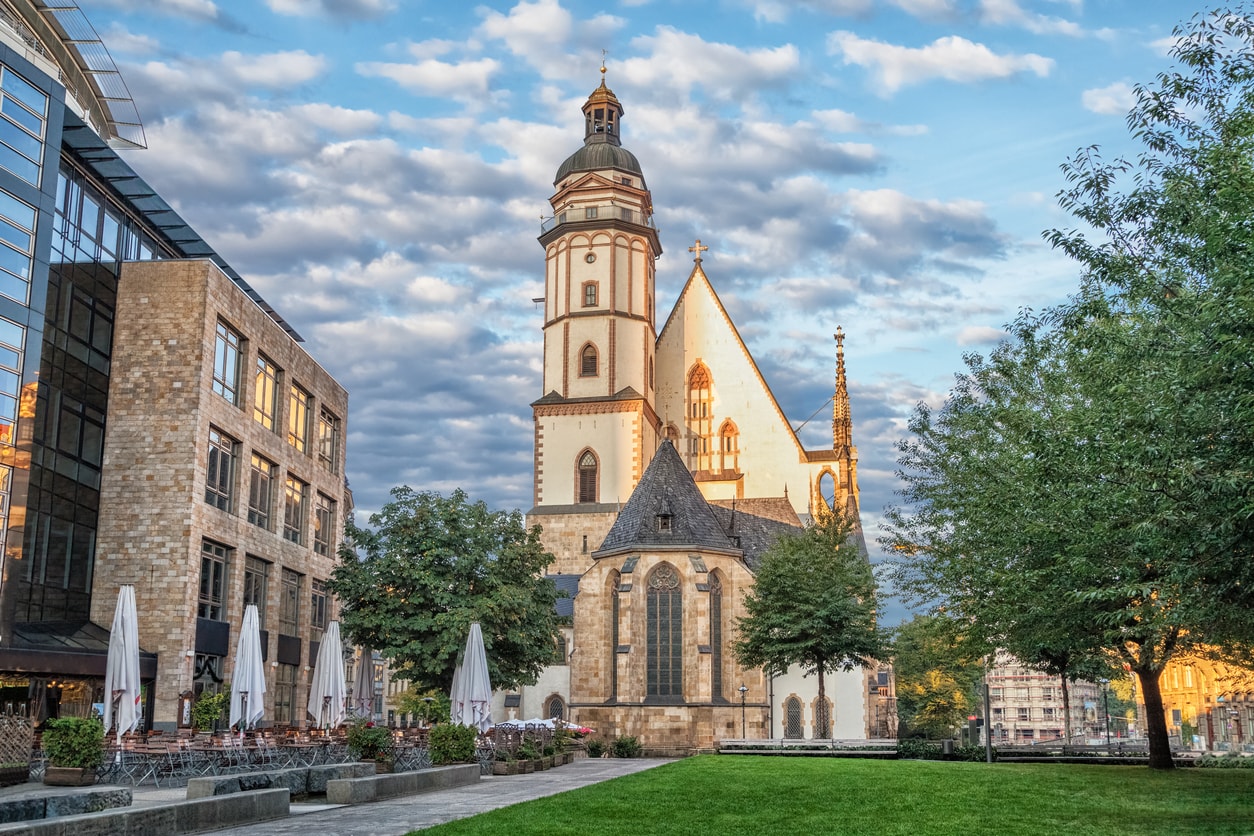 Located next to the Bach Museum, the church is one of the most famous works of European Gothic architecture. Built in the 12th century, it was restored at the end of the 19th century. The church also plays an important role in the history of Christianity. Martin Luther, the founder of the Protestant sect, made an important speech here, so the place is important for Protestants. 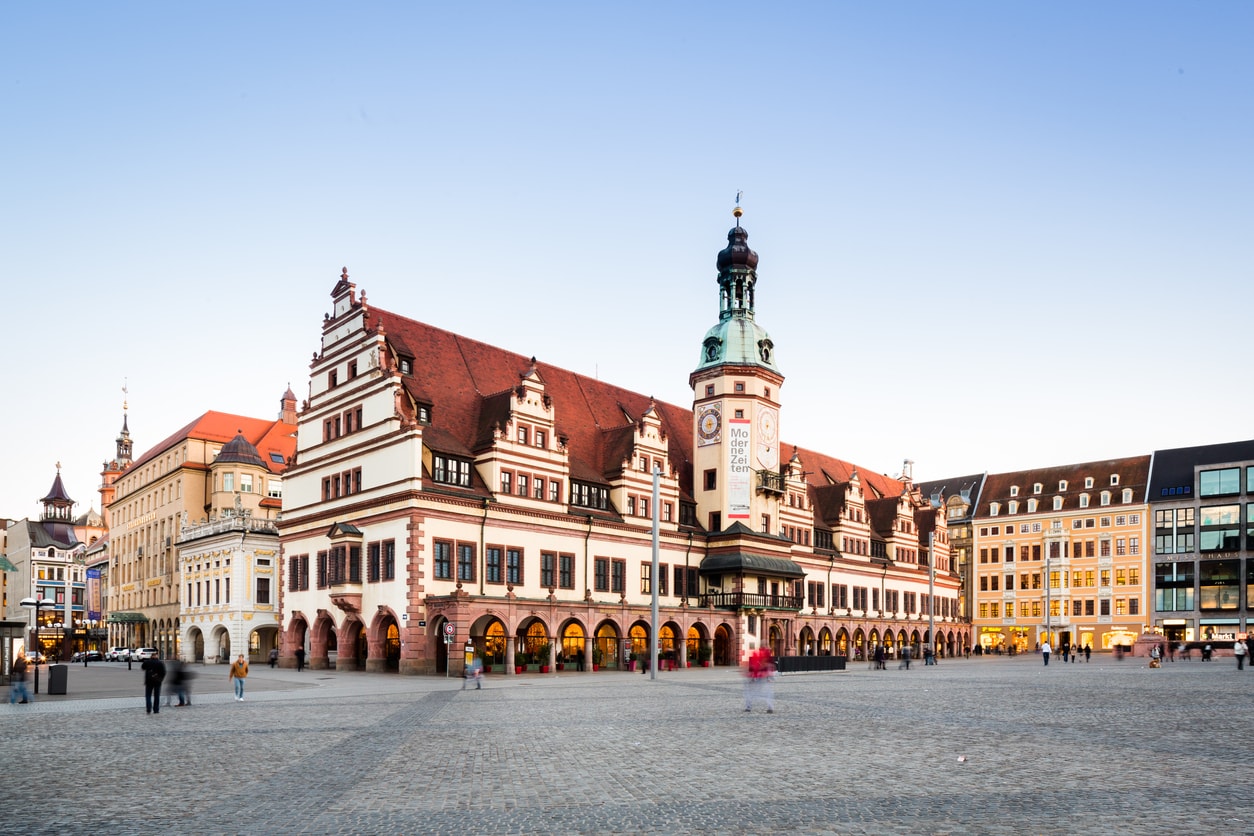 Located near St. Thomas Church is a must-visit place if you want to see how the history of the city plays into modern everyday life. The Markt also contains several other tourist attractions, like the Rathaus building, which is also a museum now.

Leipzig Zoo, one of the largest zoos in Europe, is a stopover for visitors to the city. There are about 850 kinds of animals. The zoo is also the home of many exotic species from snow leopards to Komodo dragons.

Coffe Baum is one of the oldest coffee shops in the continent, which is now also a coffee museum. You can enjoy the historical atmosphere of this coffee shop which became operational in 1717 while drinking its signature coffee and exploring various machines and other equipment for making and drinking this popular drink.

Where to Stay in Leipzig?

There are a variety of accommodation options available for tourists from different budget groups in Leipzig. When choosing a hotel for accommodation in the city, you should consider your travel route.

If you want to explore the historical and cultural buildings in the city center, you can choose between the Intercity Hotel and Steigenberger Grandhotel.

What to Eat in Leipzig?

In Leipzig you can find all the dishes that are common in the state of Saxony, Germany. Among them, dishes made from pork products are the majority. The most famous dish is Currywürst, where sausages and potatoes are included. However, you should also taste the soup called Löffel & Co and the Black Forest Cake.

There are many cafés and restaurants in the city center, where you can taste Leipzig's specialties. There are also branches of popular food chains. 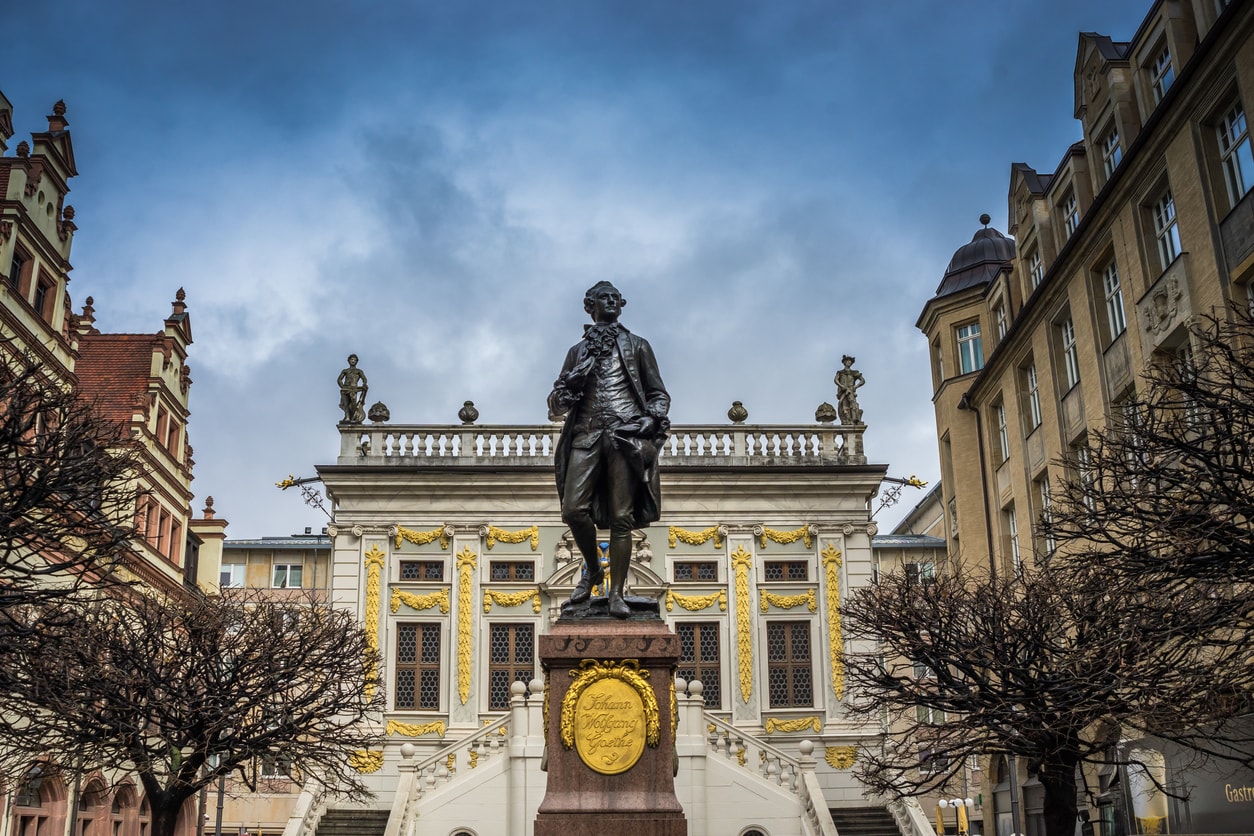 Shopping opportunities in Leipzig are extensive. Both locals and tourists generally prefer large shopping centers. The best known are the Konigshaus and Messehofspassage shopping centers. In addition to the standard shopping, there are hundreds of music and book shops in Leipzig. Specks Hof and Bartel Hof stores are the most famous ones.

As in many German cities, most stores close before evening hours. However, large shopping centers are open until 10 PM.

The nightlife in Leipzig is not very lively. Generally, tourists come to the city center; prefer a small number of pubs, bars and similar places. The most popular of these are the Spizz and Nachtcafe, which are located near the Markt square. Almost all of the entertainment venues are located close to each other in the city center. For entertainment, you can opt for these venues, which are open throughout the night.