Places to Visit in Hannover

Known as the exhibition center of the world, Hannover is one of the most popular cultural tourism spots in Germany with its green areas, parks, magnificent nature and interesting architecture bearing the traces of the Second World War. You may easily visit all the important places by following the 13 km long historical sightseeing route starting from Hannover train station. You can take a closer look at 8 tourist attractions in Hannover.

Surrounding an area of about 80 hectares, the artificial lake Maschsee is located in the south of the city center. Maschsee, the largest lake in Lower Saxony, is one of the most popular entertainment districts of the city with its surrounding restaurants and cafes. It is possible to have fun water sports on the wide lake. Maschseefest, an important traditional festival of Hannover, is held in this region every summer. 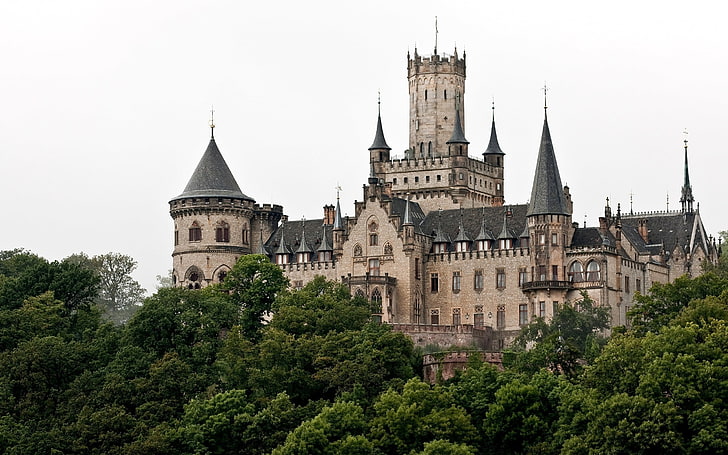 Located about 30 kilometers south of Hannover city center, Marienburg Castle attracts attention with its eye-catching silhouette. The Marienburg Castle, built between 1858 and 1867 as a birthday present to the King of Hannover V. Georg, is considered one of the most important neo-gothic structures in Germany. Today, the magnificent building is also used as a museum and exhibition hall.

Herrenhausen Gardens, one of the most famous baroque gardens in Europe and the world, was built between 1692 and 1714, inspired by the gardens of the Palace of Versailles. Herrenhausen Garden, which has a perfect appearance in spring and summer, has become the symbol of Hannover today. Herrenhäuser Gardens, consisting of the Grober Garden, Berggarten, Georgengarten and Welfengarten gardens, is one of the must-see places of Hannover, famous for its parks and green spaces. 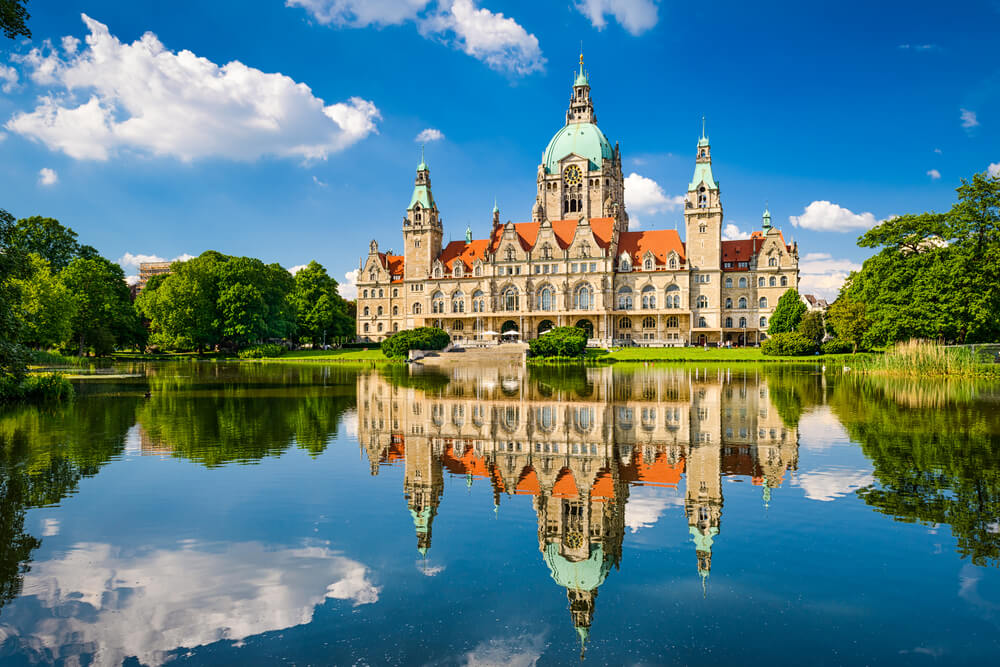 The New Town Hall is one of the iconic buildings of the Hannover. Opened in 1913 after 12 years of construction, the city hall is attracted by visitors today. The New Town Hall, which carries the traces of Wilhelm II, is a magnificent building in an eclectic style. Neues Rathaus, built on an area of 10 hectares in Maschpark, is not currently used as an active town hall, but it houses businesses and registration offices.

There are two city halls in the city. The Old Town Hall (Altes Rathaus) is just as interesting as The New Town Hall. The building, which has a history of at least 100 years, has an eye-catching appearance with its red stones and wonderful workmanship.

St. Egidio Church is one of the most important religious places of the city. This church was built in the Middle Ages. During the war in 1943, the church was heavily damaged. However, it was later rebuilt and opened to worship. Today, the church is considered to be an important monument to the victims of the bloody war.

The Market Church (Marktkirche) is another interesting view of the city. You will hear many interesting stories and legends about it. The original project of the church was so big and expensive that the construction of the church was frozen several times. According to a legend, It is said that there is a tomb of a famous knight named Michael on the wall of the church.