Places to Visit in Sivas

There are numerous places to visit in this beautiful Anatolian city, that are overloaded with many visitors throughout the year. Here is a list of places you should visit while you’re in Sivas. 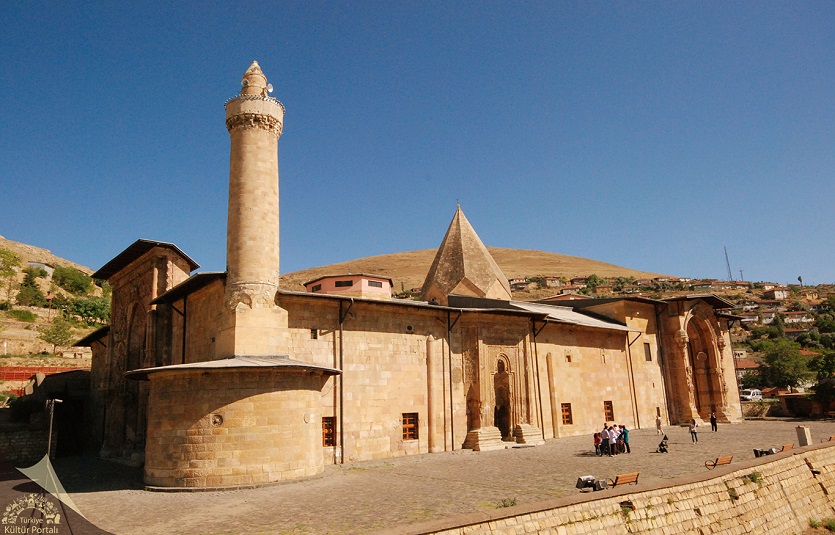 One of the oldest mosques of Anatolia, Divriği Ulu Mosque dates back to Seljuks era. It was built in 1228-1243 along with the Hospital of Divriği. The unique architectural work of Ulu Mosque and Hospital have been included to UNESCO World Heritage List as of 1985.

The Congress Building holds a particular importance in the history of the Republic of Turkey as it was the place where the civil resistance movement was initiated with the Congress of Sivas, in 1919. The structure served as high school until 1981 and then was renovated as a museum where the ground floor hosts Ethnography Museum and the first floor is spared for Atatürk Congress Museum where you can also see the study and resting rooms that belonged to Atatürk.

Built by Seljuks upon Kızılırmak River, Eğri Bridge is 180 meters long. It is slightly tilted towards the northern half and thus was called “Eğri” which means bent in Turkish.  The bridge was laying upon the Silk Road in ancient times.

Lake Gökpınar, located in the Gürün district showcases the stunning natural landscape of Sivas with its amazing colors. It’s a must-see place for those who are seeking a peaceful getaway in the nature.

Sivas is known for its hot springs and thermal spas, which are very good for the health. Balıklı Thermal is among those favored destinations, where you can go on a short retreat during your trip to Sivas. The most interesting part of Balıklı Thermal is that it actually has fish inside, a feature that gives the facility its name.

Another important structure that dates back to Seljuks is the Gök Madrasah and exhibits the main features of Seljuk architecture with an outdoor courtyard. The building embodies the Turkish ornament art in such a special manner. It was used for the purposes of Islamic education for centuries until it got turned into a museum in 1926.