Places to Visit in Izmir

With its 8500 years of history, İzmir has social, cultural and seasonal holiday opportunities both in the city center and in the districts. Cinemas, concerts, theater plays, artistic events, showcases in the center of the city, accompanied by musicians, even walking on the streets gives people peace. In this ever-moving city, it is also possible to slow down life by resting along the Kordon. 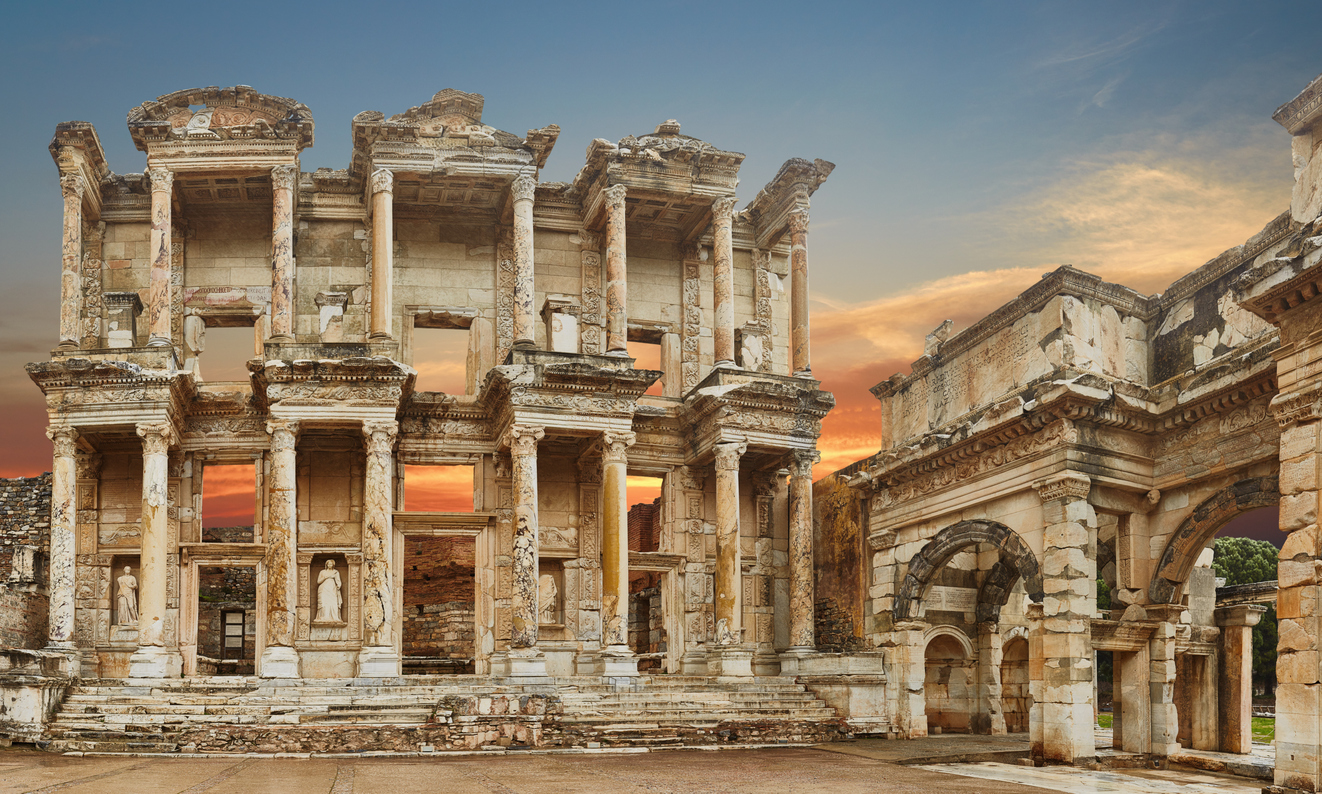 Izmir is the city where you can have chilling vibes, entertaining activities. Besides, you can also discover the history and cultural background of the city like Ephesus. Here are the places you should visit in Izmir:

Clock Tower, one of the symbolic figures of İzmir, was built upon the request of the Grand Vizier Mehmet Said Pasha in memory of the 25th anniversary of the reign of Abdulhamid II. The architect of the tower is the architect who also built the German Consulate. The tower clock was given by the German Emperor Wilhelm II. Since the construction date of the tower, since 1901, this watch is still working today. You can reach the Clock Tower by all means going to Konak, especially the city transportation vehicles called ESHOT.

The Archaeological Museum, which was first opened in 1927 at the Hagia Vukla Church, gained a deserved museum building in 1984. In this modern building of 5000 square meters within Konak Bahribaba Park, you can see the works of almost every period from thousands of years to the recent history. You can use all means of transportation passing through Konak to reach the museum.

İzmir, which has been in the most important position of the region for thousands of years, is also the center of trade thanks to its advantageous harbor. In the past, various products from within the country were brought to Izmir and sent to abroad by sea. This situation makes İzmir, especially Kemeraltı, the heart of trade. Today, the historical Kemeraltı Bazaar does not have international commercial activity, but it is still alive.

It is estimated that the Izmir Agora was built in the 2nd century BC during the Roman Period. İzmir Agora is one of the largest and most robust agora ever. The artifacts from this historic site are on display at the Izmir Archeology Museum today. This city, which is connected to the Roman Empire, had the right to build a temple on behalf of the emperor, one of the most prestigious rights of the empire, three times. The ancient city, including the Agora, also has one of the world's largest theaters and the stadium. The most effortless way to reach the ancient city is to use the metro. You can reach Smyrna after a 5-minute walk after getting off at Çankaya from the metro.

The church in Çankaya is one of the most magnificent temples in İzmir. The building, built in 1625, is an architectural structure at the peaks of aesthetics with its frescoes that are even more visible after the last restoration. The church, one of the oldest witnesses of the tolerance of İzmir, is opened for visits from time to time. The church is located in a very central location in the city. There is no charge for entrance to the church. Located next to Çankaya Square, the church is a 10-minute walk from the historical Kemeraltı Bazaar. The easiest way to reach the church from any part of Izmir is by metro. After you get off at Çankaya metro stop, you can reach the church by walking 200 meters.

Watching the blue sea from green grass in Kordon which is one of the symbolic points of İzmir is one of the most enjoyable things of the world. You can also increase this pleasure with a dinner with Kordon views. Located in Alsancak district, Kordon Boyu is easily reached by bus and metro.

Bodrum Bay, where the beautiful sea of Karaburun meets, has recently been preferred especially for water sports. Entrance to Bodrum Beach is free, but you may have to pay a little for the sun beds and umbrellas.

Sazlıca Bay is l ocated in Foça, this beautiful bay is almost created for those who like to camp out to sea. If you plan to camp here, the camping fee is 25 TL per person (2019). You can rent sun loungers and umbrellas when you pay 20 TL when you go to Sazlıca Bay's Beach, which is located on the 7th kilometer of Yeni Foça-Eski Foça Road.

Bademli Bay and Fame Beach: Dikili has a beauty blessed by god, and Bademli Bay proves it. If you want to have a holiday in this bay that is reminiscent of paradise with the cleanliness of the sea, you can visit Fame Beach.